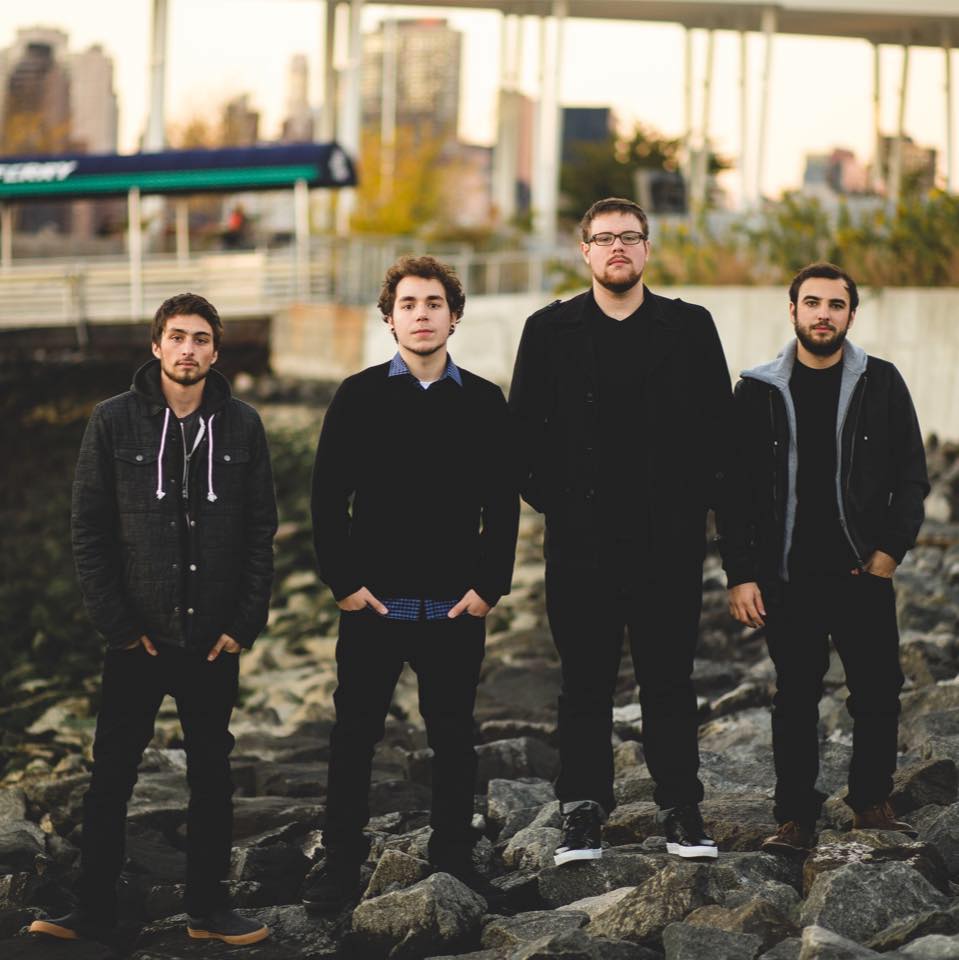 Reckless Serenade took a moment and had a chat with Music Existence before their set in their home state of New York. The band formed in 2012 and since then, the group has created one full length album and most recently their third EP titled, “Out Here“. Reckless Serenade is a composite of many styles and genres of music from alternative rock to pop. The members create music that they love and express that emotion on stage with their sound and energy. For this interview vocalist Cory Brent and guitarist Mark Neidhart shared some of their favorite moments from being on the road, to discussing musical influences with a little bit of everything in between.

ME: The origin of your band’s name is a reference to an Arctic Monkeys’ song, any particular reason why?

Cory: It’s more of a title, we felt that the name Reckless Serenade goes more with what we’re trying to do musically. Which is to combine as many different genres as we can, stuff that doesn’t really go together, try and put it together.

ME: Any influences aside from the Arctic Monkeys that you want to channel through your music?

Mark: We have so many. Foo Fighters, My Chemical Romance, Twenty-One Pilots. Lately we’ve been getting into groovier stuff like Great Big Pile of Leaves, there’s just so many songs, so many artists that we’re into right now

ME: Do you feel that the location of where you’re from has had any impact over your music?

Mark: Not necessarily, I think we’d be playing the same stuff no matter where we were from. As far as playing out, I think it helps and also hurts us a little playing locally; there aren’t too many places for us to play. But as far as the northeast there’s a major city every three hours so it’s good that you could hit all those places pretty quickly.

Cory: As far as region the only thing that I could say that might affect our music is the personality of New Yorkers in general. We’ve never really thought about it.

ME: Northeasterners, we get a bad rap, but we’re actually pretty awesome people.

Cory: Yeah! We’re some of the greatest in the world.

ME: As this tour is coming to an end, what are some of your best and worst experiences on the road?

Mark: Nashville I would say was the best. But how about you (points at Cory) tell Nashville and I’ll tell Florida?

Mark: First Jacksonville, Florida we played at Jack Rabbit which is a pretty cool venue. Then after the show we hung out at the beach for hours in the middle of the night. It was so cool, being on the beach with your friends in Florida, a new place. It was the first time we were all there together.

Cory: Nashville was kind of magical in its own way. It’s a Monday night, we get in and in any other city I feel it’d be like a little dead. But with these guys, every single bar we went to was packed with people and packed with bands. It’s insane, an incredible vibe.

Mark: There’s at least twenty bars on this one street, and every single one has someone playing live music inside.

Cory: As far as a low point…

Mark: I would say we didn’t have one! I would say the low point would be when it’s over. (Cory nodded in agreement.) We’ve all been friends for a really long time. We all just really like each other.

Cory: We all have the same basic interests. Common goal.

Mark: We’re all like five of the same dude. We just all look a little different.

ME: Any home comforts that you must have with you on the road?

Cory: I brought my favorite pillow for sure.

Mark: I got into this coconut drink back home and we were looking for it everywhere when we were on tour. We only found it like a couple of times but it was definitely something I was trying  to have.

Cory: You know what the real home comfort was?  It was the home grilling.

Mark: Oh yeah , yeah, I think you’re right! We were grilling up every night.

ME: After watching the music video for Pretty Monster, what happened to you at the end Cory?

Cory: It’s open for debate. I don’t think anything too good happened after being dragged away.

Mark: Cory’s the one that almost got away. Shout out to my friend Andrew Keyser he does all our videos, and he did that one too. He’s really good.

ME: If you could open for any band right now, who would it be and why?

Cory: I agree with that. I think A Day To Remember are awesome, it’s not like a stretch for us to play with them. Obviously we have a pretty different sound but at the same time there are a lot of basics in there that are similar.

ME: Any suggestions or advice that you might have for anyone who is trying to start a band?

Mark: I would say if you’re starting a band, definitely start it with people that you like. Or with your friends, because we are all really good friends. There are so many instances where bands are on tour and they just get sick of each other and get into fights. I can’t think of one time any of us ever been in an argument. Find people that you are comfortable with. This has been the longest tour we have been on and we just had a blast the entire time. I know that other bands that could be on the road for two days and they want to kill each other.

Cory: Don’t be afraid to try new things. I feel that there are so many people that all like the same band and then they want to write the music from that band. You can’t really branch out when you pigeon-hole yourself like that. It’s always good to listen to new music and try new stuff.

Mark: It varies from song to song. Usually me and Cory will come up with a riff or come up with something and we’ll sort of get the bare bones or outline of a song. Then we’ll bring it to the rest of the band and everyone throws their own ideas in and we’ll just take it from there as a group.

Cory: It’s one of those things where it’s a lot easier to have an idea to go off on when you’re showing it to three or four different people. ‘Cause one you’re all throwing in ideas at once without a basis to start on it gets really hard to get your ideas across. We all get our spices thrown in, it’s one of the things that I love about this band. Every member has their own special thing thrown in. I don’t think that any member would say that they felt like they haven’t been putting in their ideas. Everyone who is in this band, has a very big part in it.

Mark: Cory writes all of the lyrics but as far as writing the music we always want to have everyone’s opinion involved. That’s what makes us Reckless Serenade. For example Matt, our drummer is hugely into metal and we have everyone add their inspiration for each song.

ME: Have you, Cory, ever forgotten lyrics on stage?

ME: Did people notice?

Cory: Uh you know what? Maybe if it was a cover. I feel like I’ve probably messed up a cover. Yeah, I did a Jimmy Eat World cover last year, I messed that one up pretty good.

Mark: If you’re sticking around you might catch one tonight.

ME: Where do you see yourselves in five to ten years from now?

Cory: That’s basically the best way to put it. Performing at a lot of sick shows, in arenas. At the end of the day we’re just trying to write the best music that we could write. Get our music out to people that are in need to listen to something comforting to them.

ME: Any special shout outs?

Mark: Shout out to my dude Logan in Statesboro, Georgia. He came through the show and brought out all his friends. ‘Cause we had played there once before and he was like one of the only people there. But this time we played there he brought a bunch of people and that was really cool. Carson and Claire, those are two kids that drove all the way out to Atlanta and then all the way out to Nashville to see us and they are from Georgia.

ME: Lastly, any message you want to send out to your fans?

Mark: Thanks for liking us!

Cory: Thanks for sticking with us through all these years.

Concert lover, music fanatic. If it sounds good to me, the rest doesn't matter.
@njaziaddict
Previous Album Review: Renaissance Kids – Another Life EP
Next Nick Festari Beyond Dance Music “This is me… Slower and Faster” EP