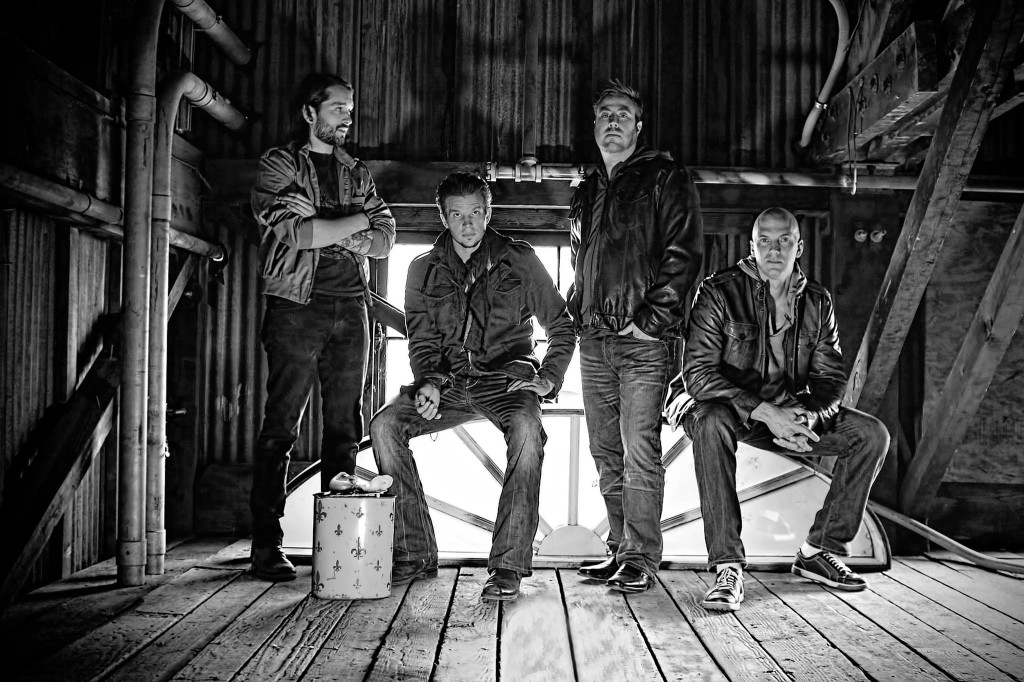 Labels should help you find things in a store or a website. It’s a tool for categorization. However, where I jump off the train is when using this practical marketing tool attempts defining the essence of something unfixed. Any artist or creative collective in any medium aiming for some kind of lasting impact never lands in the same box time after time. They are forever moving and adjusting their aims according to their personal, and often subconscious, compass. Portland’s One From Many write and perform entertaining music, but they are far from mere song and dance men. Sharing stages with notable national acts like Everclear, 3 Days Grace, and Presidents of the United States of America should assure listeners that this band is far more than merely competent. However, the band’s newest EP release 29.11 reveals a wide reaching artistry extending past labels, dogma, or cultural taste.

The album ‘s stylistic bent has a distinctly singer/songwriter thrust. Acoustic guitars abound and the EP’s opener “Like a Ghost” sets the tone. The track’s luxurious, slightly dreamy melody contrasts sharply with the regret and disappointment clouding the lyrics. The musical crescendos are largely vocal-driven and it’s no weakness, but there is a strikingly beautiful guitar solo near the song’s end. One From Many’s lyrical depth derives much of its merit from a seamless meeting of the familiar and personal. Instead of relying on clichéd or stock imagery to drive the content, “Like a Ghost” recasts relatable sentiments in an unique, but accessible, way.

“These Three Words” covers familiar thematic ground with its subject matter, but One From Many again marks the territory for their own with fresh language and a soulful performance. The vocals never strain for effect and bring gravitas and compelling theatricality to the song when they take the occasional big moment. Melody is the single strongest force pushing these songs and it lends them a distinctive texture missing from many modern songwriters. “Apology” has a moodier musical air than the first two tracks and incorporates much more expansive sonic textures. This is music that breathes and its relaxed stride helps build the musical movement up to a climatic electric guitar solo. One From Many’s bravery shines through here with an earnest, eloquent lyric that many performers wouldn’t risk.

The light country air of “Promise Forever” carries on the acoustic blueprint defining 29.11 while nevertheless championing elements of Americana music earlier tracks forsake in favor of a poppier flair. Once again, One From Many never cheapens things – their traditional and modern inclinations alike find firm, credible footing in every song. “Promise Forever” is another all-around triumph. The sleepily paced finale “Afterglow” turns its eye back to a failed relationship and assesses things with a plainspoken poetic sensibility. Nearly all of 29.11’s songs have a strongly elegiac and none more so than this introspective closer.

One From Many are a breath of fresh air in an increasingly plastic world. If the primary dictum for any serious popular songwriter is to plumb deep into the well of human experience and communicate what they see to a waiting audience, One From Many succeeds spectacularly. This is atmospheric, melodic, and intelligent rock and roll with deceptively nimble musical dexterity.

Wilber Leon is a singer/songwriter and rapper based in Seattle, Washington. Having marked the late …