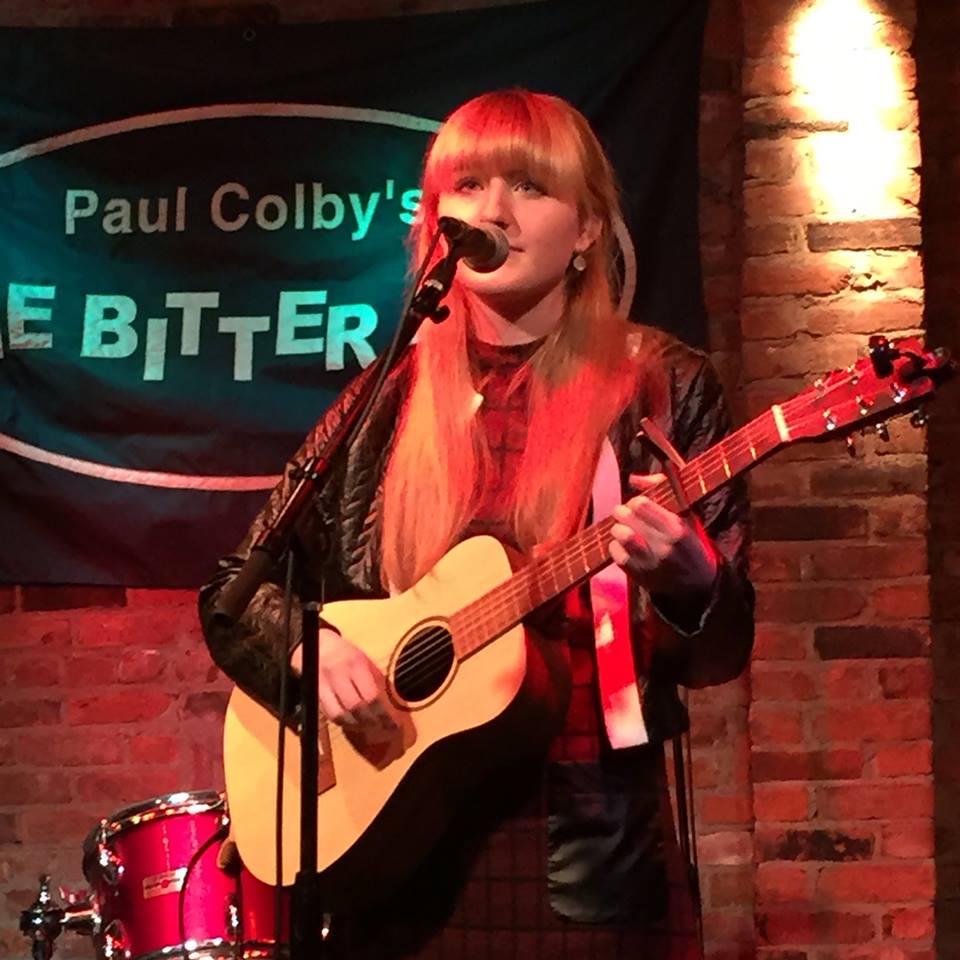 Chloe Collins is a teenage singer/songwriter/musician. Chloe started singing when she was just a toddler, people took notice, and she has never stopped. When she was 8 she learned a few guitar chords to a Hannah Montana (Miley Cyrus) song that she liked and wanted to learn how to play herself. She took to the guitar quickly and in just a few weeks was singing and learning to play songs by her idols like Taylor Swift, Ed Sheeran and Katy Perry.

All of these tunes have a great vocal touch with lyrics you wouldn’t normally expect from a 15 year old singer, and they get more likeable as the record progresses. The first two tracks shine so well that it gets easy to spot any weaknesses, the balance does get a little off in places but it takes nothing away from the impact of every track as they stand on their own feet alone, as well as together.

Opening with “All Over Again,” she cuts out a singer/songwriter name for herself in one fell swoop here. All of the qualities that make a good pop song can be found here but with her own unique stamp on the form. It fits that radio vibe but at the same time she does it like no other on this extremely well recorded tune about reminiscing about the better aspects of a relationship. There is no schlock here, it’s all very carefully written and recorded.

The next track “Rearview Mirror” almost verges on some of the same social-political themes but with more of a candy pop flavor and a strong hint at her country stylings. This is a bold vocal performance with the lyrics hitting home with anyone trying to break out of the small town static norms. She takes her voice to places not found anywhere else on the EP. So far this record bats two for two, yet covering opposite ends of the spectrum. But more guitars kick in as the songs build.

On “Forget Your Name” she proceeds to hit a grand slam out of the park with an energized rocking track. This is yet again completely different without stepping completely outside the comfort zone. Just when you think more of the same is coming, she takes a left turn with this, nailing every mark in sight with a traditional feel that keeps it together. If there is one track that cannot be totally categorized, it’s this one. While it does contain some innocence, it also has a wild side.

“My Goodbye” is another winner that holds its own with the rest. This is another well written song, and as solid as these other tracks, with perhaps a few less bells and whistles applied. It somehow maintains the standard though, dealing mostly with regret. It both blends in well and provides just the right amount of contrast thus far. I wouldn’t consider it the best nor worst here. But it probably loses one of, if not the only point for me. That is not to say I don’t like it, she just misses a step in the overall songwriting and recording effort if I were to compare this track to the others.

All of what Chloe has to offer can be found here, but it’s the EP closer that takes it a step further and leaves me wanting to hear more and more from her, as “New Nightmares” seems to be in another world. This is where you wish the record was just starting, as the energy and creativity are squeezed to the last drop. This song would sit just as well at either end of the EP, as it combines all that is to be found on it and more. This is a track about letting it all hang out, and Chloe seems to know her limits in that department, but you wouldn’t exactly guess that from all of the fun to be had.

Most everything to be found on “5 @15” is pop driven with excellence, as well as country and rock, but that doesn’t limit this budding artist, it rather puts her well on her way to mainstream radio circles and leaves the listener intrigued about her live performance future as well. There is no mistaking the effort to write well-crafted songs, and with a few more, who knows, she might even crash global gates before too long. It’s not every day you get to hear such a world class young talent, and that is a testament of her effort on this cool release. Not only does she appear to be arriving, she could go all the way in little to no time with results like this. Getting there isn’t easy, but shouldn’t be so hard with music like this coming from Chloe at only 15 years of age.

Wilber Leon is a singer/songwriter and rapper based in Kent, Washington. Having marked the late …