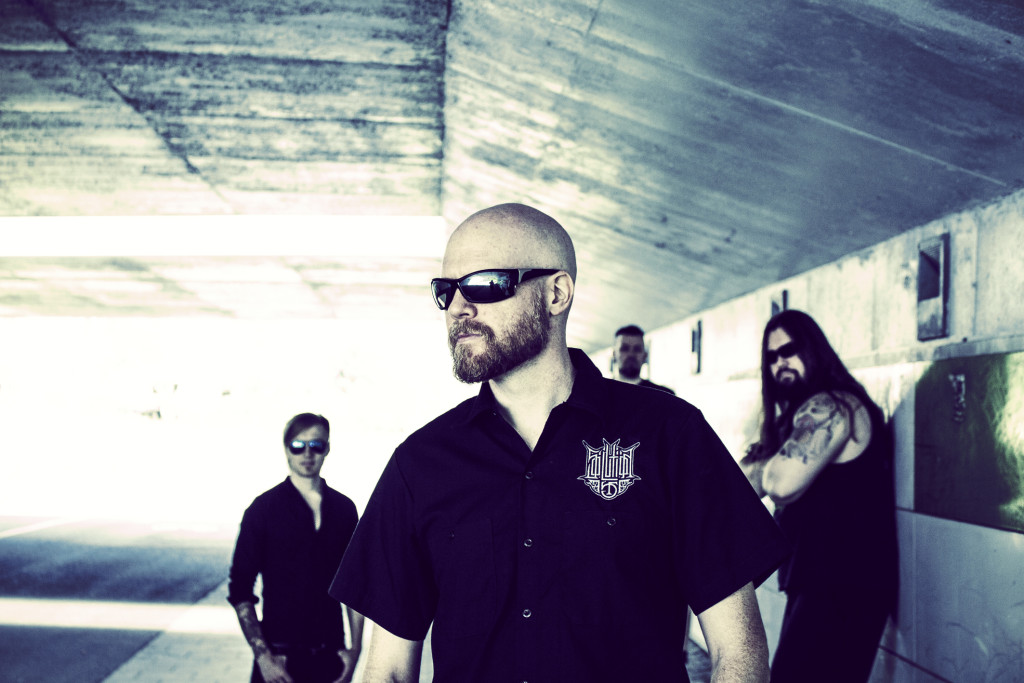 Album Review: Solution .45 – Nightmares in the Waking State: Part I

Solution .45 is a Swedish metal supergroup of sorts, mainly known as one of a few of ex-Scar Symmetry vocalist Christian Älvestam’s current projects. With their better-than-expected debut album, For Aeons Past, released over five years ago, fans have eagerly awaited more of the band’s steadfast take on Gothenburg-inspired melodic metal. Evidently, the band has been hard at work making up for lost time, as their upcoming work has been announced as a two-part staggered release titled Nightmares in the Waking State. Part I of the series is narrowly sliding into the end of 2015, with Part II currently in a “to be determined” state of release.

When a band announces a double or two-part album, fans are bound to approach it with very tempered enthusiasm. Understandably so, as double albums will always come with a few associated risks. First of all, filling a double release with consistently high-quality material is no easy feat, and albums of this type frequently add up to one album’s worth of worthwhile music, with the other half of the music proving to be bland, uninspired filler. In the case of Solution .45, this verdict remains to be delivered, as Part II will not be released until some time in the future. The second pitfall of this format, however, is a bit more avoidable. On occasion, a band may promise a two-part album, and end up delivering what feels like a series of longer than average EPs, and while a band releasing multiple short albums in quick succession is perfectly acceptable, the experience is quickly soured when retailers adorn each with their own full album-worthy price tag.

With their latest release, however, Solution .45 cannot be accused of shorting their fans in the latter regard. Nightmares Part I alone is slightly longer than the average single album at 59 minutes, with ten tracks, most of which exceed five minutes in length. While one may fear that such lengthy songs can approach tedium territory, no song on the album feels uncomfortably lengthy, aside from the nearly twelve minute final track which does tend to ramble on for about six minutes too long. Interestingly enough, this almost directly imitates the previous album’s closer which was an equally overzealous attempt at a prog-inspired epic which ultimately fell flat.

In fact, those familiar with the band’s debut are in for some serious deja vu, not only during the final track, but throughout the entire record. With guitarist Jani Stefanovic handling production duties again, the core sound of the record is nearly identical to its predecessor, with its markedly down-tuned guitars, smattering of cyber-industrial synthesizer, and severely brickwalled dynamics. The record’s structure also nearly mirrors that of For Aeons Past: four tracks of thrashy, melodic metal – one slower, partially stripped down ballad-esque track – four more tracks of headbanging – one excessively lengthy final track. Indeed, if not for the five-year gap between records, the new offering may well have been titled For Aeons Past, Part II.

The good news is that many of the features which made Aeons great are also present here. The main attraction of any Älvestam project will always be the vocals, and Nightmares Part I is no different. Though the first tracks may initially leave the listener wondering if the album is completely devoid of clean vocals, the second track and first single of the album, “Perfecting the Void”, eventually showcases Älvestam’s instantly recognizable croon, which is creamy and boy-bandy as ever. The rest of the record is standard fare and satisfying as ever in the vocal realm, with Älvestam’s impressive range of deep roars, throaty barking, and soaring harmonies giving credence to his appearance in countless guest vocalist spots within the metal community.

Overall, it appears that, in attempting to capture the energy which made Aeons a success, the band has foregone the chance to breathe a new, fresh identity into Nightmares Part I. Songs like “Perfecting the Void” and “Targeting Blaze” are easy highlights, with their strong hooks and pounding cyber-metal, but most of the album is too quickly forgotten when compared with the band’s previous work, as well as the work of their contemporaries (the Scar Symmetry comparison is unavoidable, but valid all the same). Luckily, the band has promised another record soon, and while another album of solid melodic metal is never, ever a bad thing, hopefully Part II comes with a few surprises.

Visit the band and order the album here.