Home / News / The Most Metal Xmas Present You Can Give – Choosing Death: The Improbable History of Death Metal and Grindcore 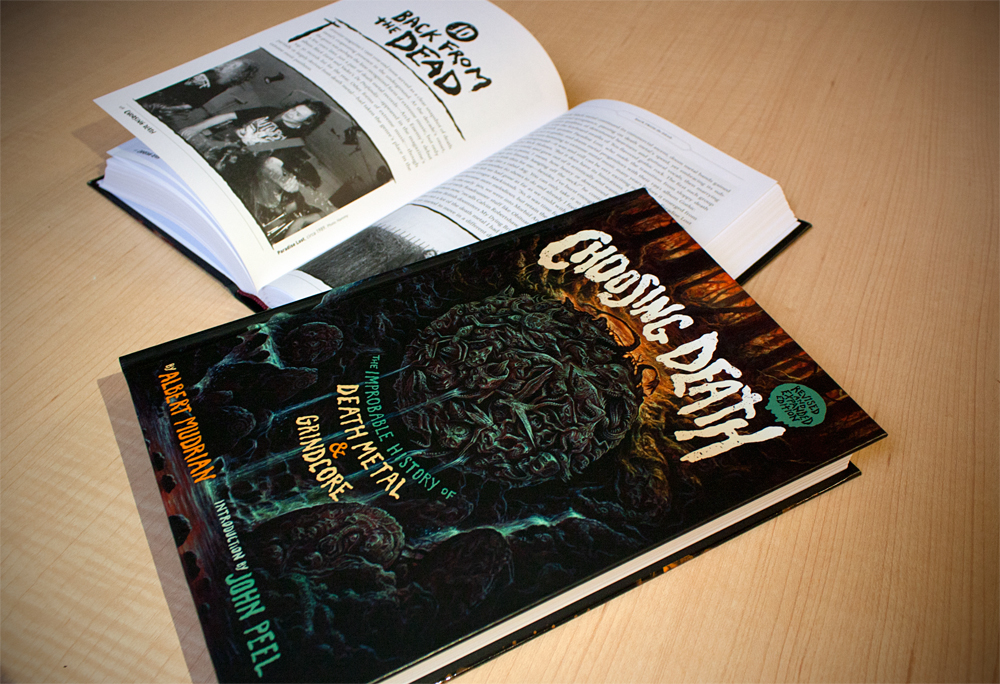 The Most Metal Xmas Present You Can Give – Choosing Death: The Improbable History of Death Metal and Grindcore

Originally released on Feral House in 2004, Choosing Death: The Improbable History of Death Metal and Grindcore, is widely recognized as the definitive history of its titular extreme music subgenres. For its (more or less) 10-year anniversary, author Albert Mudrian-editor-in-chief of Decibel Magazine-has chosen life after death in the form of an expanded and revised edition, which flaunts a whopping 100 additional pages of new content.

This fully redesigned hardcover version is the inaugural release of brand-new imprint Decibel Books, and is limited to 3,000 hand-numbered copies. It boasts three new chapters (with new material interspersed among the original 10 chapters), over 50 new interviews (for a total of 200) and a new cover painting by legendary death metal artist Dan Seagrave, recalling elements of his classic Entombed and Morbid Angel album covers. Well over half of the 3000 copies printed have already been sold, so don’t miss your chance to grab one of the remaining copies before it’s too late.

Now out of print, the original Choosing Death has been translated into seven different languages around the world. This exciting history, featuring an introduction by famed DJ John Peel, tells the two-decade-long history of grindcore and death metal through the eyes and ringing ears of the artists, producers and label owners who propelled them. Phil Anselmo (Down, ex-Pantera) called it “something special. This is a must-read for anyone who wants a comprehensive ‘who-did-what-when’ book. Thumbs up.”

“Choosing Death is one of the first – and most insightful – documentations about the underground music scene. I still go back to this book to indulge in the stories, the anecdotes and the overall history of a scene that was, and still is a big part of my life. I’m glad that another revised edition sees the light of day, and look forward to more hours to spend with this gem,” says At The Gates frontman Tomas Lindberg

Previous Great Grandpa Announce ‘Can Opener’ Vinyl Reissue via Broken World Media
Next Aktaion have “Seven” reasons to check out a new song!