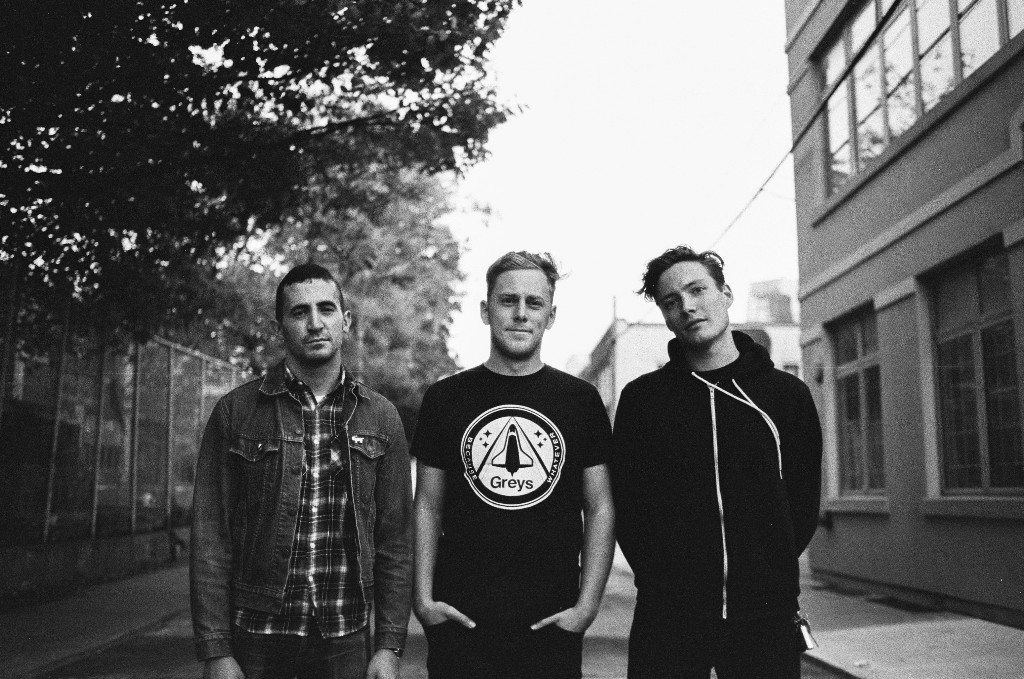 Hailing from Dundas, Ontario, The Dirty Nil consists of Luke Bentham (Guitar/vocals), Kyle Fisher (Drums), and Dave Nardi (Bass/vocals). The band operate as a cross section of the most key and essential parts of Rock & Roll. Windmill heroics and smoke guitar theatrics sit side by side with uncompromising noise, feral energy, and deranged enthusiasm.

They have just announced the details for their debut LP, Higher Power.

Set for release on February 26, 2016 via Dine Alone Records, Higher Power is the band’s first offering with the esteemed Dine Alone Records. It follows the release of a handful of 7” singles, mixtapes, EPs, and limited edition lathe cut records. The album was produced by the band, with Shehzaad Jiwani and Adam Bentley, mixed by John Goodmanson (Sleater Kinney, Death Cab for Cutie, Unwound), and mastered by Troy Glessner (Anberlin, Neck Deep).

Explaining Higher Power, the band said they view the record as “Finally the chance to assemble a dynamic and unified set of songs, this is us right here and now. A chance to stretch our legs and explore new pastures of distortion. Here we are, raggedly in the red. Higher Power than your band.”

In the Dave Dunham directed clip for The Dirty Nil’s instantly-anthemic single, the band participating in synchronised aerobic warm ups, weightlifting drums and guitar amps, and consuming protein shake and hamburger diets, all to gain strength for the ultimate match. The band recalls of the filming process, “Making the video was 14 hours of hell that only Dave Dunham could drag us through with a smile our faces.” The satirical clip turns comically gruesome as the video concludes with the band participating in a blood-splattered, black eye inducing boxing match amongst themselves, complete with the song’s thrashing guitars and pulsating drums in the background.