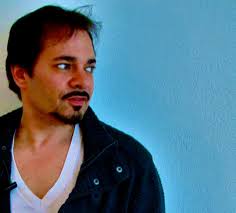 “Radio Power” by The Radio Hour was written and performed by Tim Hort, recorded and mixed by Blaise Barton(Bob Dylan, Liz Phair) and also from Chicago, Grammy-award winning Brian Leach, with nice artwork by Ryan Heshka. Tim Hort is from Chicago and has much help in the band, he does theater and community service events, as well as other do-good services. The music is dramatic and moody, but also clean and accessible.

The tracks on this album can all be downloaded, but assuming what are the featured tracks I will mention are “Look For You” which is an excellent pop number with probably the most positive vibes about it overall out of the following tracks. It’s a winning cut in every way, the kind of stuff anyone can like. The vocal mix is a little low but that is the only critical point I can make about an otherwise perfect song, with a laid back feel and dreamy guitars.

“Rollercoaster” is one of the weaker numbers if there is one, but Hort still puts his stamp on it with some fine vocals and lyrics, once you get used to it. I’m still on the fence but closer to staying, as I keep rotating these songs, it gets better. Then there is the acoustic “Heartbreaks And Slamming Doors” with a classic narrative appeal. It’s not my cup of tea but by all means not a throwaway track either. It leaves me cold, but that doesn’t mean it doesn’t accomplish what it sets out to.

“World In A Day” is fantastic, one of the better overall pieces, it blend nicely with other titles like “Mainstreaming,” “Friday Night” and “Apart From These Tragic Stories,” to whet your appetite. This is an excellent pop heavy album with all relatively short songs, economically clocking in at under 5 minutes.

Previous EP Review: A Will Away: Bliss
Next Sleeptalk Announce Sophomore EP