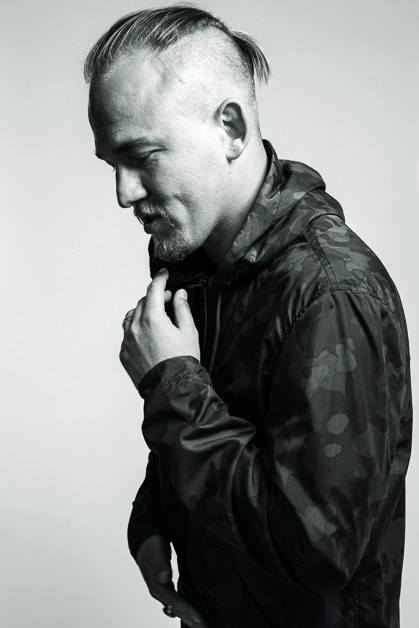 In his brief run, Souleye has earned a well-deserved reputation as an envelope-pusher. His lyrical content distinguishes him from other, largely materialistic, rap performers working today thanks to its focused message and the deeper concerns it raises. Souleye, at his essence, wants little more than for us to pause for a moment and consider things we seldom attend to – the end for a positive attitude in the face of life’s disappointments and, most importantly, that we never forget to forgive and love ourselves. His latest full length album, Shapeshifting, is an eleven track personal statement that covers a surprising amount of thematic and sonic territory.

“Human Overwhelm” opens the album with attention-grabbing production that imbues the track with its own unique feel before Souleye’s vocal comes in. He has effortless delivery as a rapper – certainly, the phrasing requirements from him to coherently convey such obviously deeply melt material is difficult, but it’s impossible to not be impressed by how it never sounds unnatural bouncing off his tongue. “Labeled” deals head-on with an issue that each of us faces at some point, but Souleye strikes a defiant tone on the chorus bubbling with an undercurrent of resentment. Light backing vocals further sweetens the song. The loping pulse of its follow-up, “Magic Life”, slinks with musical energy and purpose.

Many listeners will understand, only a quarter of the way into the album, why Relix Magazine chose him to perform on a 2005 jam cruise. The time on a boat saw Souleye earn an added level of recognition working alongside such enormous modern talents like Bela Fleck, Bassnectar, and Michael Franti. The confidence that helped a fledging young talent with a voice discover his future fuels this collection as well. Few tracks illustrate that better than “Rage Free” with its heavily syncopated vocal lines and minimalist, though highly evocative, backing track. Keyboard swells, understated percussion, and occasional distorted spoken word passages create a perfect vehicle for Souleye’s lyrical explorations. Only those with deeply held personal bias could find fault with Souleye’s intelligent approach and content.

Exotic keyboard sounds open the uptempo “More Than Five”. There’s a slightly surreal spin to the music and Souleye unleashes an astonishingly precise, tongue-twisting rap that streaks over the chaotic musical surface. When you hear Souleye in full flight like this, at or near total command of his powers, you’re hearing nothing less than a transformative artist at work. This isn’t disposable prattle about bling, late nights, and lovely ladies. If you need a historical antecedent, think about Jimi Hendrix at his late sixties peak surrounded by blues bands belting out fifteen minute renditions of “Wang Dang Doodle”. Both have their merits, but Souleye is working at a much higher level than many of his contemporaries.

“The Victim” opens with more interesting, layered electronic textures. There’s a real musical weight to these compositions that far exceeds the often ornamental nature of rap backing tracks. Souleye never de-prioritizes the importance of entertaining music; musical excellence distinguishes, at least in part, every track on Shapeshifting. However, the lyrical content of “The Victim”, like much of Souleye’s work, makes it clear his interests occupy a much wider scope than others in the genre do.

This is one of the best albums of the year – without reservation. If you are a lingering hold over of the school that believes rap music is incapable of making substantive statements, consider Souleye a rebuke to such nonsense. Shapeshifting is musically and lyrically mature, bristling with energy, and doesn’t have a single moment of filler.

Previous Show Review: frnkiero andthe cellabration in Gainesville, FL 11.07.15
Next Crushed Out at the Demo in St. Louis, MO on 11.6.15