Home / Interview / Interview with Kylle Reece of Demon in Me: “If you’re in a band, keep going; believe in it; it’s worth it.” 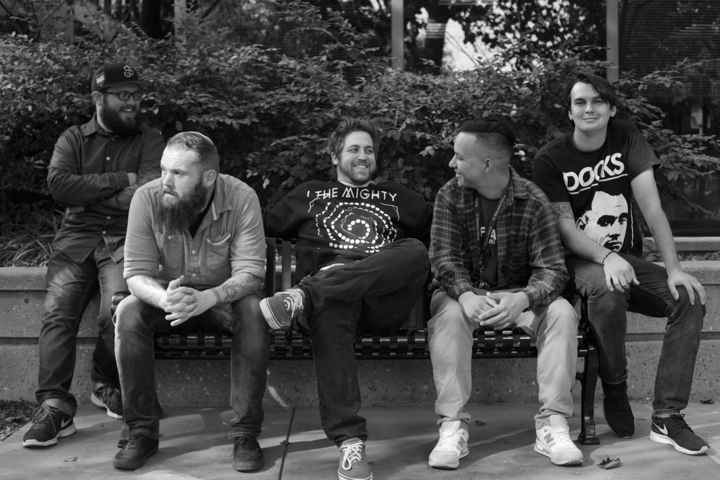 Interview with Kylle Reece of Demon in Me: “If you’re in a band, keep going; believe in it; it’s worth it.”

Earlier this month, 22-year-old singer-songwriter Kylle Reece released “Sink or Swim,” the latest single from his most recent project, a hard-edged alternative rock quintet known as Demon in Me. The song has earned the band solid reception upon its release, its elegiac and heartrending lyrical content resonating with countless listeners. It is to be included in the band’s debut album, Faces, which is slated for release in March of next year.

I had the chance to talk with Kylle about his inspirations, local audience rapport, as well as the band’s present and future goals. If there is anything I’ve learned, it’s that despite one’s location, or even drastic music industry changes, a band’s consistent effort will still be truly recognized and valued.

When you initially got into songwriting, was there a particular piece of music that catalyzed your pursuing music seriously?

That’s a good question! For me, Déjà Entendu by Brand New was the catalyst for everything. Something about the structure, the lyrics, the angst—everything about it just hit me really hard. I just wanted to make kids feel the way that record made me feel.

Tell me about the formation process for Demon in Me. What factors (music or otherwise) helped solidify your chemistry as a band? Do you feel that it best represents your sound and ideas?

Well first, Demon in Me started out as a two man project: me and my best friend, Chad Piper. We worked on writing this record together for about two years before anything even came to fruition. We ended up finishing the record about two weeks before Chad passed away. I went in the studio broken, but I knew I had to put out the best record I could on my own. After the recording process was over, I took some time to debate whether or not it was best to remain a solo artist or to find a band. Luckily I matched up with four of the best dudes out there and we all seem to click really well. Our chemistry is unlike anything I’ve had before, and it’s all in Chad’s honor. We are an extremely hardworking and motivated group. It’s been great!

In “Sink or Swim,” the subject of the song seems oblivious to their partner’s abuse and still gives them everything. Was it a personal experience that inspired the lyrical content?

You hit the nail on the head! It’s good you thought about it in that way because that’s what we were going for we wrote it.

Unfortunately, yes. It’s rare that I’ll write a song outside of personal experience. Every track on this record with the exception of maybe a couple, are all stories from my life and things I’ve experienced firsthand. It’s been a way to get through hard times for me, honestly without writing I’m not sure how well I would be doing.

I understand that for one reason or another, San Jose just isn’t as widely known for its music scene as it was 20 years ago. What have been your best methods for standing out among other bands, especially in the state it is now?

Yeah, music from San Jose isn’t a big thing anymore. But honestly, I don’t really think where you’re from matters at all. The scene here is extremely family oriented, however small, and it’s a wonderful community to be a part of. In terms of standing out, I think we just have our hearts set on straight out working everyone around us. Everything we do we do with rigorous passion and persistence. Our focus is to be everything but a local band.

Regardless of where you’re from—whether you’re from San Jose or San Francisco—if you’re willing to put in the work, you can succeed anywhere.

How has your experience been in being able to play alongside other local bands?

It’s been phenomenal so far. Most of our shows have been with touring artists but when we’ve had an opportunity to play with local bands we’ve had a blast. The sense of community and support is very strong, we are proud to be a part of it.

Do you find that because of your localized status, that liberating feeling from playing live, and the support from fans is that much more pronounced?

Honestly, we are just a bunch of kids that love what we do, so I don’t see that feeling depleting any time soon. We just love music, and at this point we are just stoked to play in front of two kids, 20 kids, or 200 kids. Any support is support we are truly grateful for.

In terms of getting signed, with there being only three major labels in existence today—Universal, Warner and Sony— would it suffice if your band was signed by an indie, but distributed by a major?

Right now, our stance on signing is just to be patient and be smart. We have been in talks with a few labels but at the end of the day it’s all about finding the right fit. We want to work hard and benefit the label, and we want to find a home where the label will work hard for us as well. Whether that’s indie or major our priorities lie primarily in making sure everyone is happy and successful.

So I think you’re spot on with that: start out indie, and then depending on the turnout, gain support from a major label. Who knows! We’ll see what happens.

What are your thoughts on having a physical medium, such as CD or vinyl, for your releases?

I’m a huge fan of hard copies in any form. But again, at this point in our career our primary focus is just getting our music out to as many people as we possibly can. So if that’s through streaming, hard copies, videos, it doesn’t matter to us. Maybe down the line, selling vinyl records will be a larger focus. But right now, getting people to listen is our goal.

It seems the importance of having something physical with a strong visual element or lyric sheet—something to look through and hold onto—is becoming lost on current music buyers. Why do you think that is?

Yeah, I know what you mean. Personally I’m absolutely obsessed with listening to a record with a lyric book in my hand and artwork to help conceptualize the music. I think there’s so much magic in that.

Unfortunately it’s just less common than it was, but I’m sure there are people out there who still value those things. I know it’s super important with a band like ours given that we are so lyrically and vocally driven. The message is very important; the songs just don’t hit you as hard without understanding the message.

Despite these difficulties, what advice do you give yourselves in keeping each other on the right path?

Just have fun. Honestly, this is a stressful industry and it’s really easy to forget why we are doing this in the first place. Sometimes I need someone to make me take a step back and remind me that I need to have more fun and be less business oriented. The guys have been great with that so far, so I’m grateful for it.

What’s next for Demon in Me?

We plan to hit the road a bit in 2016. We have a few small tours confirmed and our goal is to just get out and talk to as many kids as we can. Our record is done, so we are aiming to have that out most likely around March. Other than that, barring any sort of label signing or large tour offers, the typical DIY grind is what our immediate schedule consists of.

Now for my last question—and I know it’s a bit cliche—anything else you’d like to say to your fans?

(Laughs) I’ve honestly never been asked that before. But I know the cliché thing to do would be to just say “thank you”, or something like “I only make music for myself”—and let’s face it; if that were true, they’d have it somewhere where no one could hear it—but if you’re in a band, keep going; believe in it; it’s worth it. Don’t let any punk kid tell you otherwise. If you are a listener or supporter of our music, or really any local or unsigned artist out there, YOU are the reason we wake up in the morning. YOU are the force that motivates us to keep writing and touring. YOU are what we are the most grateful for. Thank you a thousand times over!

For more on Demon in Me, visit the following:

In addition, check out the lyric video for “Sink or Swim”:

I come from a family who is passionate about all things music. I learned to sing at an early age, and by 13, had my very own Fender Strat guitar. I tried my hardest at learning all that I could. Because I was born with cerebral palsy, I had to teach myself an adaptive playing style. I learned to write and record my own music, despite these difficulties. In college, I started making great use of my writing abilities by reviewing music, as well as copy editing. I guess it's best to stick with what you know, while welcoming a fair challenge at the same time.
Previous Album Review: Bellusira – The Healing.
Next Gallery & Review: Judas Priest at Prudential Center 11.07.2015

For over 25 years, Cleveland, Ohio’s Mushroomhead has maintained substantial critical acclaim in both mainstream …