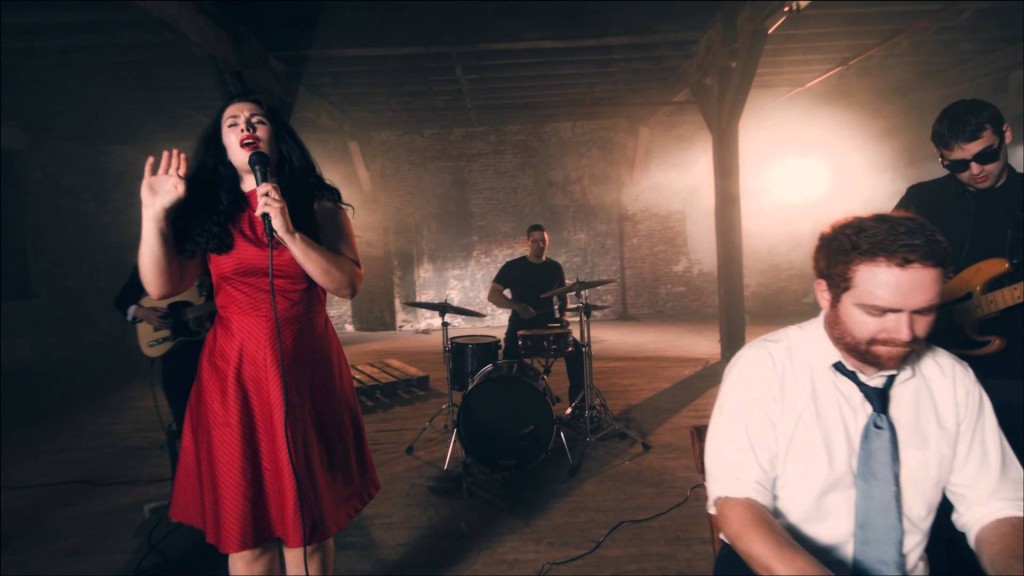 It is hard to remember, in our disposable pop world of today, a time when bands like The Humble Grapes mattered more. Concerned listeners would probably have to reach back to a pre-MTV era to recall a time when serious music fans had the power and inclination to elevate and reward a thoughtful musical outfit with a real flair for fusing genres together into a revelatory hybrid. Since their 2013 formation, The Humble Grapes haven’t received as much notice as they might have, but a significant cross section of people have noticed and the band’s reputation has been burnished by a number of important gigs and developments. The Humble Grapes have occupied many of the city’s legendary stages, including historic nightclub The Bitter End, and have received recognition from Relix, one of the most important indie/countercultural magazines still published today.

Their latest single, “Brooklyn Bridge”, is an immaculately produced affair that presents the band’s music in quite an indelible fashion. There is an airy, light-footed grace filling every passage of their music. The track wafts from your speakers as opposed to blasted and the detail-oriented production helps mold each individual instrument into a distinct piece in the puzzle working in perfect sympathy with other elements. There seems to be a thin layer of echo laid over the backing track that helps give the song a momentous, slightly mysterious swirl.

Brie Capone, one half of the songwriting brain trust driving the band, also turns in a breathtaking vocal performance. It’s clear what school she hails from by the end of the first line – Capone has listened to everyone from Patti Smith and Regina Spektor before bringing them and more together into a lyrical and sonic package of equal power. She twists what, in lesser singer’s hands, are apparently straight vocal melody lines into glimpses below her surface and into some larger emotion swirling deeper within.

The music is centered primarily on the piano and drums. While the former bears much responsibility for the song’s considerable melodic strengths, the piano is too rarely heard as a percussive instrument as well. The musicians increasingly assert themselves as the song goes on and the music’s transformation from a decidedly pop confection into something much deeper and widespread is subtle. Much of the credit for this subtlety lies with those two positions and how both players show discipline and a keen ear for the song’s needs.

“Brooklyn Bridge” is one of independent music’s more rewarding tracks of the year thanks to its sophistication, hovering grace, and easy confidence. Capone’s voice is an amazing instrument for conveying a wide range of emotions and her backing musicians match her every note providing an equally resonate musical performance. Brie Capone and David Kaufman are reminders of a bright past when artists invested much more sincerity into their craft and any seeming concessions therein spawned organically from the songwriter and performer’s consciousness. However, “Brooklyn Bridge” clearly points to a brighter future as well – don’t be surprised if you finish listening to this convinced that they haven’t yet scratched the surface of their potential.