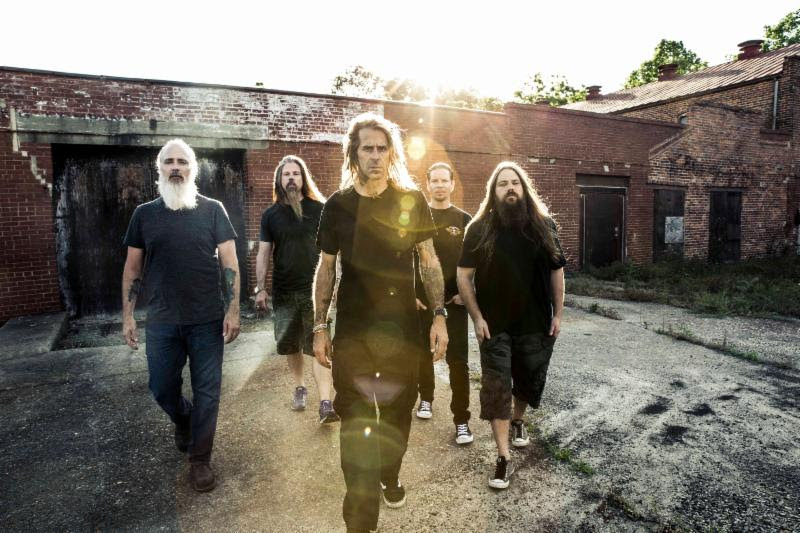 LAMB OF GOD is touring in support of their new studio album VII: Sturm Und Drang, which launched via Epic Records and debuted at #3 on the Billboard Top 200 charts this past summer. VII: Sturm Und Drang is available for purchase now at physical retailers everywhere, or digitally via Lamb-of-God.com, iTunes, Amazon, or Google Play.

Stay tuned for more information coming soon about the tour.

About LAMB OF GOD:
Richmond, VA natives LAMB OF GOD originally formed in 1994 as Burn The Priest while in college together at Virginia Commonwealth University, initially performing in meagre venues and hocking rough demos amongst the local scene. In 1998, the band changed their moniker to LAMB OF GOD, which would mark their impending ascension to top-tier status, as well as one of the only tangible career deviations that the band would ever undertake – having consistently released chart-topper after chart-topper while maintaining a true and constant line-up of members and increasingly growing fanbase; a rarity in modern music. The band’s first major release, 2000’s New American Gospel, was immediately touted as an instant metal classic. AllMusic stated it best, “The essential signatures of post-Pantera metal are in abundance on Lamb of God’s inaugural album. New American Gospel provides a mighty oak upon which gritty American metal’s faith is maintained, effectively bridging the ’90s’ insistence upon drill-sergeant technicality and the old school’s determined focus on riff construction.”

In 2007, just a short time after putting out monumentally successful releases Ashes of the Wake (Album, 2004, #27 of 200 debut), Killadelphia (DVD, 2004, RIAA Platinum), and Sacrament (Album, 2006, #8 of 200 debut), LAMB OF GOD was honored with a Grammy nomination for the track “Redneck”. This would mark the first of four Grammy nominations for the band. After the release of Walk With Me In Hell (DVD, 2008), the second and third Grammy nominations came in 2010 and 2011 for tracks “Set to Fail” and “In Your Words”, both cut from Wrath (CD, 2009, #2 of 200 debut). The fourth nomination arrived for the band’s track “Ghost Walking”, cut from their 2012 album Resolution (CD, #3 of 200 debut). With the release of VII: Sturm Und Drang, the five-piece have proven their lasting consistency by offering another blistering contribution of the highest quality heavy metal – a record that no one other than LAMB OF GOD could truly execute.

Having amassed the globe with countless world tours and millions of albums sold, all-the-while overcoming countless hurdles ranging from personal demons to vocalist Randy Blythe’s 2013 trial in Prague (which resulted in the acclaimed 2014 full-length feature documentary, As The Palaces Burn, and book, Dark Days: A Memoir, authored by the frontman and releasing in July), LAMB OF GOD stands the test of time as the biggest, most influential heavy metal band of the new millennium.