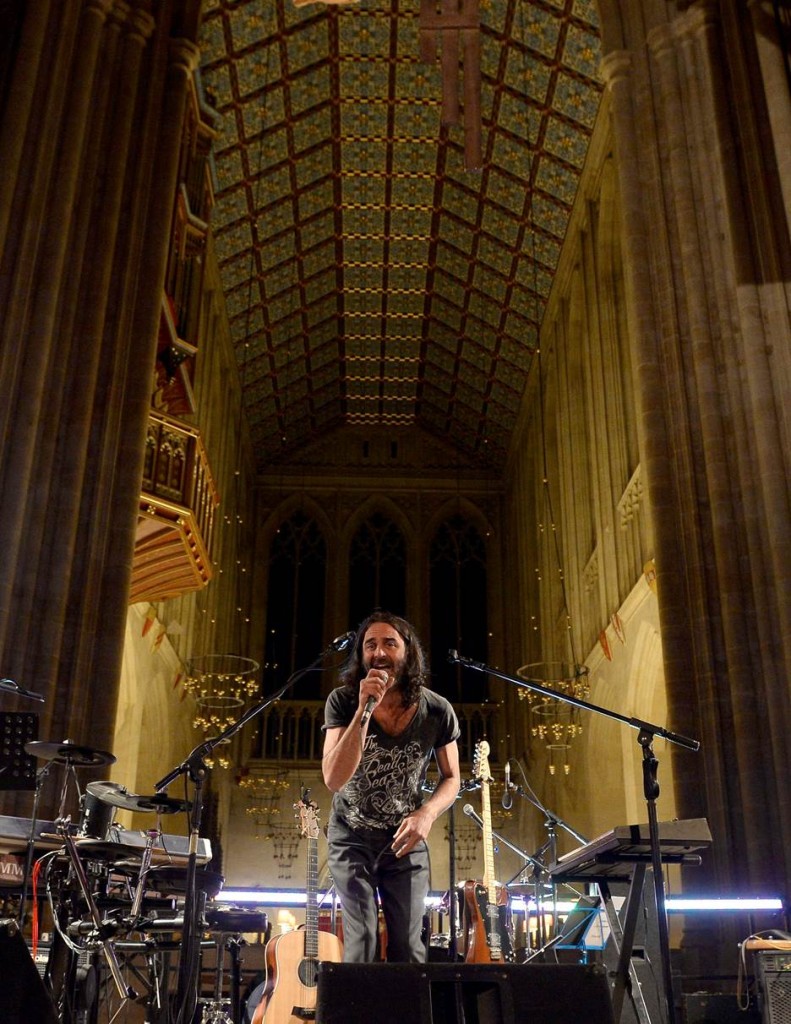 Paolo grew up in a tight knit Italian family in Essex, but left home at 16 to go and live and work in Amsterdam. And there by began a personal and musical journey that took him across Europe and eventually to the USA

Playing bars and clubs, solo and in bands Paolo learnt his art and grew as a performer and writer soaking up all the musical influences he came into contact with along the way.
Eventually returning to the UK, he formed The MORENA’s – a three- piece Indie rock band with an incredible energy, playing hook-laden tunes with Paolo giving the band their look, style and attitude.

Whilst enjoying the band experience and success, Paolo was already at this point working on developing his ideas to play solo but to maintain the band sound within the live performance.

Live Looping had come to the attention of the mass audience via KT Tunstall’s performance on LATER.
But what Paolo had in mi
nd was far more ambitious; taking his songs and building up the parts for all the instruments and vocals on his own live with no pre-records. This could involve any number of instruments all looping, playing at the same time.
Over many months of practise, the skills and technology were honed and perfected before finally being taken on the road.

Over the past 3 years Paolo’s One Man shows have brought him huge acclaim- playing over 300 shows in that time.

The Caffe Nero chain identified Paolo as a great new talent by adopting him as one of their featured Artists, and playing his songs in their 600+ outlets.

The gigs would showcase many of the songs that eventually became his debut solo album, “TheMightySmall’ Producing the album himself, the album is his story of growing up in a small town scene, of family of friends of love and loss.

From the opening piano chords of “Everything” to the dark electronica of the final track, “Electric” the album reflects Paolo’s diverse musical influences and demonstrates his wonderful song writing skills, so that very personal songs take on a universal theme.
The album is a collection of stories, of different styles but all brought together by Paolo’s beautiful, distinctive and soulful voice – like a mixture of Buckley, Plant and Cocker.

Several of the tracks have already had National airplay including “Where Do You Go When You Don’t Fit In” which was debuted on BBC 6Music by Huey Morgan.

Paolo Morena is a major new talent on the scene. A wonderful songwriter, an incredible vocalist and a unique live performer.

For more information go to www.paolomorena.com

“Damn, that kid got it Bro” Huey Morgan 6Music

Stephen Vicino is the founder of MusicExistence.com. He created this site to give talented musicians a voice and a way to be discovered.
@@svicino
Previous Check out Superstar Dj, Elektra Rose smash hit! Twisted Angels/Turn it up,
Next Interview: Koma