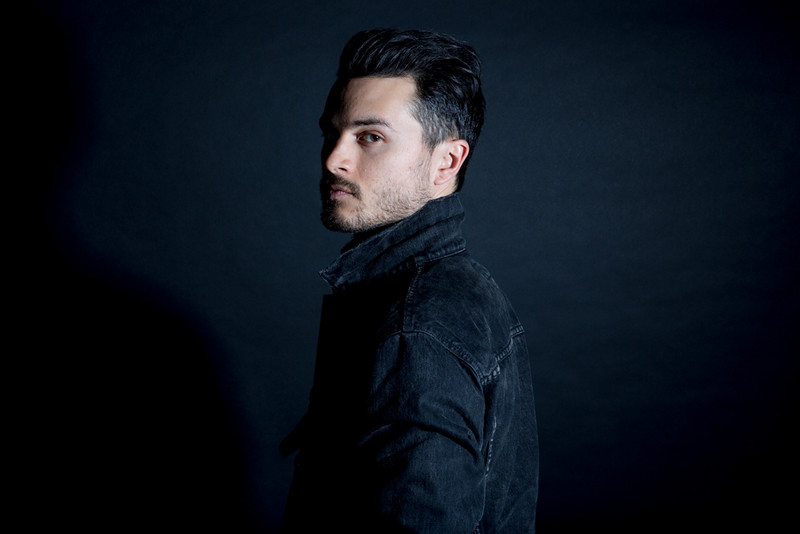 Back from a summer of touring through the US and Europe, Michael Malarkey returns with his sophomore EP, Knots; a fresh set of songs that tap into the pulse of the beating heart of humanity and bear the inner soul of an artist in poetic reflection. The album’s official release date is set for January 15 with a digital version available November 20 via Cap on Cat Records and the first track “Dancing in the Grey” becomes available for download on November 6.

In Knots, Malarkey muses on the many tangles, binds and mysteries of modern romance through infectious melodies and provocative lyrics, which are his trademark. “Let everything happen to you, beauty and terror,” writes Rilke, in one of Malarkey’s favourite poems. These songs take you to those places where both the light and the darkness are stitched together – leaving listeners to reflect on the polarities in life and love while opting for the greater fullness that acceptance of the struggle brings. “Just keep going. No feeling is final,” Rilke concludes the poem.

“I’m the only one who’s tangled up in here, but I’ve grown to love the knots,” Michael sings in the final song, “The beauty of running circles is that you never seem to stop. You just connect the dots.” The EP ends repeating those words in what almost becomes a plea to the subconscious or a mantra for the soul, in full melancholic triumph.

“Knots” is the second release from Malarkey, “Feed the Flames” his first solo project was released in 2014.Beirut born and raised in Ohio, Malarkey honed his craft in London, England. Through years of open mic nights and intimate local shows he developed a highly personable stagecraft and performance that conveys his natural warmth and wit. His ability to connect with the audience cuts through pretence and gently draws you into his vulnerabilities, longings, impressions and imaginings.

EP Track Listing:
Dancing In the Grey
The Other Side of Town
Holes
Your Hands
The Greatest Trick I Know
Do You Remember Yesterday?
The Beauty of Running Circles

Biography
Born in Lebanon, raised in Ohio and having trained in London Michael Malarkey is now an Atlanta-based musician and actor whose versatile talent has seen him command both stage and screen on both sides of the pond. He is currently a series regular in hit CW drama, The Vampire Diaries.

Singing in various punk and hardcore bands in his younger years, Malarkey began to teach himself the guitar and began to writing songs that eventually developed into his own style of story-telling, soul-searching alternative folk.

The debut five-song offering, Feed The Flames EP saw Michael combine honest and exposing insights to his relationships with love, obsession and commitment with a playful commentary on the world around him, all carried along by his knack for a catchy melody and intricate musicianship.

Through The Night And Back Again is the first single taken from the EP and features a sensitively plucked acoustic guitar that blends beautifully with Malarkey’s vocal style upon a bed of tightly harmonised vocals and considered instrumentation. Throughout the EP his influences are clear and navigate their way through Tom Waits, Bob Dylan, and Nick Cave but ultimately stay true to Malarkey’s own distinctive hallmark of emotive and vivid imagery, merging his punk roots to narrative-driven acoustic songs filled with angst, irony, love and conflict in equal measure.

With his acting career in full assent, Malarkey has simultaneously cultivated a body of music that is establishing him as a distinctive and captivating crossover talent, winning over audiences in both the music and acting arenas.