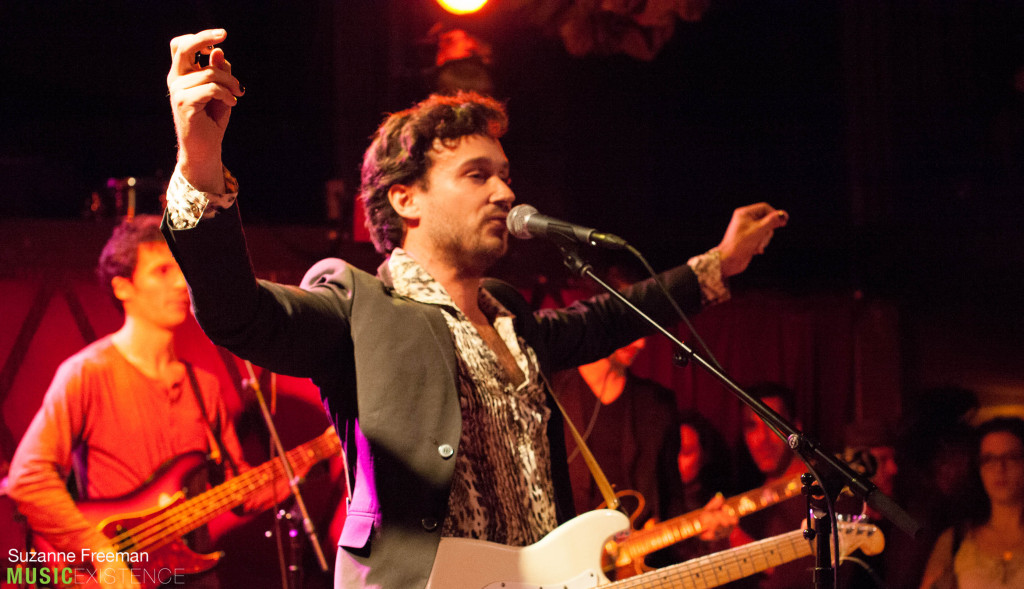 You don’t just go see a Caleb Hawley show, you experience it. From the moment he takes the stage, he captivates you and takes you on a joy ride into his music. On this particular night, he was playing songs from his upcoming yet-to-be-named album. While his sound is mainly “rock and soul”, he’s been channeling the 90’s in his new music, with songs titled, “I Want Your Innocence” and “Stalk Me”.

Caleb’s on stage antics are the main attraction of any show. During this particular show, he walked out into the audience and serenaded individuals in the crowd, he got an audience member to sing the chorus of one of his songs, and ended the show by kneeling on the ground, banging on his guitar. People that had never seen him perform before, left the show saying, “He’s a great front man!” and “Wow, that guy is really good.”

If you haven’t had a chance to see him live, I’d suggest making that number one on your To Do list. You won’t be disappointed.

Check out my interview with him about his upcoming album. To help support his album, go here.

To hear his music and learn about upcoming shows follow Caleb:

Fun Loving Music Photographer and lover of live music in general. I am most likely to be spotted with a coffee in one hand and a camera in the other, somewhere in Philadelphia, New York City and everywhere in between. For more of my music photos: http://myphotos.bellemorephotography.com/
@bellemorephoto
Previous Interview with Caleb Hawley
Next Tennyson Pop/Reggae fusion debut “True Love”