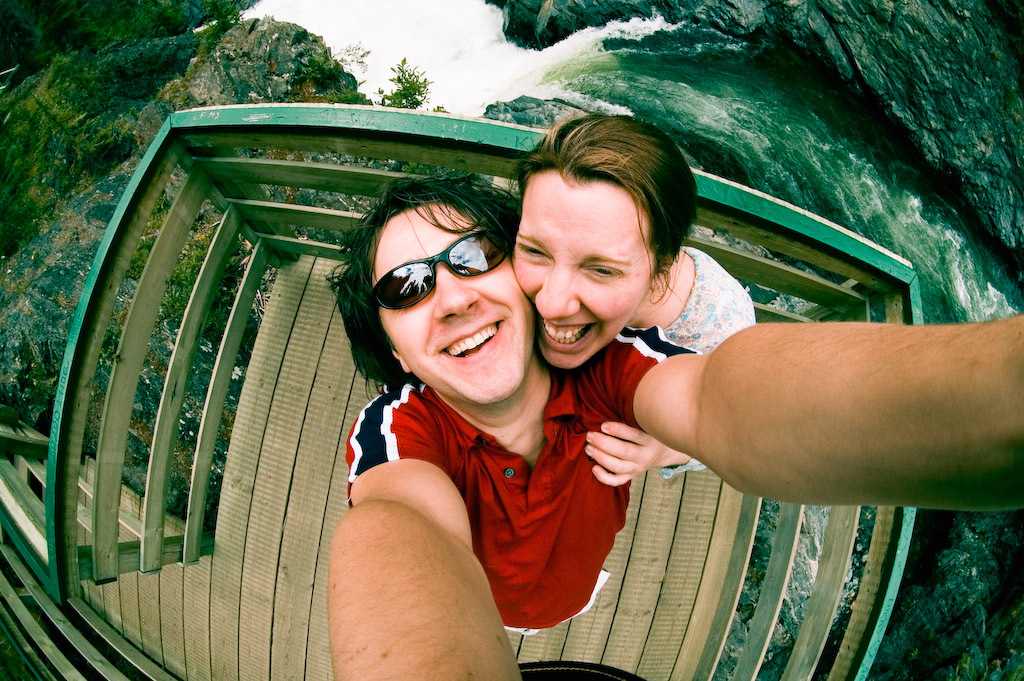 While I’m a decent fan of modern shoegaze music, no act has intrigued me quite like Ummagma. The multi-faceted husband/wife team of Shauna McLarnon and Alexander Kretov formed 2003 in Moscow. Even through their relocating to two starkly contrasting countries—McLarnon in genial Canada, Kretov in war-bound Ukraine—the two sustained activity through a tenacious and loving bond. After almost a decade to their formation, opportunity had graced them beyond belief. Their double-release of Ummagma and Antigravity left fans satiated, earned the band a mass of critical praise from popular media outlets such as Rolling Stone, the Record Stache and Pop Lifer, just to name a few.

In the years to follow, they have collaborated with numerous up-and-coming musicians around the globe, providing them promotion, production, and remix services. But more recently and worthy of the spotlight is their latest EP, Frequency. Featuring two tracks off the previous albums and three exclusives, this EP sports a greater consistency, as well as a more refined thematic focus. It takes listeners on a detour that is interestingly far from unfamiliar, and showers them in delight, excitement, and to an extent, hope.

“Orion,” originally from the band’s self-titled album, actually feels more natural as the opening track. The melodic synth drops that come from both speakers are equal parts comforting and mentally healing. Once McLarnon begins to sing, her voice flows as if her lungs have limitless capacity. There’s such a powerful emanation of warmth and contentment throughout the song, as the joining of the two components plays like one long, constant embrace. When she assuredly states “I can feel your movement … Every morning/Every movement/Every motion/Whenever we drift away,” it is a testament to the duo’s undying unity. The second track “Lama” has earned newfound glory upon its inclusion in this release, and rightfully so—it is just that good. Its rhythmic reverberation continues to provide soothing tones, progressing with a distant, but all the more calming backdrop. The more immersed I became in the music, the more I brought my mind to the shade of blue on the cover art. It really serves as a visual aid in giving me a feel for the sounds that are presented. I heard a certain resemblance to Daydream Cycle, but calmer and with noticeable fluidity. While I’d call this song the one to be pushed, it is, in fact, as I currently sit and express my thoughts. On “Winter Tale,” it’s as if the drizzle-based vibe of the previous two tracks has compacted and turned to light snow. The synth pads and percussion are extremely gentle, while the breeze that is McLarnon’s voice adds a sparing tickle, and serves both as vocal and instrumental accompaniment. Finely layered and supported by sparse backing vocals, it even seems to detract attention from the more pronounced dissonant shrieks in the latter part of the song.

“Galacticon,” the penultimate track, is all instrumental, almost sounding like the musical equivalent of living and breathing stars. Something about what I heard made me envision their existence beyond the sky—that they were instead moving and thriving. Each note pertained to a certain color and degree of brightness. And accordingly, the closer of the EP, “Ocean Girl” ‘wake[s] [me] up’ from my apparent daydream. It refreshes the pace with an acoustic guitar-driven sound, and has quite simply the most melodic chord progression by far. If I dare found any downsides to the song, the only one would be its relatively short length, making it seem more like a transition. But no matter; the EP is also supplemented with remixes of “Lama,” its standout track. Two of them are treated by the legendary Robin Guthrie and Malcolm Holmes (Cocteau Twins and Orchestral Maneuvers in the Dark, respectively), while the last is given a twist by the rising Lights That Change band.

Overall, Frequency is a solid follow-up that gives insight into the fresh direction they’ll take. The experience helped alleviate a great amount of mental strain I’ve felt for a while, and I truly believe that is what the band was gunning for. To me, they do not merely seek to carry a kind of “nu gaze torch” to blaze in a new generation’s face. Rather, they simply make music for themselves, and to assist and uplift listeners in their journey through life.

For more on Ummagma:

Bandcamp (For CD pre-order and stream)

I come from a family who is passionate about all things music. I learned to sing at an early age, and by 13, had my very own Fender Strat guitar. I tried my hardest at learning all that I could. Because I was born with cerebral palsy, I had to teach myself an adaptive playing style. I learned to write and record my own music, despite these difficulties. In college, I started making great use of my writing abilities by reviewing music, as well as copy editing. I guess it's best to stick with what you know, while welcoming a fair challenge at the same time.
Previous sylvainPicart Shares his First Track, burninSoul
Next Finish Ticket at Chaifetz Arena in St. Louis, MO on 10.31.15

A brooding, chest-beating rhythm. The crunch of the guitars, moderate and melodic. Lyrical statements that …