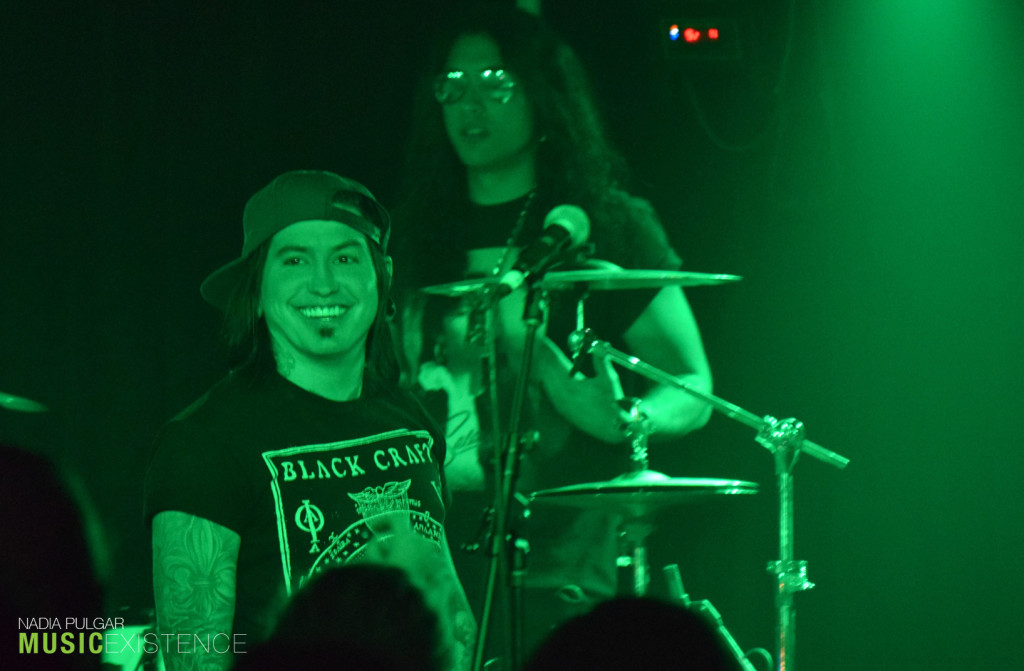 Escape the Fate was welcomed by an eager audience in New York City’s Webster Hall on Friday, October 30th, the same night their album Hate Me debuted. Fans of all ages were in attendance and desperately waiting for Escape the Fate to hit the stage and play songs from the new album as well as past favorites such as “Gorgeous Nightmare”. Throughout the set, technical difficulties plagued the band but despite it the group put on an amazing performance that left fans wanting more.

Opening the show with “Just A Memory”, lead vocalist, Craig Mabbitt, entertained the crowd with quick-witted remarks. Drummer Robert Ortiz performed a solo that kept the people in attendance captivated. Fans sang along to the lyrics of every song from the set, while some were moshing, crowd surfing, and stage diving. There were several instances in which Escape the Fate shared the stage with fans while Mabbitt let their admirers take the microphone and sing their favorite tracks alongside him. By the end of the show, the audience had taken over the stage completely and were belting out “Situations”. If nothing else, Escape the Fate wanted fans to leave with a great experience and priceless memories, and they succeeded in doing just that.

The first leg of the Hate Me Tour will take place across the United States until mid November. It will then resume after the holidays in 2016 for the second half visiting the U.K. and several European nations.

For more information on Escape The Fate check out: