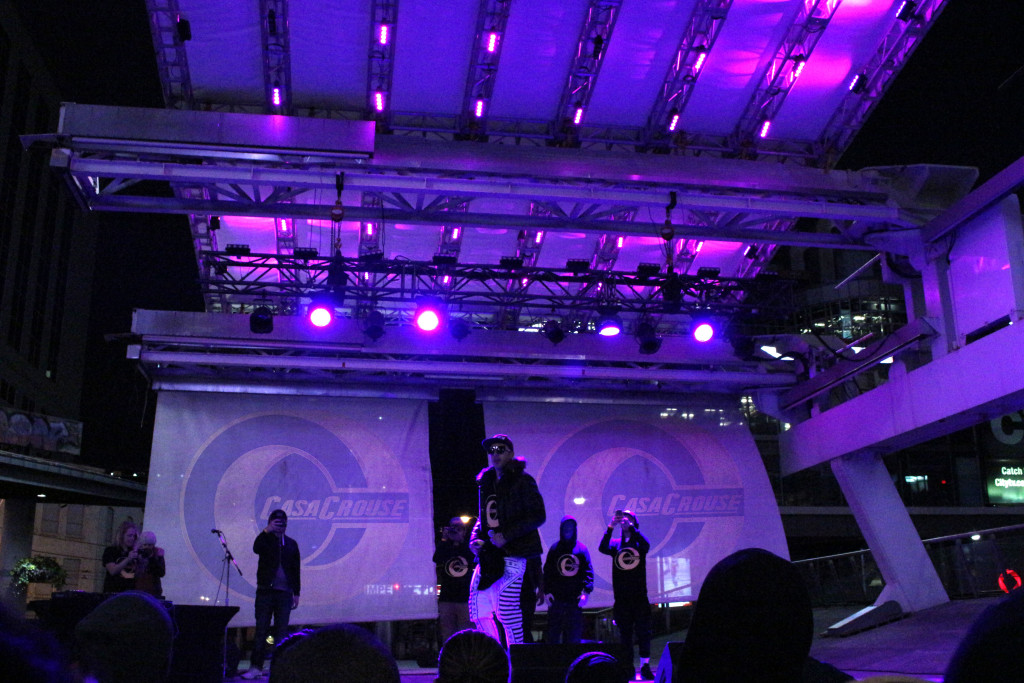 CasaCrouse Records, a new label based out of Ottawa, ON has just released a vlog via YouTube from this years TDot Fest 2015 (Toronto ,ON). Label mates Ceerouse and Thandie Dice take center stage performing two unreleased singles from Ceerouse’s ‘KingCeerouse’ album set to release February 2016

TDot Fest is a music festival put on by the Music Nation Foundation in conjunction with the Canadian Urban Music Conference: the largest urban music conference in Canada. Over 40 artists showcased throughout the day with an evening consisting of performances by Karl Wolf, BAE, JD Era, Gee Wunder, Goliath PAW, and CasaCrouse recording artists Ceerouse and Thandie Dice.

Officially launching in 2016, CasaCrouse Records was founded by Ceerouse in 2014. The indie label also includes Hip Hop artist Fletcher G and Hip Hop/RnB artist Thandie Dice. Each member has a project set for release during the first quarter of 2016.

If you want more of them, you can catch Ceerouse and Thandie Dice performing in Ottawa at LIVE! On Elgin Saturday November 14.
Event details are available here: http://bit.ly/1GHuFdQ

Stephen Vicino is the founder of MusicExistence.com. He created this site to give talented musicians a voice and a way to be discovered.
@@svicino
Previous “Amen” by Omar Bowing
Next Welcome Back Good Charlotte!