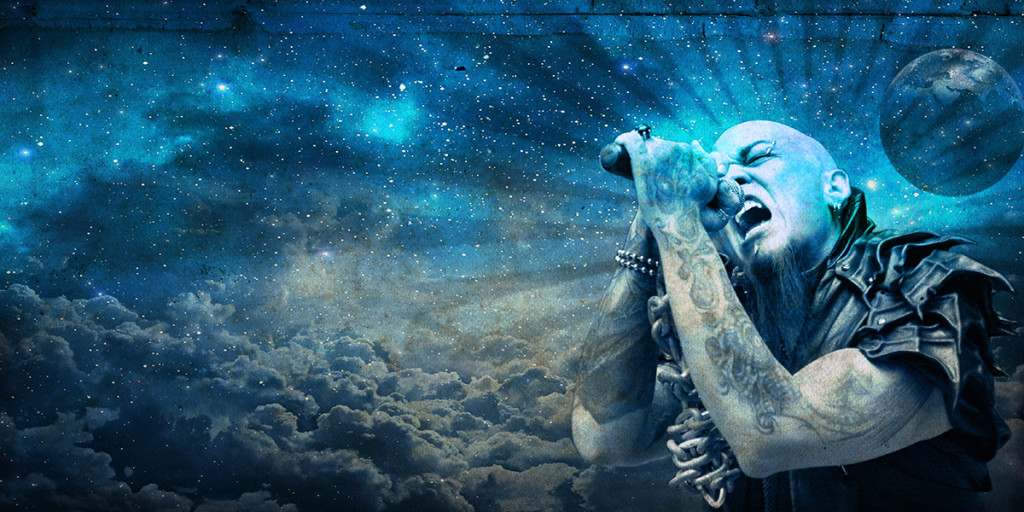 Musical climates commonly experience drastic change every four years. For some bands, such a span may bring them certain prosperity and commercial success. For others, it can prove to be a time of uncertainty—an obligation to conform or risk fizzling out. But in the case of Tampa, Florida quartet Soulidium, it was a well-spent and ultimately revitalizing hiatus.

Since forming in 2006, Soulidium captured the hearts of a nation with an alluring vampiric stage persona and tours with veterans of 2nd wave post-grunge, including Sevendust, Puddle of Mudd, and Alter Bridge. Their debut album, Children of Chaos, gained critical visibility upon its release a year later, and everything seemed to fall into place. However, with production finished for a follow-up album, tentatively titled Fly to the Sun, the band experienced immense difficulty as numerous push-backs made for an indefinite release; that is, until now.

Last Friday, the band finally released the newly titled Awaken independently through their own label, Soulidium Records. Its title is a testament to their re-emergence, crushing all skepticism of the band’s return. Provided the album is receiving major distribution from Warner Music Group, it’s clear that the band’s efforts may potentially usher in a new era of rock, and a mass of eager fans—myself included—realize that this album is worth our ears.

On the first track, “Calling,” the instrumentation kicks off at battle-ready tempo and maintains its drive through the first verse. Vocalist Michael McKnight not only exhibits a unique identity, but a variety that is tremendously lacking in modern mainstream rock. The chorus also deviates structurally, serving as both a dominant component and a passive transitional phase, in which case both purposes are utilized equally well. Another immediate factor to consider in this album is its production. Rather than consist of cold hi-hats, watered down guitars and overtly bright vocals, each component fits warm and comfortable with one another. In doing so, the listener can easily recognize the passion emanating through, not the product waiting to be sold. As such, the buildup in “Fields of Fire” has a smoother flow when building to each phase. By the time the chorus hits, McKnight’s voice is blazing with emotion, bolstered by reverberation that gives it such a rich and dynamic quality. The band also makes efficient use of space between phases so that each phase doesn’t feel too cluttered. “Fly To the Sun” was originally released as the carrier single, and a smart choice at that. It features fantastic vocal accompaniment by Lajon Witherspoon of Sevendust. He and McKnight blend naturally together during the chorus, and showcase fluid interplay on subsequent phases. A similar demonstration of single appeal is heard on “Sacrificing You,” which has a more streamlined structure and fits nicely with the band’s concept.

From the latter half of the album, the vibe expands to further incorporate a greater emphasis on melody. “Run Like Hell” veers from the album’s primary tone, featuring more upbeat instrumentation. The vocals have changed accordingly, emitting a relaxed delivery with a subject matter that plays out to be almost lighthearted and fun. When the band returns to a poignant structure on “Reluctant Goodbye,” it’s as if the contrast between the two songs is justified in having given a dual perspective of the same situation. A stronger metal influence is felt here, each riff accentuating McKnight’s harmonies. At the rugged guitar sound of notes in the lower register is especially heavy once the vocals hang on. On the final track, “The End,” there’s another instance of single potential, given the memorable acoustic progression and universal lyrical approach pertaining to the loss of one’s identity. For some reason or another, it seemed to unexpectedly be the easiest to absorb and subsequently remember. If the time comes, it just might as well be the hit to send the album to stardom, should it receive consistent rotation.

Overall, “Awaken” is definitely the album that the world of mainstream rock has long desired. Its hooks are memorable from a surface perspective, but are especially elevated by the extremely well-blended production values. Rock music has been struggling to stay afloat for years, but rest assured, Soulidium will rightfully place it back on the map, as well as on a credible foundation where it belongs.

In addition, check out the lyric video for “Calling”:

I come from a family who is passionate about all things music. I learned to sing at an early age, and by 13, had my very own Fender Strat guitar. I tried my hardest at learning all that I could. Because I was born with cerebral palsy, I had to teach myself an adaptive playing style. I learned to write and record my own music, despite these difficulties. In college, I started making great use of my writing abilities by reviewing music, as well as copy editing. I guess it's best to stick with what you know, while welcoming a fair challenge at the same time.
Previous Vintage Trouble at The Ready Room in St. Louis, MO on 10.28.15
Next Gallery: Twenty One Pilots at Chaifetz Arena in St. Louis, MO on 10.31.15