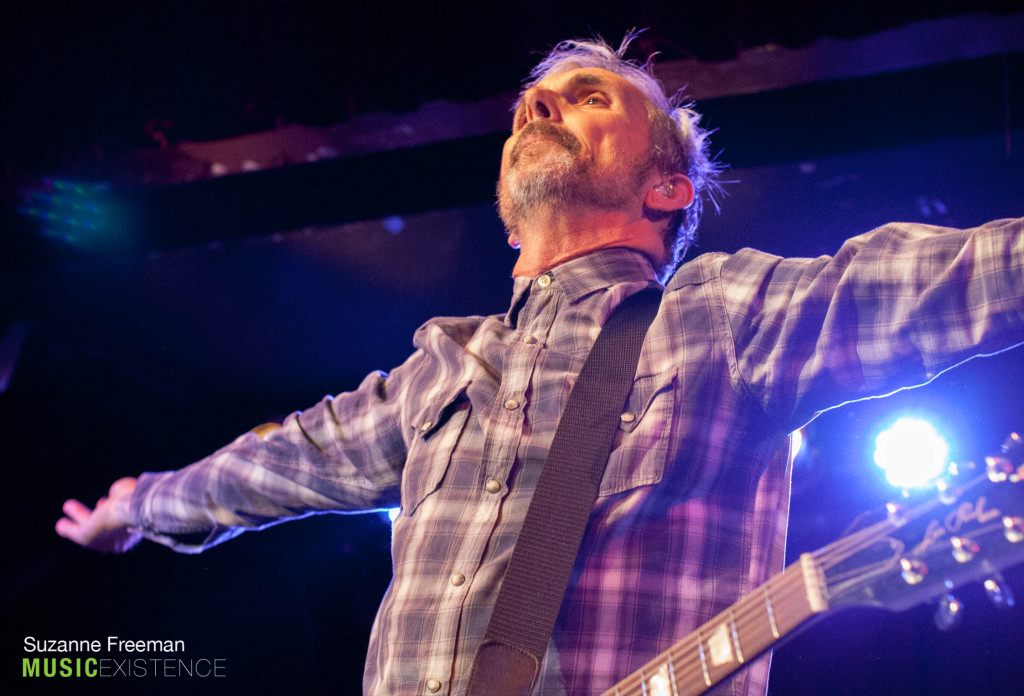 Everclear kicked off their 20th Anniversary tour at BB Kings in New York City on Monday, October 26, 2015. This concert was perfect for the hard-core Everclear fan – the type that’s been rocking out to them since their 1995 acclaimed album, Sparkle and Fade, was released. What made this a unique show was that it was the first time that they’ve ever played the entire Sparkle and Fade album on any USA tour. As one of those long time fans, I enjoyed every minute of the rare cuts from the older album. Besides Sparkle and Fade songs, they played most of their major hits (Father of Mine, I Will Buy You a New Life) and 2 songs off their latest album, “Black is the New Black”.

The intimate atmosphere at BB Kings was perfect to enjoy an Everclear appearance. It was cool for fans to be able to be so close to a band they’ve known for so long. The highlight of the night for me was when Art Alexakis scolded a fan who said he wanted to mosh. Art told him that moshing in your 40’s was as bad as crowd surfing in your 50’s. I’d have to agree with him, especially since I was holding a few thousand dollars worth of camera equipment at the time. Art and the guys were full of energy and put on a great show. This was a great way to kick off their 20th Anniversary Sparkle and Fade tour. Be sure to catch them when they come to visit your city.

Fun Loving Music Photographer and lover of live music in general. I am most likely to be spotted with a coffee in one hand and a camera in the other, somewhere in Philadelphia, New York City and everywhere in between. For more of my music photos: http://myphotos.bellemorephotography.com/
@bellemorephoto
Previous A WILL AWAY Release Brand New Video for ‘MY SITTER’ From Forthcoming EP
Next KAMELOT Kicks of Second Leg of North American Haven Tour Nov 13th!