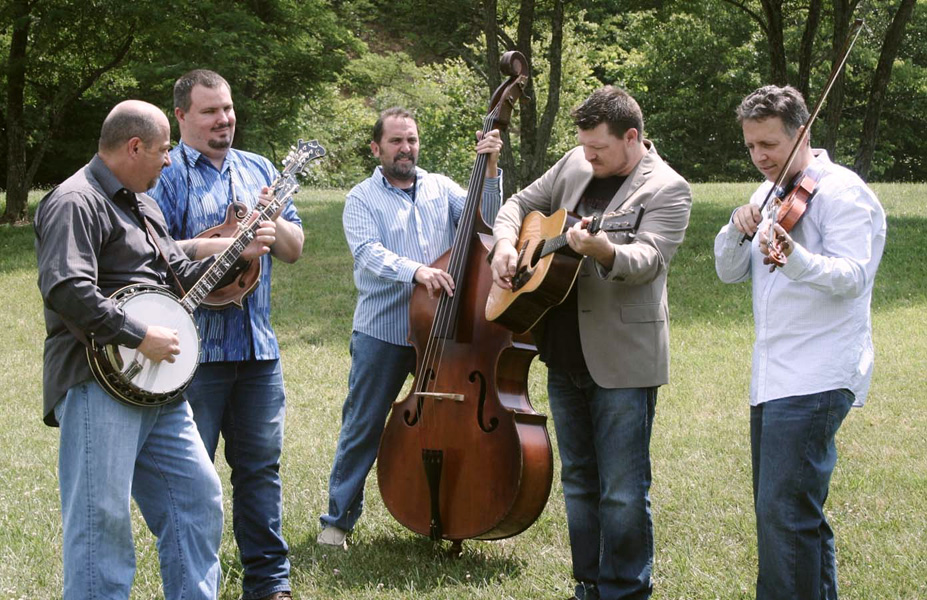 Shotgun Holler’s debut, Loaded, opens with the easygoing charms of “Out in the Parkin’ Lot”, a smooth and slightly pop flavored ode to hanging out in parking lots as a kid. The Midwestern band has chops to burn, but most importantly, their intangible feel for the music carries the day. It manifests itself in the deceptively easy interplay between the band’s musicians that manages to wring every drop of authenticity from the arrangement without ever sounding anything less than polished. “I Hope Heaven Has a Holler” is cut from similar cloth, but draws its inspiration from much older roots. The long tradition of songs like this is the album’s first clear cut indication that, rather than deserting bluegrass and embracing pop more, the band is attempting to find a synthesis between traditional models and modern presentation with great success.

“My Bucket’s Got a Hole In It” finds Holler sliding into a Hank Williams Sr. cover without a single ounce of nerves. They do an excellent job of approximating Williams’ gaiety in the original without ever attempting to mimic him outright and the good taste of the players helps distinguish it more. “Methamphetamine” takes the album in a much darker direction than earlier tracks and it’s an abrupt shift, but riding with the change has enormous rewards. Their songwriting skills are in full effect here and it’s particularly impressive how the song ends without the band ever using the title once. They don’t have to. They ground the track’s lyrical merit in its point of view and chillingly detailed descent into addictive hell. “Clovis Johnson’s Old Red GMC” is another abrupt move, but this time back to the light. It’s essentially a comedic narrative that’s a welcome relief following the pain of its predecessor.

“Relatively Easy” doesn’t land with the same immediate impact of earlier greats like “Methamphetamine”, but that doesn’t diminish its value. The track matches its earlier counterpart with a different approach empathizing a much more hopeful, though bittersweet, message. “I’ve Got Ramblin’ on My Mind”, perhaps one of the album’s more traditionally inspired tracks, nonetheless is a memorable vehicle for the band’s instrumental chops. The band’s sleek and streamlined delivery is uncluttered by affectation and purrs with a steady confidence. “This Side of the Grass” is another traditionally structured track that’s given an individualistic spin by the band’s songwriting. The darkly comic shades in the lyric are never overwrought and, instead, add a surprisingly temperate touch to what might have otherwise played as ultra depressing piece.

The album’s finale, “I Should Have Started Yesterday”, is perhaps the album’s best example of the homespun wisdom so often found in the genre’s lyrics. The lightly rueful edge within the lyrics never crosses the line into outright derision and the vocal helps convey that with warmth and a faint bluesy touch. It ends an album that, surely, must rank high among the genre’s best debuts. While the individual musicians are far from emerging talents, their synthesis into this new outfit sets the stage for what promises to be one of the most formidable legacies in bluegrass music history.