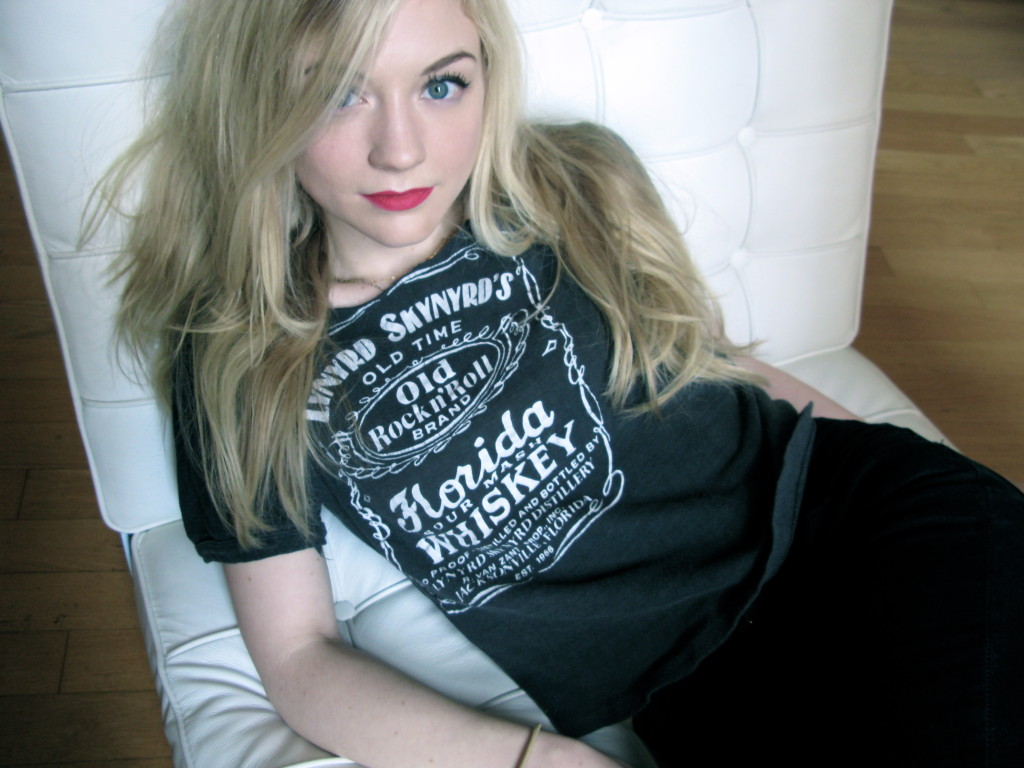 On Emily Kinney’s latest album This is War listeners will find several consistent themes including her ideal of a perfect future, love letters to California, finding saviors in boys, and the bumps along the way

On the bumpy track “Mess” which is about a boyfriend who “always leaves a mess behind,” someone who may not be right for the singer, the melody is light and catchy, full of sweetness and earnest lyrics. It’s the type of music that is reminiscent of Lily Allen and Lenka. And while we are rooting for Kinney to find a nice guy to settle down with, something she repeatedly sings about on the album, it is easy to see how a charming girl with a pop voice can be attracted to the bad boy. “Mess,” is relatable, sugary, and makes falling for the guy with “a leather jacket taste” sound like the perfect mess.

In the same vein, “Berkley’s Breathing” covers the topic of a “sure bet,” a relationship that is full of nights spent romping in hotel rooms and backseats. The tune is the first ballad on the album and finds Kinney’s voice sailing smoothly over the lyrics in a lullaby manner. With acoustic guitars in full bloom, and the utter innocent tone in Kinney’s voice, the juxtaposition between that and the lyrics make this song layered and complicated in all the right ways. “Berkley’s been breathing since first time we met, ” Kinney sings, her heart open for all to feel, a true sign of a pure singer/songwriter. Together, with the next track “Michael,” the two make a perfect chapter in the book of Kinney’s life. A bit of a peppier ballad, Kinney sincerely sings how Michael is a “magic human soul” and how even though she doesn’t believe in God, Michael is the closest thing she has witnessed to give her faith. One has to wonder if Michael is the same fellow Kinney was singing about in the previous tune, especially when she sings “Oh, San Francisco savior do you remember me in a backseat on a golden bridge kissing?” The location is right and she references “Berkley Breathing” by name. It almost feels like with one song behind her, Kinney finally feels ready to call her lover by name.

An ode to Los Angeles, Kinney pours her feelings out about the city on “Never Leave LA.” Her voice is pure honey, dripping smooth and slowly, and that is never more clear than on this tune. “Maybe it’s the sunshine or the tall palm trees,”Kinney ponders innocently about her relationship with California and a Californian boy. Always trying to see the best in everyone and everything, a quality that matches her sunny voice, Kinney even can see past the LA fog through to the pink skies. It’s the type of quality that one may view as innocent or naïve, but it is also filled with magic and wonder. With a bit of a jangle “Never Leave LA” has the most infectious chorus on the entire album and, as always on This is War, listeners will be rooting for Kinney to find her happy ending.

That happy ending sees a bump in the road on “Molly” the most angst ridden song on the album, and also the best. It is much more rock infused and has an Avril Lavigne vibe. Here the boy in question is cheating on Kinney with another gir,l her “understudy,” but instead of feeling entirely bitter she bites back. “So take my boots in his closet like you took my man/it’s clear you don’t mind wearing things second hand,” Kinney jibes and then issues a warning that even though she is happy Molly and her ex boyfriend “should stay away from the lower east side.” It is cheeky, and playful, despite its content, and it’s this cheer that makes “Molly” stand out on the LP. But even after the events that took place in “Molly” a happy ending is what Kinney seems to find in the last track on the record “Weapons.” Again she sings about “needing a God” and that she has found someone who is “just like a savior.” With her new man Kinney is sure that “life isn’t always unfair,” though she has had her her heart broken and bruised. “One day we’re gonna move to California to a house on a lake,” Kinney proclaims happily in a fashion that listeners who are going through hard times will find inspiring.

Whimsical, and with a fighting but gentle spirit, This is War, is a pick me up on a cloudy day. The type of album with such a positive attitude that one cannot help but feel happier after listening to it.