This fall, to support the release of their eighth album, The Color Before the Sun, progressive rock heroes Coheed and Cambria are touring the United States along with friends and fellow progressive masterminds Thank You Scientist and swapping direct support halfway through the tour between emo experimentalists Cursive and influential post-hardcore outfit Glassjaw. This review will cover one of the band’s midwest dates: October 14th at The Pageant in St. Louis, while remaining relatively limited in regards to setlist spoilers.

The Pageant is a medium-sized concert theater in St. Louis, and played host to one of the earlier dates in the Color Before the Sun tour. Contrary to expectations, the house was already packed by the time the first band took the stage. Thank You Scientist, a seven-piece progressive rock band from New Jersey which is currently one of the few bands signed to Coheed and Cambria mainman Claudio Sanchez’s record label, Evil Ink Records, punctually took the stage to a rather lukewarm crowd. Despite this, the band proceeded to rip through a surprisingly diverse 5-song setlist, given the brevity of the set time and the band’s limited catalog, which consists of only one EP and one LP. In their short time on stage, the band previewed an untitled new song, and performed a brassy, energetic cover of Tears for Fears’ “Head Over Heels”. By the end of the final song, the crowd was obviously won over by the band’s charm and technical prowess, which was exhibited in spades by every member of the band – from the guitarist and the drummer, to the violinist and brass section.

The next band, Cursive, followed suit in the theme of unconventional rock instruments, as a cellist took a seat next to the bassist at the beginning of the hour. The band begun by dropping into a cacophonous, dissonant piece which undoubtedly had newcomers in the audience scratching their heads wondering whether or not the band had bothered to tune their instruments beforehand. Fans, however, know that this is the style of the band, and as each phrase resolved and each listener warmed up to this fact, the audience seemed to grow receptive to Cursive’s experimentation. From certain places in the audience, the cello was all but inaudible in the live mix, but when the dirty guitars took a break, a few poignant moments featuring the classical instrument were unearthed.

Finally, Coheed and Cambria took the stage to chants of “Co-heed! Co-heed!” The band opened with two tracks from the new album, which were enjoyable in the moment, but ultimately proved to be a less than stellar series of tracks to open the show with. This is due mostly to the fact that album had not yet been officially released, so as accepting as the audience was, most members were content to nod along to the rhythm until the band threw back to their first album. The sudden jolt to the crowd’s energy was immediately apparent as hands flew into the air and people began jumping and singing along. Even the band became noticeably more animated while performing what they knew were fan favorites. This is not to say that the band’s new material was ill-received. As the night progressed, their forays into more recent work proved more enjoyable than the openers, with an especially delightful treat courtesy of the on-stage lights occurring during the band’s latest single, “You Got Spirit, Kid”.

The overall theme of the evening ended up being twofold. Primarily and expectedly, the band was there to promote the new album, the success of which is difficult to say as only a small minority of the audience had heard the material prior to the show. Secondly, the set was geared toward pleasing fans of the band’s older material, more specifically, the first two albums. Exactly half of the 16-song set was dedicated to modern prog classics The Second Stage Turbine Blade and In Keeping Secrets of Silent Earth: 3, going so far as to include some deep cuts from both, much to the satisfaction of fans. This meant, however, that recent works such as The Afterman series were touched on only for one song, and the polarizing album Year of the Black Rainbow was overlooked entirely. This is understandable when a band reaches the point of possessing an extensive back catalog and only enough time to cover either their greatest hits or a grab bag of selections from every album, but not both. Coheed and Cambria are obviously aware of their staples and are happy to indulge long-time fans who have taken the band to their current level of success, and while their Color Before the Sun tour will likely not reach the legendary heights set by some of the band’s appearances in their heyday (or some of the more recent “Neverender” classic full-album tours), it is absolutely worth attending any of the remaining dates for any long-time fan of the band, or anyone seeking to discover talented new artists in the progressive or alternative rock scenes. 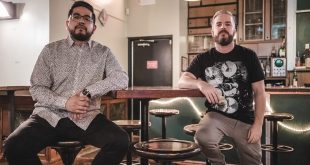