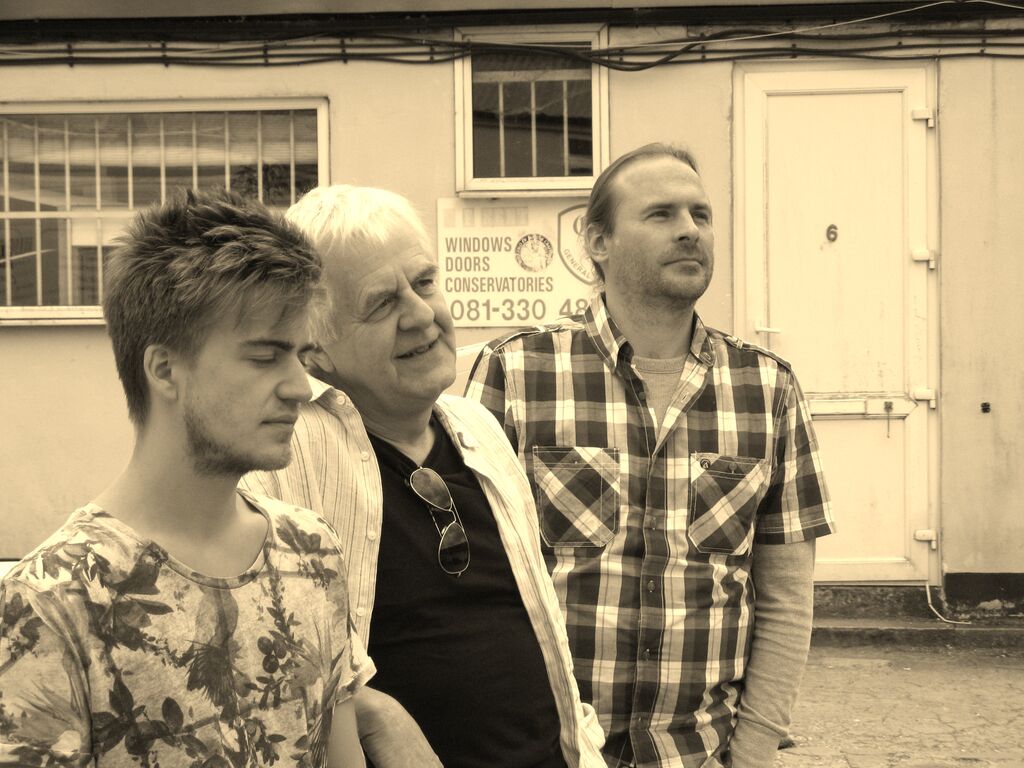 Interview With Richard Grace of Tumbler

Tumbler is a folk/rock group hailing from England and they have recently come into their own with a very hypnotic release titled You Said.  The twelve-song album touches on personal matters from Richard Grace as well as personal matters from his son Harry. The band has created an enjoyable group of songs and are continuing to write and record constantly. We caught up with the band to discuss the new album:

Me: You Said has a very comfortable and relaxing vibe to it, was that a conscious effort to make the record sound the way it does or did that just sort of come together during the songwriting process?

Richard Grace: it’s good to know that’s the vibe you get from it but in truth there was no conscious plan. We simply had a bunch of songs we’d enjoyed playing together over the years and decided to record a few of them. Taking them into the studio was a joyful experience that changed the songs into something different and wonderful, like seeing old friends in new clothes. In this respect Dave (Needham) was a catalyst – his big thing is the belief that the song is everything, but turning it into a record is a further evolutionary step to add even more.

Me: Can you tell me about the cover art for the album? Is there a back-story to that photo?

RG: It was just a fun family snap. We were on holiday in Portugal fooling around on the coast. Harry realized there was a ledge and Tom took a picture of him leaping over the cliff edge onto it. Later when we started thinking about releasing the album it seemed symbolic of the leap into the unknown that we were contemplating.

Me: What is the best and the hardest part about being such a tight knit family group?

RG: Another insightful question… I know togetherness isn’t a given in families. When it is there it’s special and something not to take for granted. The music is an important part of what goes on between us but it’s only one part. The rest of it is to do with love and friendship and enjoying each other’s company and taking the time to stay connected. I can’t think of a hard part – maybe the realization that your sons have become better writers and guitarists than you ever were… although please don’t tell them I said that!

Me: Are there any tracks on You Said that stand out to you as a favorite? The tracks “Call Me Sentimental” and “Flowers and Miracles” are personal favorites.

RG: Most of the songs carry personal meaning of some kind. “Flowers and Miracles” was fun because we got our youngest son Ben and three of the granddaughters involved, and the song also has years of resonance from when each of them was small. “Call Me Sentimental” and “Dead Man’s Bones” also bring back a lot; being songs we’ve enjoyed singing and playing together over the years.

I’m glad though that there was room for a bit of reflective stuff too. For me “Rowan Tree” is full of personal references. “Sleepy Bananas” too means a lot with something to say about life as well as being a simple little lullaby. “Dennis and Jean” comes from the heart and tells a true story about some people who were very special to me. But if I had to pick a favorite, although it pains me to say it I think I’d have to go for one of Harry’s. I love the pace and energy of his poetic story-telling on “Bueller”, and love even more the sheer power and poetry of “Break or Fall.”

Me: Now that You Said has been released, what is next for Tumbler in terms of shows and possibly even more new music?

RG: The new music is already happening and for now that’s the priority. There are still a lot of songs from the established repertoire we want to record, on top of which Harry is writing more these days and has some outstanding stuff coming through. A second album is planned for next year. As for shows there aren’t any plans right now, but Harry and Dave both have the performing bug so… watch this space!