Home / Article / An Interview with Hudson 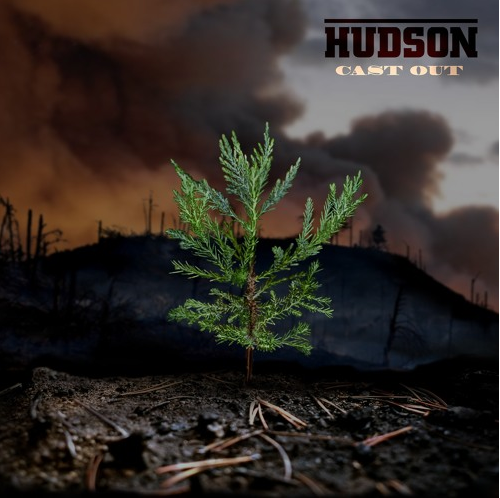 An Interview with Hudson

Los Angeles-based four piece rock n’ roll band HUDSON are set to release their brand new tour-de-force of an EP “Cast Out” on October 21st, and I had the fortunate opportunity to speak to HUDSON about the band’s message behind their music, their musical inspirations and what really drives their gritty, down-in-the-dirt sound. It’s clear that the members of HUDSON are seeking to bring back the roots of rock, and they’re already well on their way.

What are your goals for “Cast Out”? What kind of energy are you trying to convey? What kind of impression are you looking to make your listeners?

Brian Cohen (Bass and keys): “Cast Out” has a very personal message, and our goal for the EP is to convey that. The first song especially on the EP is kind of close to home. About six years ago I was beaten nearly to death. It happened on a night when we were leaving Atlanta. We were all saying goodbye to all of our friends. I just happened to walk down the wrong street at the wrong time. When that kind of thing happens to you, you hit a fork in the road. You can either do something positive or you can do something negative. And this song is all about taking from the negative and using it as fuel for the positive.

So this EP especially comes from an incredibly personal place.

Cohen: Yes, definitely. About six years later, after it all happened, we found the guys. Took a long time to get them to court. Unfortunately it didn’t end up going my way. So, the message and the goal that we’re really trying to put across with this EP is that, you know, everybody has something in their life that they can either get bogged down by and just accept, or you can choose to use that “negative” thing as fuel for positivity. That’s the route that we chose by putting our song out and letting the truth ring loud and clear. And that’s something that those people will have to be reminded of by hearing that song. Hopefully we’ll be able to get that message out to the world.

I would imagine that this message is what really distinguishes “Cast Out” from your other work. Would that be fair to assume, or is this theme an undercurrent throughout the rest of your music?

Cohen: Well, specifically this story obviously only pertains to this EP, but our goals have always been to push a more positive message in general. Because, you know, in pop music there’s a lot of negativity. It tends to push a lot of “me, me, me”, and “I wanna be famous”, y’know, “selfies”, and social media and all these things, and we’re trying to promote the idea of putting your heart and soul into what you do. Follow your dreams, respect humans. This is something that’s definitely there in all of our songs. Whether it’s a song about a relationship that goes wrong or goes right, or anything else. Most artists, or really anyone who’s thinking outside of the box or acting differently is typically met with a lot of criticism, like “you’re not doing it right” or “you’re crazy”. Anything like that. So a lot of our message is respect, passion, and heart and soul. Because if everyone woke up with that attitude, the world would be a much better place in our opinion.

And this message that you put out with your music is, like you mentioned, much different than a lot of the music that’s so prevalent today in popular culture. Do you take pride in the fact that you’re diverging from the norm?

Chris LLewellyn (guitars): Yes. We try to consider ourselves a vegetable amongst candy. You know, there’s a lot of candy out there, it tastes good in the moment, but you can’t live off of candy forever. You can’t survive on it and you definitely can’t thrive on it. Instead of having hit songs on the radio and having them fade away after six months then trying to get another one out there, our goal is to have our songs playing on the radio twenty years from now. We want something that will leave an impression. And that’s what rock ‘n roll is really all about, making music you want, playing what you want to play, and getting a message out there that affects the world. And it’s not just rock ‘n roll, but really any genre of music that has that attitude.

Just generally speaking, how long does it take you to write a song?

Hudson: Writing a song takes no time. You know, it could be a matter of minutes or an hour or so. And the way the game is now is that you’re constantly expected to crank out hits nonstop, but we like to really take time and develop a song. That’s when the most magical songs are made, when you really put a ton of effort in. So, we write songs very quickly, but then we take the time to perfect them.

How is performing live for you? Is it one of the most favorable aspects that comes with working as a band?

Cohen: The energy we have onstage is new every time. We’re usually drenched in sweat and just feeding off the energy of the crowd. The songs really come to live when we’re onstage. We get to see our creations and our hard work all come to life. It’s an experience that you can’t really have anywhere else.

Previous Interview With Richard Grace of Tumbler
Next Album Review: Blessthefall – To Those Left Behind