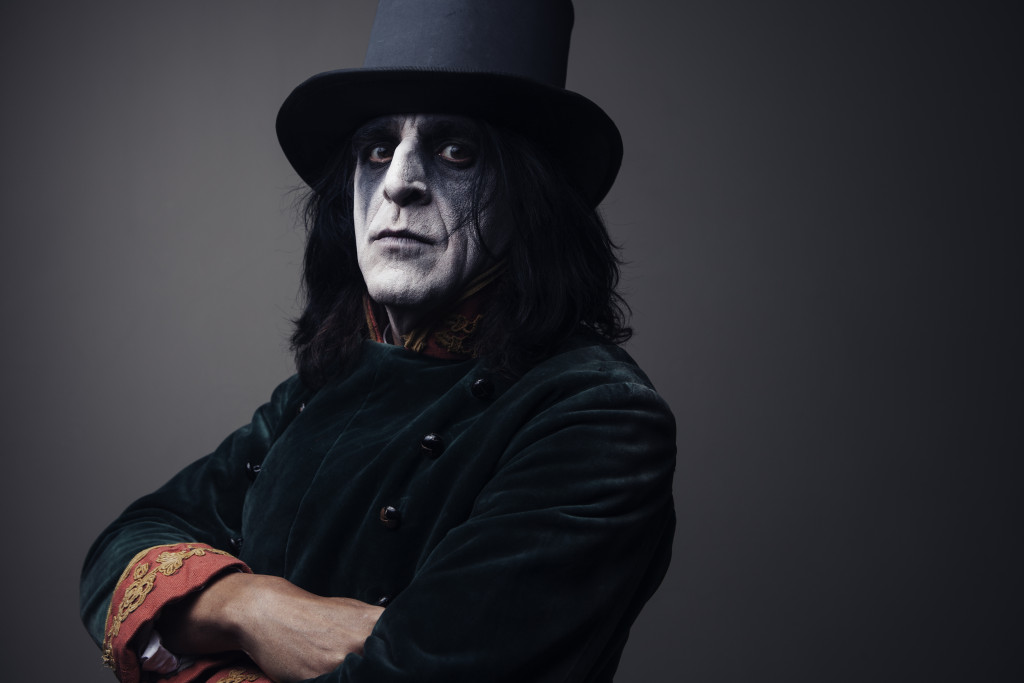 For over 35 years, Killing Joke has constantly managed to reinvent their sound without losing their identity. Once a pivotal figure in the late 70s English post-punk underground, their influence later took on a life of its own, proving just as resonant with My Bloody Valentine as it was with Metallica. In 2008, original members Kevin Walker and Martin Glover (guitar and bass, respectively) rejoined the band, thus reestablishing its original lineup. Killing Joke would continually challenge sonic boundaries, building an even greater critical rapport into the next decade. Now, after a three-year lapse, Killing Joke will unleash their latest album, Pylon, a much crisper and accessible effort.

Listening to “Autonomous Zone,” I instantly noticed a vast improvement in both production and execution compared to the previous album, MMXII. There is generally a better balance between the industrial/synth components, giving the rest of the instrumentation a vibrant pop. The chunkiness of the guitars, while contrasting with the groove of the slap bass, shares an equal energy with the drums. Atop the scenery is Jaz Coleman, whose effect-charged, syllabic vocal delivery serves as an instrument in itself. Various structures are repeated throughout the song, but an extra layer of ambience is added each time, allowing it to keep a fresh pace. The second track, “Dawn the Hive,” is decidedly more metal-influenced, focusing on darker riffs while also adding symphonic textures. The drums shift rhythms between the intro and verses, while a subtle electronic snare fill makes each transition all the more explosive. At times the experimental nature of the synths may collide with the vocals, but they still do much to enrich the atmosphere. On the third track “New Cold War,” a similar type of metallic riffing is present, although the main emphasis is placed on alternative-styled melodies and a danceable accessibility. Once the chorus hits, the octave chords from the guitars give the song a blunt heaviness that fits very well with the vocals. As the song intensifies, its title is chanted, Coleman’s braying, Lemmy-tinged voice proving that the band hasn’t abandoned their roots. That same dance vibe is also captured on “Euphoria” but interestingly feels better utilized with its radio-friendly structure.

In fact, the middle of the album starts to veer away from experimentation, toward hook-laden territory, but more the kind any listener would demand to be on rock radio. “War on Freedom” has a pleasing grunge chord progression during the verses which, in addition to standing strong on its own, is given a more distinct presence when topped with Killing Joke’s signature trimmings. It may actually fare better with a radio edit upon release, as certain phases—specifically the intro and solo melodies—seem to repeat in the song just to fill time. However, the following track, “Big Buzz,” is definitely a superior choice for a single, given its strong snare-based rhythm, more memorable hook, and simpler message about the thrill one receives from chasing a dream. The chorus also sounds fuller as the drums have greater accentuation, and the vocals are brought to the forefront by a densely layered mass of crisp guitars. By the remainder of the album, the metal edge makes a welcome return. “Delete” exhibits a similar setup of the first track, but these jolting snares fit more comfortably with the albums once again revved up pace. The percussive synth backing asserts more of a presence as well, bringing to mind images of genocidal rampage. On the final track, “Into the Unknown,” the alternative/metal hybrid sound is best utilized, as more nuances of melody are effectively brought out and not merely chugged away. The verse melody is also extended, exhibiting a choicer variety of chord changes which change fluidly with the drums. Throughout the track, the vocals, synthesizer, and orchestration all reach points of unifying climax, making for a satisfying finale.

Overall, Pylon was a much-needed follow-up and a proper statement for the modern era of Killing Joke. While a far cry from their glory days in the 80s, the band still stays fresh and keeps their sound accessible for a new audience. Some of the songs have repetitive structures and aren’t as tightly focused, but the flow stays relatively consistent nonetheless. Let’s hope for the best as the band embarks on their 2016 North American tour!

I come from a family who is passionate about all things music. I learned to sing at an early age, and by 13, had my very own Fender Strat guitar. I tried my hardest at learning all that I could. Because I was born with cerebral palsy, I had to teach myself an adaptive playing style. I learned to write and record my own music, despite these difficulties. In college, I started making great use of my writing abilities by reviewing music, as well as copy editing. I guess it's best to stick with what you know, while welcoming a fair challenge at the same time.
Previous Dallas Musician Gives Back to Aspiring Artists through The Sound Foundation: An Interview with TSF Artist, The Pröjekt
Next ROB ZOMBIE at Rock Allegiance in Philadelphia, PA 10/10/2015