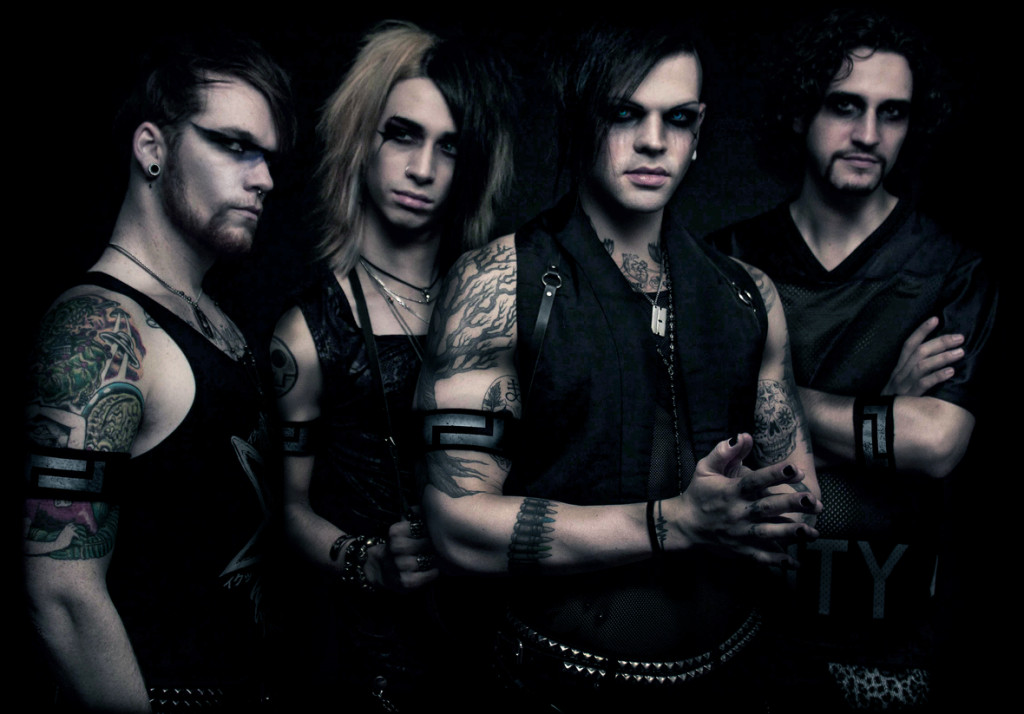 New York based Dark Alternative Rock band Echo Black has released their debut music video “Burn Another Day” (featuring Davey Suicide) which originally premiered with REVOLVER Magazine and was directed by Nathan Crooker. The track was produced by Nick Scott and is available for purchase now on iTunes & Amazon.

The band also has announced the dates of their upcoming North American tour with Combichrist and The Birthday Massacre. The tour kicks off on October 28th in Baltimore, Maryland and works its way throughout the United States wrapping up on November 23rd in Indianapolis, Indiana.

This song marks both a beginning and an end for us; the close of one chapter and the opening of another. The four of us have spent a lot of years waiting for this very moment and we each poured our individual sets of influence and experience into this song and video. We are hungry and we are coming out with guns blazing. We are the sound of midnight. – Danny Blu (Lead Vocals)

Formed by front-man Danny Blu in 2015, Echo Black is a Pop/Rock/Industrial band based in New York City. Drawing on the differing influences of each unique member, Echo Black sets out to make evocative and visceral music you can feel in your bones.

We are ghosts. And you will know us.