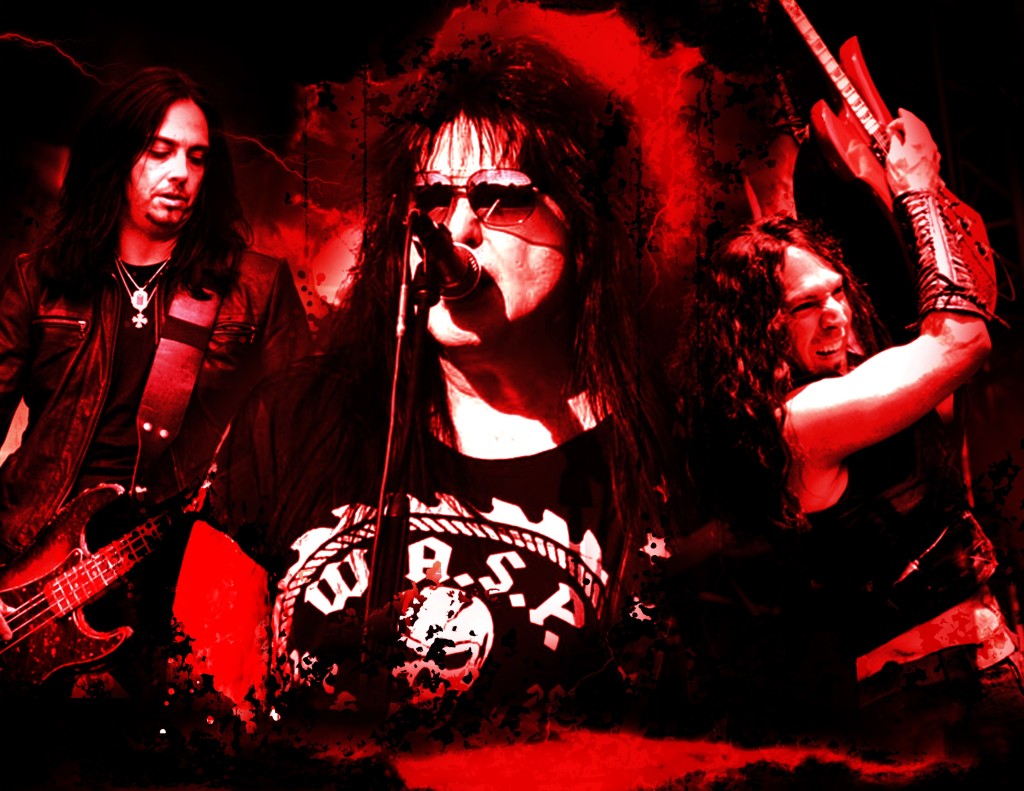 A retrospective covering the Sunset Strip music scene of mid 1980s Los Angeles would feel incomplete without inclusion of W.A.S.P. Best known for such hits as “Wild Child,” “I Wanna Be Somebody,” and “L.O.V.E. Machine,” the band exuded an identity that kept them in a league all their own. While a majority of bands on the strip garnered a rapport with females based on their “glam” image, W.A.S.P intended to shock. Their live shows were characterized a profusion of blood, bondage, and raw meat, essentially drawing in much bigger crowds. The band eventually caught the attention of the conservative Parents Music Resource Center (PMRC) in late ’85, where their song “Animal” placed ninth on the Filthy Fifteen list. Even the mere typeset of the band name—which has had no specific meaning—raised quite a few eyebrows as they achieved popularity. But controversy aside, it was the diligence and dedication of frontman Blackie Lawless—the sole original member—that contributed to the band’s longevity.

For proof of their endurance, W.A.S.P. has maintained a sizable fan base without compromise. Last Friday, the band released their latest album, Golgotha, their fifteenth to date. As a follow-up to Babylon, this album justifies the four-year gap: a personal journey utilized by way of a spiritual self-discovery, and making the most out of challenging circumstances. Lawless tapped into the power of faith, pulling through a massive anniversary tour and various surgeries, and successfully revamping the chemistry with bandmates Doug Blair, Mike Duda, and Mike Dupke (lead guitar, bass and drums, respectively).

The opening track, “Scream,” has a special quality right from the start. The classic riffs are present, but sound as though they aren’t confined to a particular era. I’d even go as far as saying that it can even grab the attention of listeners who are totally new to the band. Once Lawless started singing, I was reminded why this album was worth the wait. His voice is mixed extremely well with the instrumentation, and it hasn’t lost its fiery luster by any stretch. The guitars maintain their signature melodic edge, in a way that gives the album the memorable start longtime fans can expect. Besides a solid stylistic showcase, Lawless writes from the perspective of a born-again Christian throughout the album. While I find a majority of Christian rock to be stigmatized for being mostly watered down and one-sided, his stance came off to me as not only personal, but authentic. In fact, he details his kinship with God amidst plenty of darkness and hellish lows, rather than through superficial praise. The second track and carrier single, “Last Runaway,” is a solid example of his experience being totally vulnerable in the pursuit of a dream. From the second verse, the lines “The price of pride bled down on me/And ransomed my soul “resonated with me, as they not only deal with Lawless facing the ramifications of his actions, but spiritual deprivation. That is, being crippled by the desperation to restore his character, and fearing abandoning his core values. As the song proceeds, he even goes to the extent of wishing to wipe out his identity, leaving nothing but a bold face and a rough interior. Even so, Lawless assuredly reminds himself of his goal in the final verse (Oh help me Lord to make it/… Just one last chance to change it/Give me back the life I can’t wait to live). On the other hand, “Shotgun,” addresses a more dystopian setting, where one’s faith is obscured during tyrannical rule. In places of widespread corruption, the “king,” as described in the song, feels the need to embellish his role as a false deity. Lawless really belts it on this song, conveying a brutal depiction of the slaves being grossly overworked (“[The] whip keeps pounding down now/… The plantation’s cotton’s rotten so long”). However, in a surprising turn, once the slaves realize that the king isn’t fazed by their work ethic, they decide he must be taken down by brute force.

Toward the mid and latter parts of the album, there are clean intros that allow for more of a buildup to heaviness. I thought that “Fallen Under” would be best represented as a follow-up single, given its concise theme of salvation. Again, Lawless’s vocals are definitely at their best here, and they work especially well with the song’s “’quiet’ verse, ‘loud’ chorus” dynamic. The harmonized vocals are elevated by the thickness of the power chords, and by the overall mix, they keep the song sounding natural, rather than formulaic and repetitive. Likewise, “Eyes of My Maker” also assumes a similar dynamic and theme. This time, Lawless pleas to God for forgiveness in an unabashed and honest manner. But in the process, he is conflicted whether or not this honesty is his admitting to doubting God’s love, or simply doubting himself. At around the 3:20 mark, his vocals shift to a rather mournful tone, and are complemented by increasingly melodic clean guitars. I appreciated how the transition to the chorus matched the intensity in his voice, as if his soul was opening up to near surrender. The final title track is a soulful ballad of epic proportions. Its allusion to the site of Jesus Christ’s crucifixion also plays like metaphor for one’s indefinite fate. Out of all the tracks, not only is this one by far the best in terms of instrumentation, but its lyrical content evokes the feud between Jesus and the Devil—a normally invisible conflict that is brought into the foreground. It is the ultimate test of faith when the world has spiraled into chaos, and all that remains is one’s patience and sheer will.

Overall, Golgotha is a daring leap into an underappreciated dimension of heavy metal. Lawless’s born-again Christian perspective adds a unique insight that is equal parts spunk and smarts, and from a sincere and unbiased point of view. The album’s concept stayed intact—poignant hard rock that steers clear of imposing a set of beliefs on its listeners. After over 30 years on the scene, this may as well be W.A.S.P.’s greatest, most important work to date.

For more information on W.A.S.P., visit the following:

Additionally, you may purchase the album via the following outlets:

I come from a family who is passionate about all things music. I learned to sing at an early age, and by 13, had my very own Fender Strat guitar. I tried my hardest at learning all that I could. Because I was born with cerebral palsy, I had to teach myself an adaptive playing style. I learned to write and record my own music, despite these difficulties. In college, I started making great use of my writing abilities by reviewing music, as well as copy editing. I guess it's best to stick with what you know, while welcoming a fair challenge at the same time.
Previous E.P Review. Leave The Former: Nonsense
Next KATAKLYSM & BELPHEGOR announce North American Tour! 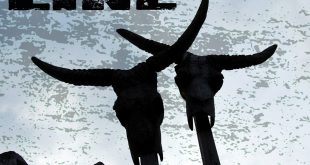 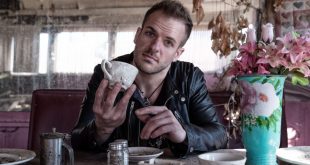