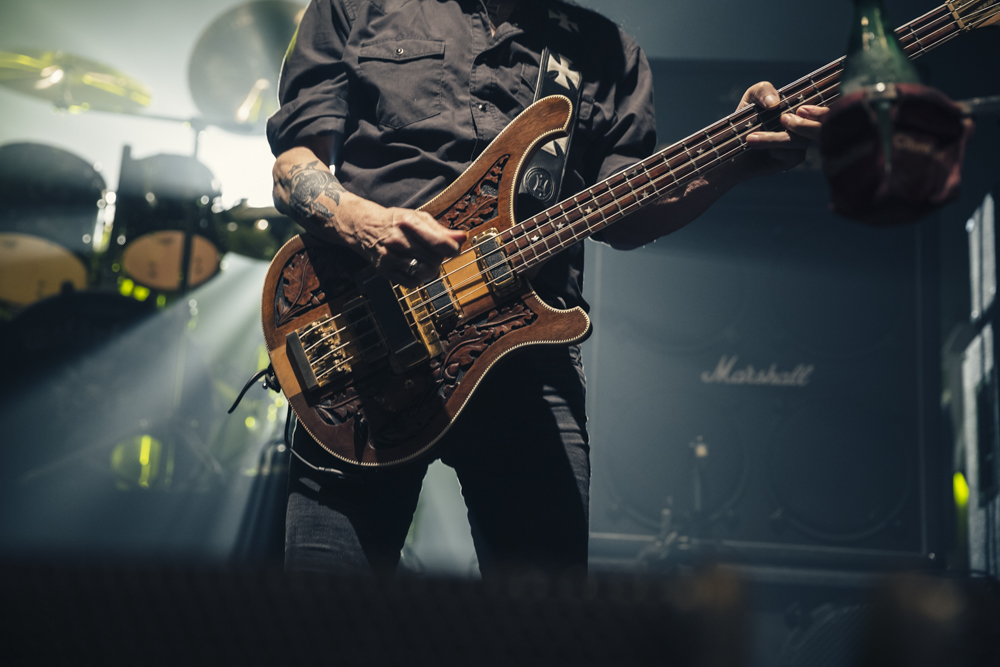 Following a string of shortened and cancelled sets due to frontman Lemmy’s recent lung infection, there was some trepidation in the audience as to whether he would be able to deliver a strong performance. Those fears were countered as soon as he took the stage, commanding the audience from beneath the brim of his signature black cowboy hat adorned with crossbones. “We are Motorhead,” he announced, “and we are here to play rock and roll.” From that moment, the audience met him with an uproarious cheer, and rock they did.

Crobot and Anthrax opened the night, effectively warming up the enthusiastic audience. Anthrax’s frontman Joey Belladonna paced around the stage and howled at the crowd, who grew exponentially raucous with each verse. Anthrax killed their set and paid their respects to the honor of opening up for Motorhead.

Excitement flew through the air like electricity as techs set up the stage for Motorhead: the pungent odor of leather and sweat drifted into the nostrils of everyone present as the audience milled around, with people pressing anxiously toward the stage. The crowd chanted “Lemmy” until the band took the stage. Up front amidst the mosh pit, bodies were everywhere, pressing in from all sides. By the time you realized the attacks were coming from every angle it was too late: there were fleshy, sweaty, bearded fans crowdsurfing on top of you, hands outstretched toward Lemmy. Even if you wanted to escape, you couldn’t–you were completely drawn in by the wizardry being performed onstage, adrenaline pumping through every vein, capillary, and artery in your body.

The triumvirate of rock rounded out a solid set that lasted the duration of nearly an hour, going above and beyond expectations to deliver the crowd’s request for an encore. Although Lemmy was the center of attention, guitarist Phil Campbell and drummer Mikkey Dee held down the fort on their respective instruments: Campbell shredded his way through the night, while Dee sat perched behind a massive drum set, blond hair backlit by a dynamic light show that gave him an iridescent appearance.

Motorhead’s impressively aggressive performance nearly shattered the collective ribcages of the audience; one man held his four- or five-year old son, who wore noise-cancelling headphones and looked on apathetically at the band’s performance, clearly not comprehending that Lemmy is God.