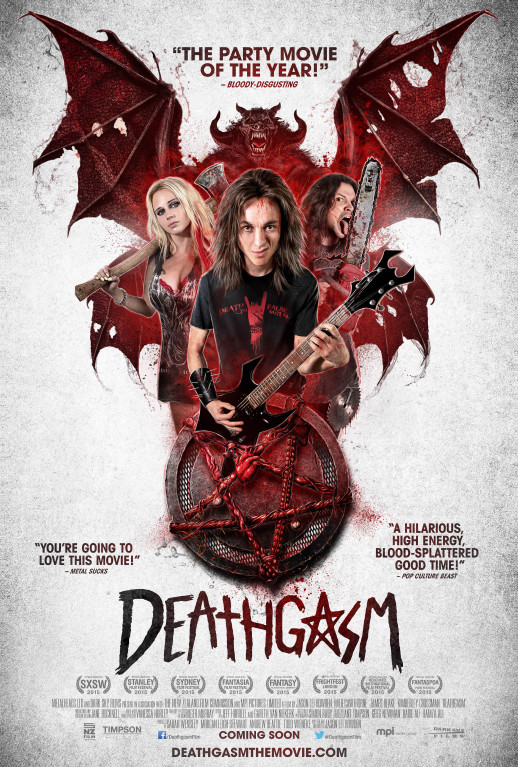 “Deathgasm is a film by metalheads for metalheads… Deathgasm is here for those defenders of the faith who want to have a drink or two, cackle their asses off, punch their fists in the air, and save the world from false metal.” – MetalSucks.net

High School is Hell! Metal-thrashing Brodie is an outcast in a sea of jocks and cheerleaders until he meets a kindred spirit in fellow metalhead Zakk. After starting their own band, Brodie and Zakk’s resentment of the suburban wasteland leads them to a mysterious piece of sheet music said to grant Ultimate Power to whoever plays it. But the music also summons an ancient evil entity known as Aeloth The Blind One, who threatens to tear apart existence itself. Their classmates and family become inhabited by demonic forces, tearing out their own eyes and turning into psychotic murderers… and this is only the beginning!

Check out the trailer below: