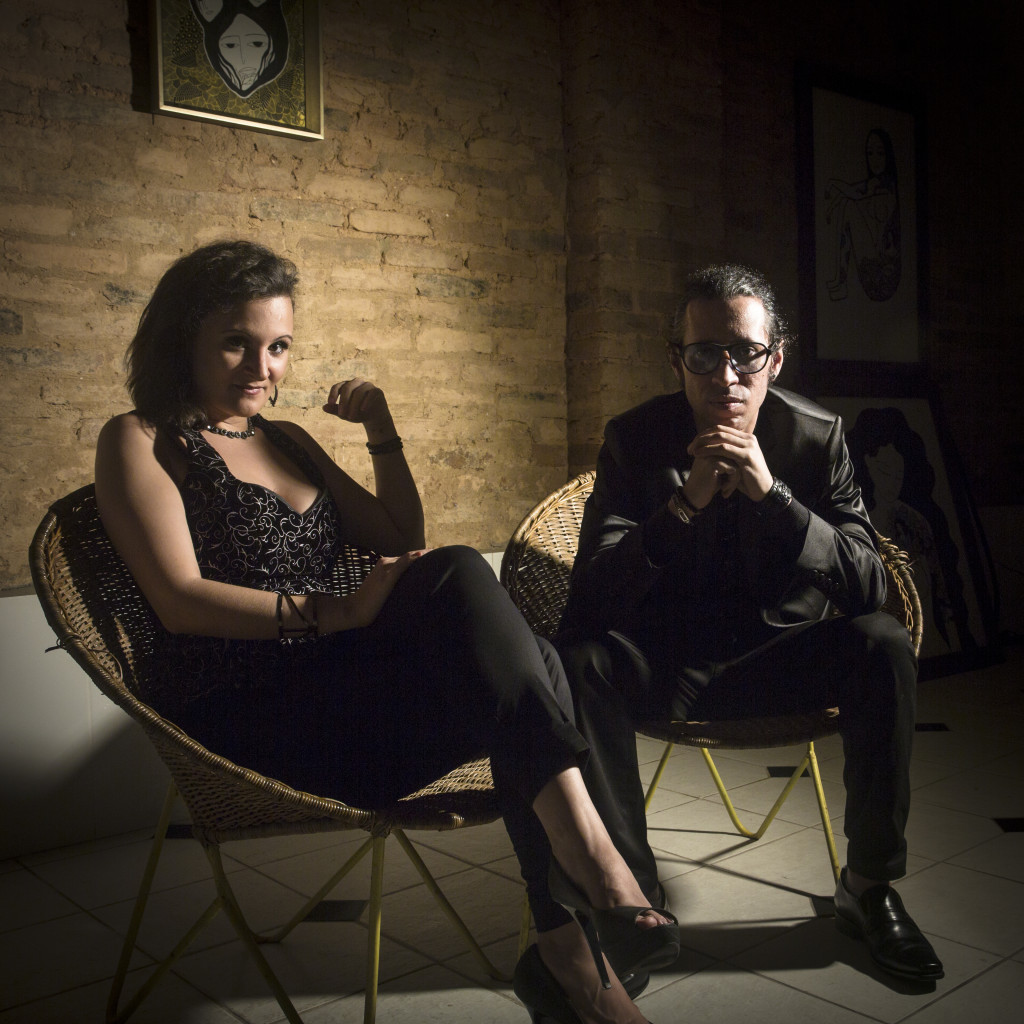 DIVINA SUPERNOVA – FROM EARTH TO UNIVERSE

Imagine a mix of instruments like acoustic guitar, transversal flute, French accordeon, sounds of the stars, binaural sounds, kazoo, eletric guitars, keyborads, horns, synths, violins, violas and cellos with lyrics in Braziian Portuguese, English and French sung by a precise voice with strong eletronic beats and organic drums. This is Divina Supernova: A south-american duo that wants to spread their music around the world and explore diverse genres with diferent instruments.

Ana Galganni and Júnior Bocão released their first album called “Pulsares” on 2013. The CD and live performances had a great acceptance by the audience and critics. Since 2012 they’ve traveled and made concerts in Europe and United States. These experiences had opened new horizons to the couple and now they release TORUS, the second album that was the result of a well-succeeded crowdfunding campaign and has collaborations of musicians from all over the world.

The first new album’s videoclip is from the opening track “Torus” and has influences that goes from Michael Jackson to Mark Ronson & The Business Intl. The video was recorded in São Paulo (Brazil) and the lyrics in Portuguese talks about the Sacred Geometry, the power of thinking among other subjects that are explored through the songs.

We can’t leave to highlight the songs “Supernova” – a funk/rap that has the collaboration of the Texan drummer Jason Meekins and the Brazilian rapper Vitor Pirralho. The special features of the bassist Vinicius Junqueira and the singer Esmeria Bulgari from the seminal band “Os Mutantes” on the tracks “Equilíbrio” and “Amaré”. At last, the track “Binaural Waves”, a great reggae sung in English by Ana with the featuring of the american singer Élan Noelle.

Stephen Vicino is the founder of MusicExistence.com. He created this site to give talented musicians a voice and a way to be discovered.
@@svicino
Previous An Interview with Adam Zwig
Next “A Taste of Heaven”