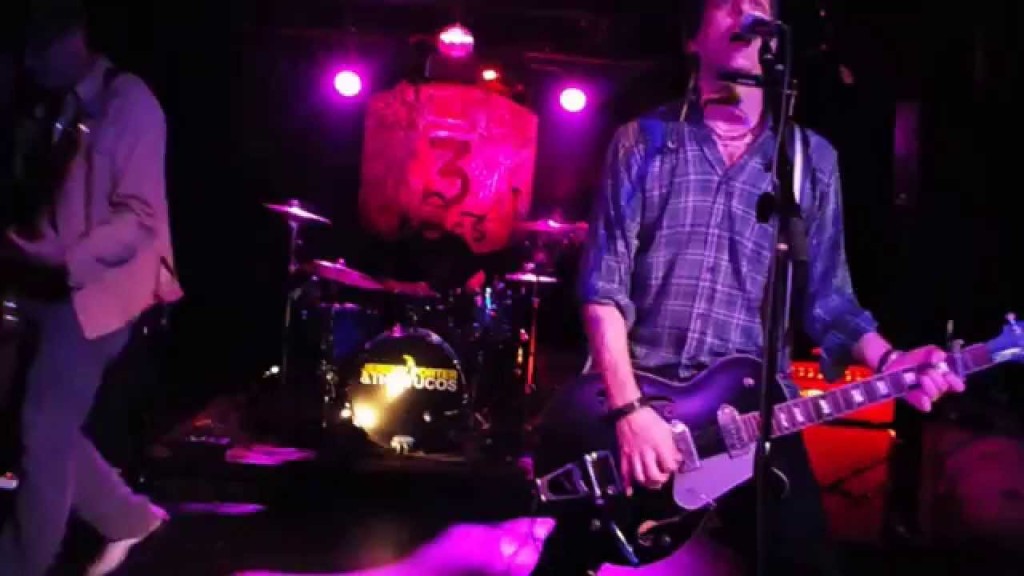 Jeremy Porter and the Tucos – Above the Sweet Tea Line

Jeremy Porter and the Tucos – Above the Sweet Tea Line

There is nothing subtle about the second full-length album from Jeremy Porter and the Tucos. The urban cowboy assault of Above the Sweet Tea Line rarely lets up off the throttle or the listener’s throat, keeping the constant pressure of rock n’ roll tight and to the temple. While the constant incoming fire is pleasing and full of pyrotechnic glory, it would be interesting to see what happens if Porter and friends gave his audience a little breathing room from time to time. Still, as it is Above the Sweet Tea Line delivers rock n’ roll bliss without any sort of pretense.

Things are hard from the get go with “Josh” storming the gates with a volley of rapid fire guitar riffs, acoustic breakdowns, spitfire vocals and a rhythm section that is all about the enforcement of rapid movement. There is still time for big chorus hooks and thought-out structure, but for the most part this cut is all the sharper end of the rock n’ roll knife. “Bottled Regrets” and “Elimination Round” also enforce electric riffs, lyrics dealing with love/loss/booze and a rhythmic churn that batters hard instead of slow burns the campfire. Melody is interjected in dollops instead of bucket loads, while Porter keeps his voice between an irritated croon and gruel sipping’ growl with some definitely influence of Johnny Cash and the blues on hand. A southern rock boogie played on the acoustic and interspersed with a little of the funky chops of Sublime intros “Knocked out Cold” before nimble riffs, backing keys and an infectious vocal rap provide respite from the album’s chosen trajectory momentarily until the familiar white-wash of dirty guitar riffs and lead licks take hold once more. A hop-a-long honkytonk number crops up with “Don’t Call Me Darlin’” which has twanging licks, banjo, slide guitar and whiskey swilling bass lines all stocked up in its saddlebag. Pure rock, no chaser is the name of the game in whirling dervish ditties such as “Hey Kentucky,” “Long Story” and “Sounds like Goodbye” where the riffs fly faster than a hurricane, the vocals power strut to the finish line and the rhythms remain groove while carrying enough weight to break a back or three. This kind of abrasive yet melodic range is where Jeremy and the Tucos do the most work and it’s no secret that this is probably the style that they excel at more than anything. The strict balladry of “Sleepy Eyes” isn’t quite as strong as the Nashville nuance of “Don’t Call Me Darlin’” and ends up in a forgettable zone without a big enough hook to sell it, leaving the rock thunder of “Trouble in Paradise” to end the album on a high wire balance act where riffs crash down from the sky at a moment’s notice.

Above the Sweet Tea Line is at its best and most explosive when it’s dishing out rock n’ roll like a dealer shuffles his deck. It would have been nice to hear a little more song variety, as the attempts at balladry are mostly awkward and go nowhere with “Don’t Call me Darlin’” being the one exception to the rule. Since rock is a much needed commodity in the current musical climate the album does just fine on that merit alone.