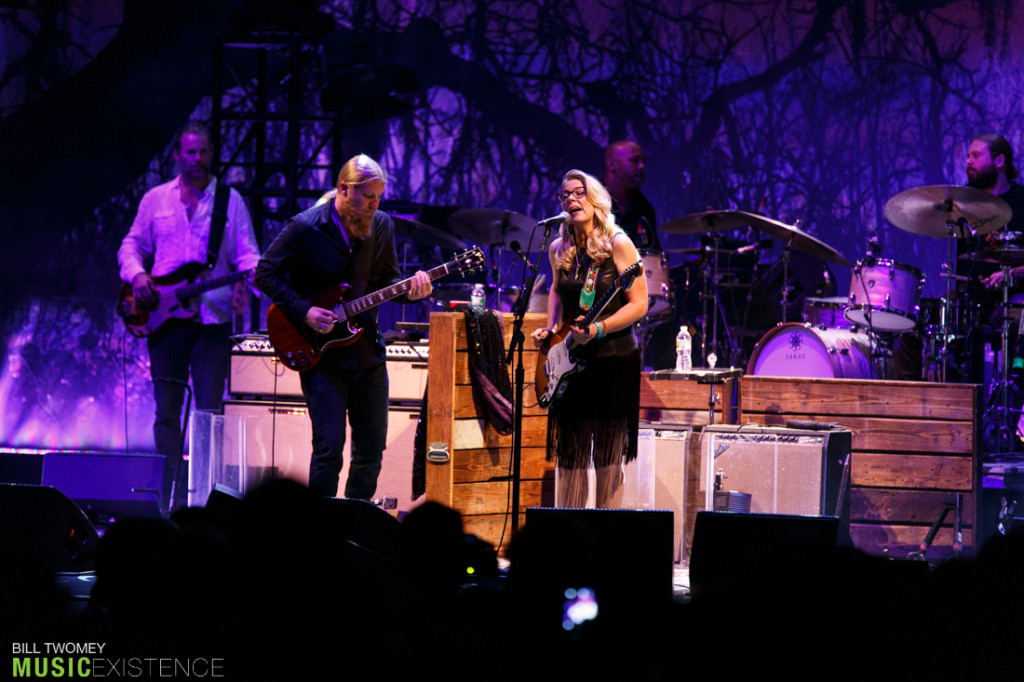 I had been looking forward to see Tedeschi Trucks Band at The Beacon for some time. Being a longtime fan of Derek Trucks’ astonishing guitar work and the amazing voice of Susan Tedeschi, I knew I was in for a real treat. For those of you who are not aware, they are one of the best 11 piece bands to ever exist. The reason why I was most excited was because of the legacy that they carry; you never know what to expect when going to see them live.

Just after nine o’clock, the show kicked off. I knew right away that my Saturday night was taking off for what would become one hell of a roller coaster ride and one of the coolest jam sessions New York City has ever seen. I became instantly hooked after hearing “The Letter”, “Darling Be Home Soon”, and “Sticks and Stones”.

Just several songs later into the set, Susan Tedeschi announced they had a special guest. Rosanne Cash came out on stage with John Leventhal. What was previously an 11 piece band transformed into a 13 piece band. Together they played “Heartache by the Numbers” and “Angel From Montgomery/Sugaree”. Rosanne, being the daughter of the late Johnny Cash, is an amazing talent. Derek Trucks and John Leventhal had an absolute blast on stage, trading guitar licks back and forth. It was an amazing display of musicianship that would make any guitar player drool. Opener Charles Bradley came back out on the stage for several numbers too. It’s moments like these that made the show for me. These one off collaborations seal the deal for an extraordinary show. Who knows the next time I’ll be able to see Charles Bradley with Tedeschi Trucks Band on the same stage!

In my opinion, Tedeschi Trucks Band is one of the most underrated bands out today. It’s not common that you’ll see a husband and wife on the road, leading a band and playing together in a band. But, Tedeschi Trucks Band nail it perfectly. There is not one night that you’ll hear the same setlist. In fact, they like to change things up as the show progresses, which is something you don’t see these days. Check out our gallery and the band’s tour dates below.

Resident Music and Photography addict from Northern, New Jersey.. USA. Got into both music and photography at a young age.. it's been history since!
@billtnj
Previous Valleys Announce “The Netflix & Chill Tour” With Revision, Revised
Next J.Crizzy Release “SuperNova” Music Video