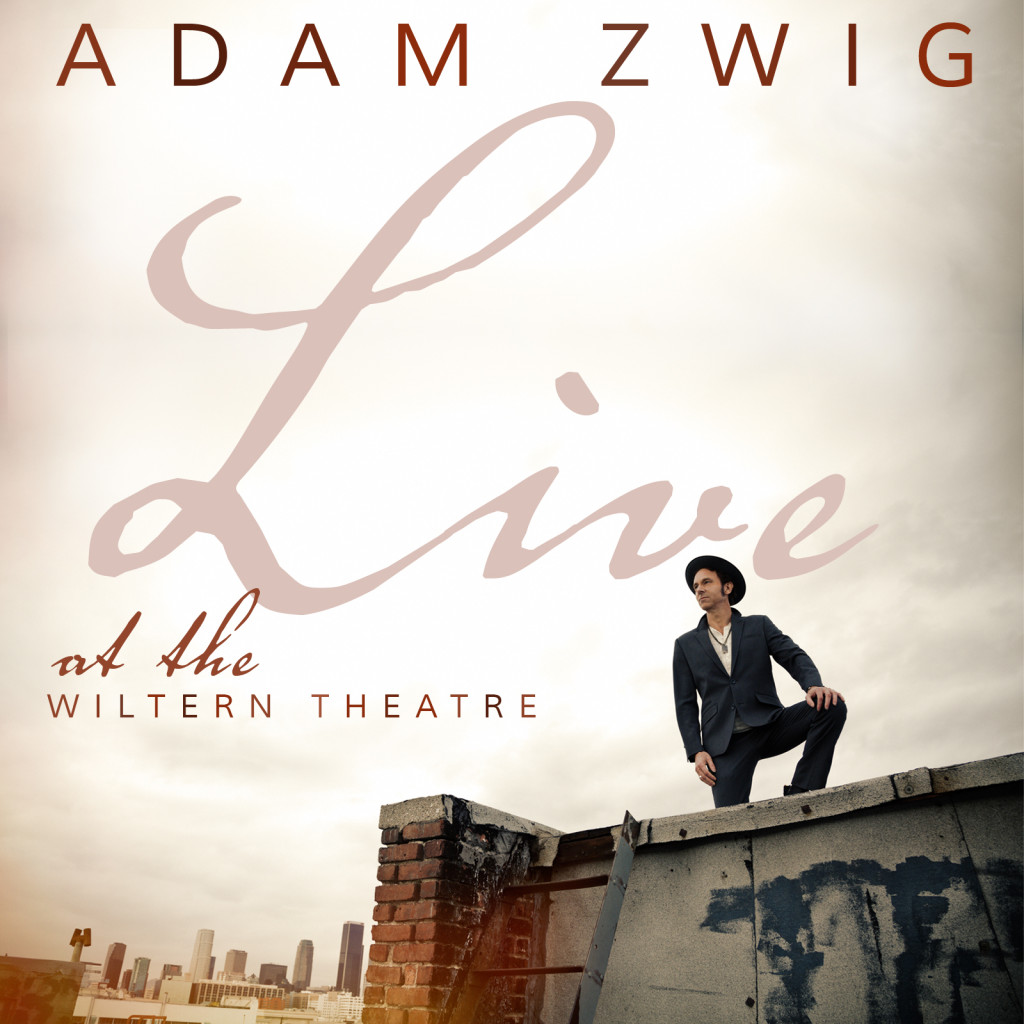 An Interview with Adam Zwig

Adam Zwig is a powerhouse of a singer-songwriter. With six studio albums to his name, he’s a reigning champion in the Adult Contemporary scene, and a connoisseur of the fine art of creating a melting pot of folk and classic rock with his music. His brand-new album, Live at the Wiltern Theater (due for release this fall), is raw and uncut, recorded in one take on one night only. It’s an impressive and ambitious venture, and yet Zwig has managed to pull it off with his own certain je nais se quoi; creating an atmosphere that consists of major involvement from the audience, and plenty of genuine jamming between him and his band.

Adam took some time to speak about Live at the Wiltern Theater, his feelings towards performing live and his love of spontaneity in terms of performance.

Was the fact that this live performance was uncut intimidating to you at all?

There was so much going on. We also filmed the show, so there were cameras everywhere and recording equipment, and there was just so much going on that I think we all just tried to zone it out and forget about it, because otherwise it would have been very distracting. So we just played, and we played like we always play. We just thought it would be best do it all in one night, instead of taking maybe ten shows and taking songs from each performance.

Was the objective of the uncut performance to give an accurate depiction of the energy you would like to convey while performing?

Exactly. There is some kind of continuity in what’s going on in that way; when I listen to certain live albums there’s a certain energy in the crowd and with the band, and the next song is taken from another night, and it conveys a whole different mood. And it doesn’t quite go together well. The idea was just to make it as real as possible.

So, do you enjoy interacting and including your audience whilst performing, so it’s more intimate?

Absolutely. It’s really like a spiritual gathering, like a tribal gathering. Coming together. We’re all part of this, as opposed to me standing up there and everybody just looking at me. The audience influences what happens with us onstage.

And you have a full band with you?

Do you think that performing with a band puts off a different vibe than it would with you just performing by yourself? Does it make you more comfortable to have backup?

I’ve played shows on my own, but that’s a whole different thing. That can be very intimate. But, there’s a higher energy with the band.

How was performing at the Wiltern for you?

Wonderful. Different rooms have different sounds, and the sound and acoustics in the Wiltern are great. The sound is warm. I also love the art deco design of the building.

Do you prefer the spontaneity of live performances more than the controlled environment when you’re recording in a studio?

They’re really totally different things. The thing I don’t like about recording in the studio is when you have to do the same thing over again twenty times. I like the feel of just standing on stage, playing songs, and it’s something that just comes out in that moment. The first couple takes you do in the studio are usually have a certain spirit to them, but by the time that the tenth take rolls around, the spirit and energy is kind of lost.

When you were performing at the Wiltern, did you do any live variations of your songs that you’re particularly fond of?

Totally. Mostly all of the songs were different. There was a lot of jamming. On one song I even rewrote the verses. Different words, different melody. It was like playing a different song. Some songs just don’t come off the same way live, so it’s necessary to change things up.

How do you find the experience of working with him?

Oh, it’s great. I like that he has all the old school technology and the newer stuff in the studio, so you get a little bit of both. And, he’s just a great guy.

You can keep up with news about Adam and listen to and purchase his music on his website.