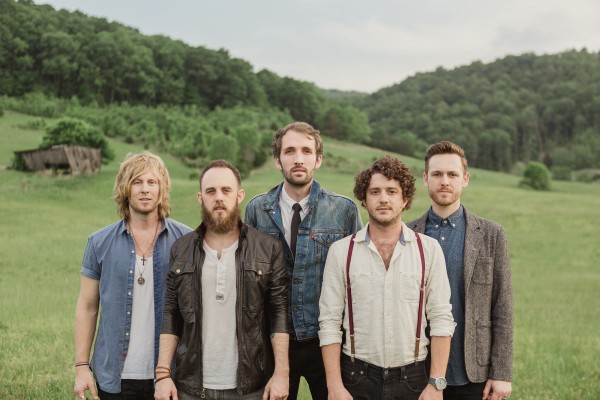 On Friday, January 22, 2016, Green River Ordinance will release its third studio album, Fifteen, an 11-track collection with simple message: hold fast to the things that are true. Since coming together 15 years ago as teenagers, the band — Josh Jenkins (lead vocals, acoustic guitar), Jamey Ice (guitars, banjo, mandolin), Joshua Wilkerson (guitars, vocals, mandolin, piano), Geoff Ice (bass, vocals, harmonica) and Denton Hunker (drums, percussion) — has been about the core value of “finding something more,” rather than simply selling records, and the idea of a deeper meaning has remained central focus ever since.

That honesty and closeness echoes throughout Fifteen with the rollicking “Red Fire Night,” the warm “Simple Life” ballad rich with pedal steel and twinkling piano, and “Life in the Wind,” a see-sawing acoustic sing-along celebrating a full and more satisfying life.

After walking away from a contract with EMI in 2011 to find its own voice, the band’s first experiment out of the gate validated their instincts: “Dancing Shoes” became a breakout hit for the group, landing in rotation on SiriusXM and selling upwards of 150,000 singles. For ‘Fifteen,’ the band continued making music its own way, writing the bulk of the record at the same cabin on Caney Fork River where it composed the 2013 EP ‘Chasing Down the Wind.’