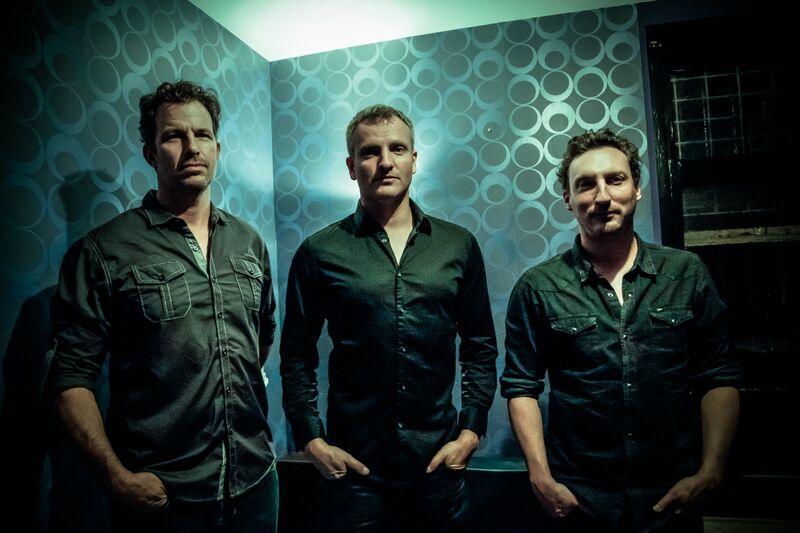 Fiction Plane to Release first US Album in over Eight Years

“I grew up around so much showbiz hype, hyperbolic flattery and toxic idolatry that I grew to detest any positive statement that contained a single drop of insincerity,” says Joe Sumner, vocalist/bassist for transcontinental band FICTION PLANE, and also, incidentally the son of Sting. Their atmospheric and lyrically optimistic fourth studio album Mondo Lumina is set for a November 13, 2015 release via Rhyme & Reason Records. “The title means ‘world of light’,” explains Sumner. “It’s about the ability to see the beauty in things, to see life in full color.” “It also reflects where we all are in our lives, as fathers and husbands,” adds drummer Pete Wilhoit. In addition, the band is currently routing dates around CMJ Music Marathon 2015 in New York City which includes the Rhyme & Reason Records Showcase at Pianos on October 13th.

The album was produced and engineered by renowned engineer Tom Syrowski(Bruce Springsteen, Pearl Jam, Incubus) at Henson Recording Studios(formerly The Charlie Chaplin Mansion) in Hollywood. These 12 tracks showcase some of the band’s most vibrant songcraft and masterful musicianship to date. From the accessible and up-tempo “Where Do We Go From Here” to the echoing “Walk Through The Fire” to the mellow and anthemic “Don’t Give Up The Fight” to the seductive “First Time”– Mondo Lumina glistens with confidence.

Yahoo! Music premiered the Joe Dirt-esque music video earlier today for their feel-good lead single “Where Do We Go From Here” which can be seen here: https://rising.yahoo.com/post/129287339693/see-it-first-stings-son-channels-dad-with-his. In addition, the track is now available for purchase and fans that pre-order the album will immediately receive a gratis download of the track. The pre-order can be found here: http://radi.al/MondoLuminaFP

Fiction Plane’s fourth studio album Mondo Lumina will be released on November 13, 2015. An East Coast and West Coast headline tour is in the pipeline for this Fall.