Home / Article / The Future of Rap

The Future of Rap

There are two types of music listeners–more specifically, hip hop listeners–that irk me: Old heads that refuse to give new music a chance and new heads who have no knowledge of music history.

With that being said, I really don’t want to be that guy who complains about what music has become and preach about it’s downward spiral…but all the praise being given to Drake and Future’s new mixtape/album has driven me to question what’s happening with the future (obvious pun intended) of rap.

Disclaimer: This is not an album review, because I could barely make it through “What A Time To Be Alive” once, let alone enough times to dissect it or review it. Listening to it mustered up a lot of emotions about today’s music and social media’s tainting of actual opinions.

There is a time and a place for everything. I get Future’s appeal for the club, and for many different occasions, but how anyone can listen to a whole album with that same flow, autotune, unintelligible and repetitive lyrics is beyond me.

I have a lot of time on my hands, so I went through some of the songs on “What A Time To Be Alive” and counted the number of total words, then the number of unique words.

“Jumpman” is a little better across the board with 222 of the 414 words being unique, though “Jumpman” is said 36 times. A real lyric in this song goes “Jumpman, Jumpman, Jumpman, them boys up to something, uh, uh, uh, think I need some Robatussin”….what does that mean? Nothing? That’s what I thought.

In “Diamonds Dancing” they say “diamond” an unnecessary 48 times. Ugh. That’s all.

I feel like a 75 year old man yelling at kids to turn down their music but wow, I am not exaggerating when I say that listening to this album made me want to never listen to music again. I’m all for a good, catchy single–if I’m being honest, I still listen to “Post to Be” on repeat almost a year after it’s release; But do we really have to dumb down music to a point where the hook is 90% of the song and the verses are either completely irrelevant, incomprehensible, or both?

Hip hop has the power to be both the most intelligent music and the most ignorant music. It’s versatility is what makes it what it is, so why limit the art to putting out an album of the same moderately-catchy trap beat on every song accompanied by mindless yelling you can barely classify as lyrics?

Kid Cudi tweeted amid all the Twitter hype for the album the perfect sentence to sum up the whole situation: “Some of you are so easily amused and impressed by mediocrity.” The demand for music is so high today with the digital era, which leads to artists like Future releasing 8 projects in two years, and people talking mindlessly saying artists who haven’t released something in maybe a year “fell off.”

Seeing a timeline full of people profusely praising a mixtape with lyrics at a third grade reading level over repetitive, exhausted production just because of the two names on the project or because everyone else acts accordingly is disappointing and honestly sort of frightening.

The funny thing is, everyone like me who disagrees with the internet’s consensus that Drake and Future are God’s rapper disciples are just dismissed as “haters.” The brainwashing of the music industry, diluting music into the easiest listening and least brain power possible, is nothing new and is becoming more and more apparent every day.

People have their own personal relationship with music, so if you truly think these 11 tracks changed your life, that’s great. Let me know if you still play more than 3 of those songs two weeks from now.

Tags Drake Future What A Time To Be Alive 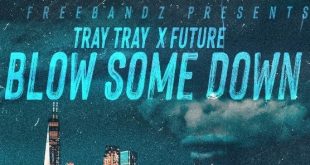 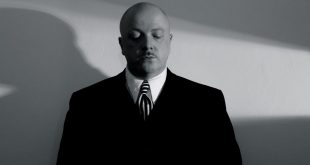