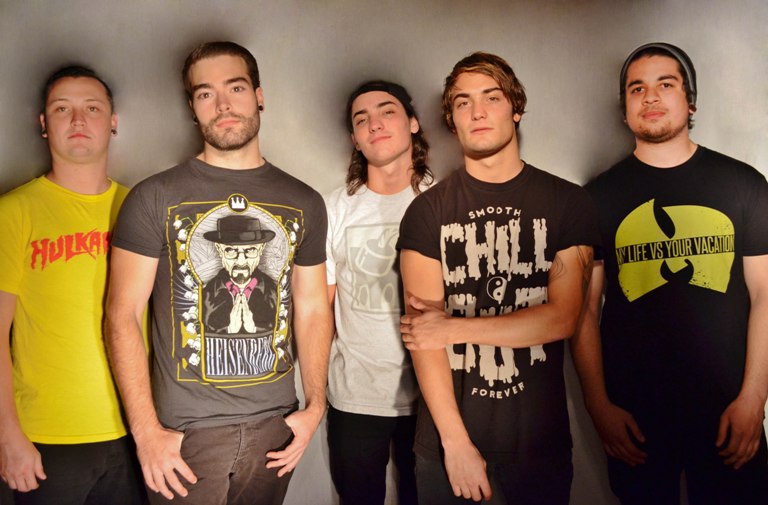 For Craig, Ryan and Brad (Sulken):What is it like to be in a band with your brothers?

2.What was growing up in Cincinnati like? Did it have an effect on your music?

Growing up in Cincy we were always out and about doing fun stuff having adventures as kids. Lots of bands from Cincy inspired us when we were younger in middle and high school that influences our drive to play music

3. How did Andy Richter and Drew Thomason become part of Boymeetsworld?

Life in general and just doing the best you can do

On Become Someone our songs are more mature musically but still keeping that same sound we’ve been shooting for since the get go.

6. All musicians have a different songwriting process. What is yours typically like and has it changed over the years?

Sometimes it starts with a melody or guitar part so it always varies. Always writing in my head, can’t get away from it.

7. Is there one song that you as a band are collectively most proud of?

“Feel it in the Air”

8. What was the Vans Warped Tour 2015 like? I read that you ironically had some van trouble?

It was a lot of fun, the shows were awesome, way better than expected with people knowing our songs all over the country. Other than the shows it was very frustrating and hard to deal with the van breaking down every four days.

9. What was the biggest lesson you learned while on the road?

Really put yourself out there if you want people to care about you. Always walk lines to promote your set times, music, etc. Just because you’re playing Warped doesn’t mean you’ll be playing in front of 1,000 people everyday

10. This fall you will be touring with 7 Minutes in Heaven. What are you looking forward to the most?

Meeting new faces and playing in front of them!”

11. Is there any message you’d like to pass along to your fans?

Be positive and happy.

John McDonough is a singer/songwriter from Austin, Texas whose shows span five decades of hits …