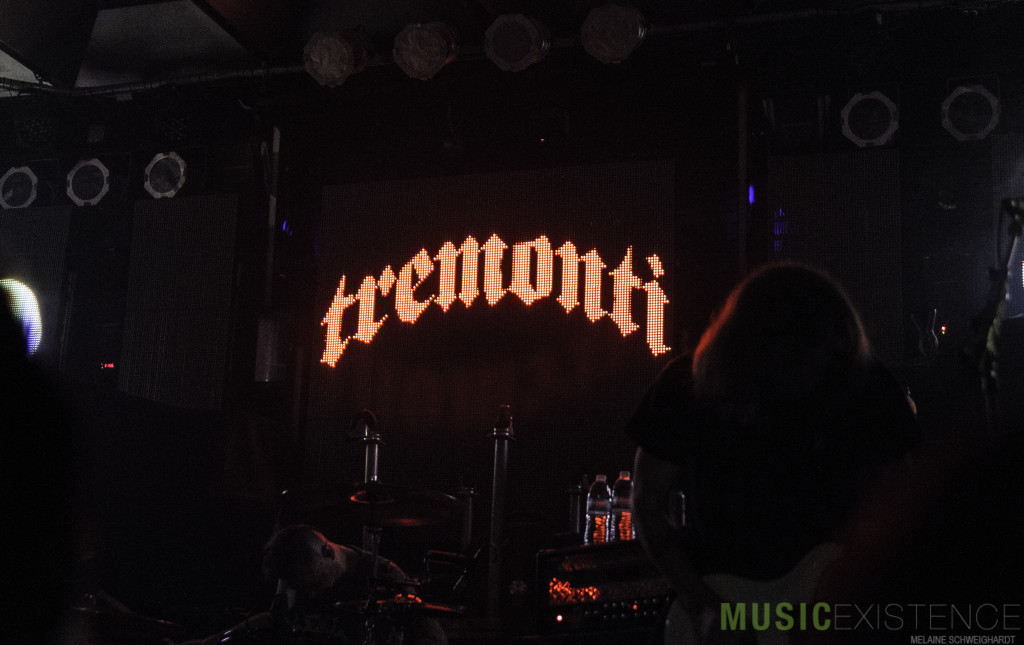 The Culture Room is a great venue that’s large enough to hold a decent sized crowd but intimate enough where you feel like you’re part of the show. Wilson opened the concert with a mix of heavy riffs and old school rock that’s entertaining and fresh. This five piece band hails from Detroit Michigan. They have made a name for themselves playing multiple tours and several festivals. I found them to be loud and fun. You just can’t keep your eyes off of them. Pick up their album “A Right to Rise”.

Tremonti followed with their unique hard rock that’s melodic and biting. The group originally stems from Orlando, Florida and made the Culture Room their first stop on their tour. The band opened with  the title track from their new album, “Cauterize” and the fans went crazy. This album launched on June 7th, the fans already knew the songs and sang along with Mark. They debuted Tie the Noose, Dark Trip, and Providence from their sophomore album.

They were amazing. Watching them play off each other was just fun and entertaining. Though Wolfgang Van Halen was touring with his other band, you would never know that this line up wasn’t playing together forever. They have a lot of fun working together and it shows. They played song after song, hit after hit, with the crowd singing along loud and proud. They ended their set with Wish You Well. It was an intense performance of a good ole hard rock. Get out and pick up their new album!

Last up was Trivium, who also hails from Orlando. They opened with Silence in the Snow, which also the name of their new album that drops in October. With drums on risers and two floating demon-like heads whose eyes glowed over the cheering crowd, they had an awesome presence and a crazy set. Trivium premiered, Until the World Goes Cold, which was great to see live. Trivium always blows me away, they are a great band to see live. Playing hard and fast, start to finish, it’s no wonder why they’re a crowd local favorite. Look for their new album “Silence in the Snow” on October 2nd. Don’t miss this tour. It’s a fantastic show.

Metal!!! I am never without a camera, I am never without music, I can not live without coffee... I cook, I manage a band (shameless plug Modern Day Outlaw), I shoot people with my camera, and I drink tequila and whiskey... That's me in a nutshell! Follow me on Facebook, Twitter, and Instagram.
@@Melly1172
Previous German Trashers DEW-SCENTED unleash new music video + Tour
Next Tremonti – 2015 HardDrive Live Tour – with Trivium and Wilson – The Culture Room, Ft. Lauderdale, FL – 9/9/15 – Gallery