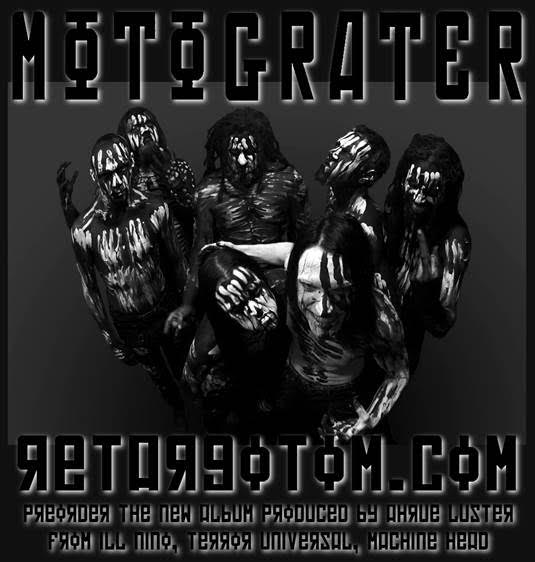 California heavy rock veterans MOTOGRATER have announced the recording of their currently untitled and long-awaited sophomore album, tentatively slated for production in January of 2016. Ahrue Luster of Ill Nino, Terror Universal, and Machine Head will be overseeing production and handling all engineering duties.

“As a producer, I plan to help them make the best record of their careers, something they’ll be proud of for the rest of their lives, and something that will bring them to the next level,” states Luster.

Guitarist Matthew “Nuke” Nunes states, “We are all really fucking proud of this new material… proud and grateful for the opportunity to finally see the second official Motograter record come to light.”

MOTOGRATER have announced a $10,000 crowdfunding campaign through GoFundMe.com, as part of anonline pre-order, which can be found here: www.gofundme.com/motograter

The band has released a video along with the campaign here:

MOTOGRATER recently released a new demo song entitled, “Portrait of Decay”, and have also released a music video for the song via Revolver Magazine. View the premiere here: http://www.revolvermag.com/news/motograter-premiere.html