Home / Interview / An Interview with Foreign Beggars about City Hack 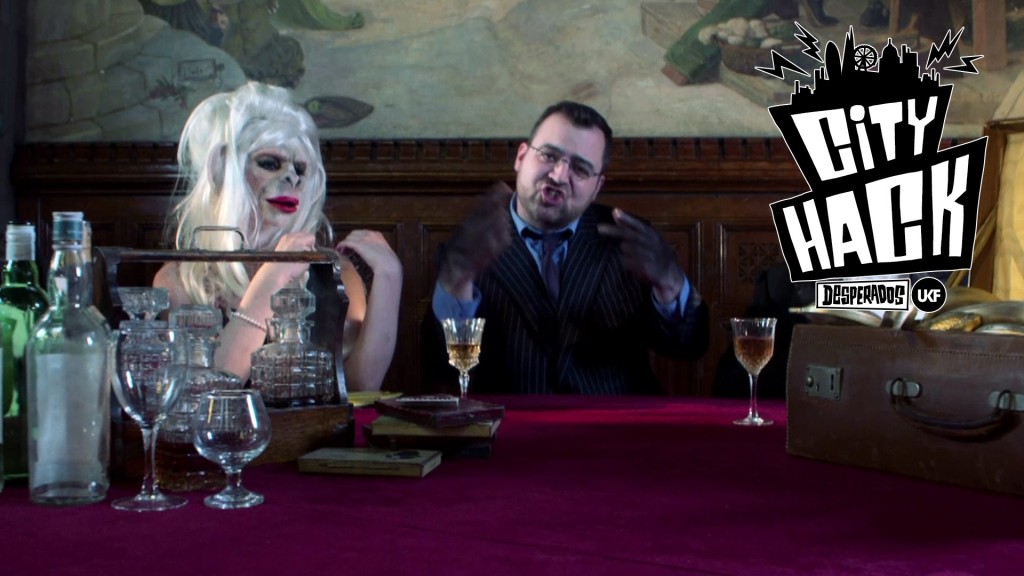 An Interview with Foreign Beggars about City Hack

The City Hack campaign, sponsored by Desperados and in conjunction with dance/urban big hitter UKF, has this summer been looking for the brightest creative talents at putting on and running events in the UK.  With three finalist teams (each made up of a DJ, a promoter, a graphic designer, and a visual artist) from three different cities selected –  Bristol (Shifted Spaces), London (The Big Smoke) Manchester (Rain City Movement) – they’ve spent this summer battling in a series of events; from creating music videos, to setting up press stunts and putting on huge parties in their home towns.

We had a chance to talk to Pav about his involvement in the campaign:

1 – Can you give us a little introduction about what City Hack is and how you became involved?

City Hack is a program created to bring aspiring young talent from a variety of disciplines in the creative and entertainment fields together to produce a series of events including music showcases and Videos in their home cities.

2 – There are three finalists: Shifted Spaces (Bristol), The Big Smoke (London) and Rain City Movement (Manchester). Can you let us know a little more about the people that make up the teams?

Each team has a DJ, a promoter, a graphic designer and a visual artist. Within that there is a lot of variation – one of our DJs is an Ibiza Rocks resident, another is one third of a bass music trio. We’ve got video directors, illustrators, photographers, graffiti artists and laser specialists! During the competition we’ve found loads of the team members are multi-talented, with animators who can do projection mapping and promoters who are also DJs and label bosses. One of the most impressive things has been seeing all the team members switch it up for each challenge, even out of their comfort zones – creating a music video one minute, then putting on parties the next.

3 – City Hack is offering these teams, and the individuals in the teams, a fantastic creative platform on which to show off what they can do.  If City Hack had existed before Foreign Beggars took off would you have been up for getting involved in the campaign as a member of one of the teams?

Most certainly. The opportunity to work alongside industry professionals and have the resources and guidance to put these kinds of events on would have been a dream come true.

4 – And away from City Hack, what advice would you have for young artists looking to follow you and Foreign Beggars in establishing themselves in the music industry.  What are the most important things you think new artists need to do these days?

Self belief, ask questions, make use of opportunities that present themselves and speak to people when you are in their presence. Understanding and respect your art form and making sure you are researched.  Its not enough just to be an artist these days; you need to be versed on social media, application & etiquette, and learn about the music business.  Humility will go a long way however one must also gain confidence through knowledge and experience.

We have several releases up and coming on our label Par – Excellence including Kid Kanevil, Ocean Wisdom, Chimpo, Dj Nonames, ft Marger & D.Ablo and many more. We will be embarking on Asian and Australasian tours toward the end of the year among several showcases in Europe. We have some releases in the pipeline however aren’t at liberty to discuss just yet. Watch this space.