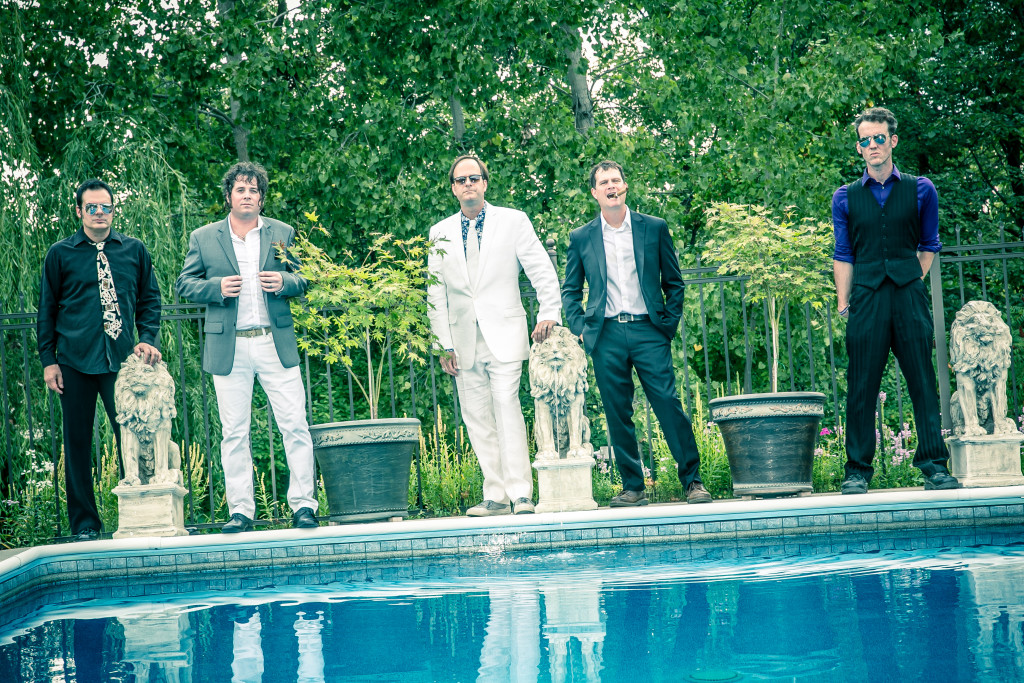 As plants become dormant and animals begin to migrate and hibernate, there’s one more thing that you can expect this autumn – a new album from Detroit rockers ELECTRIC SIX. Bitch, Don’t Let Me Die! is set for an October 2, 2015 release via Metropolis Records. The boys will be hitting the road on their I Wanna Lick The Screen headline tour later this month (dates below).

The album is steeped in themes of mortality, death, discorporation and discoloration… all while it tries to convince you it is actually a work of art, a labour of love. From the pounding, driving opener, “Drone Strikes” to the 1970s guitar anthem “Two Dollar Two”, Bitch, Don’t Let Me Die! reveals that Electric Six knows that it is going to die, but will not go out quietly. From there, the album moves through the pop goodness of “Kids Are Evil” and “A Variation of Elaine”, the prog-rock showmanship of “Slow Motion Man”, and even a tribute to Elvis Presley in his more rotund years with “Dime Dime Penny Dime”.

Electric Six will be kicking off I Wanna Lick The Screen tour on September 26th in Lansing, MI. The tour will pass through the Midwest, Southeastern, and Northeastern regions of the United States concluding at High Noon Saloon in Madison, WI on October 17th. In addition, the band will be performing at Saint Andrews Hall in their hometown of Detroit on New Year’s Eve. Mortality is everywhere, and this fall, thanks to their new record Bitch, Don’t Lie To Me!, Electric Six will be everywhere too.

Electric Six had mainstream success out of the gate with the release of their debut album Fire, which includes their smash singles “Danger! High Voltage” and “Gay Bar”. The album peaked at #5 on the U.S. Dance chart and would later reach gold certification in the UK. The band went on to release ten more albums, a live DVD that was funded via Kickstarter, and continues to tour both nationally and globally. Their eleventh studio album Bitch, Don’t Let Me Die! will be released on October 2, 2015 via Metropolis Records.