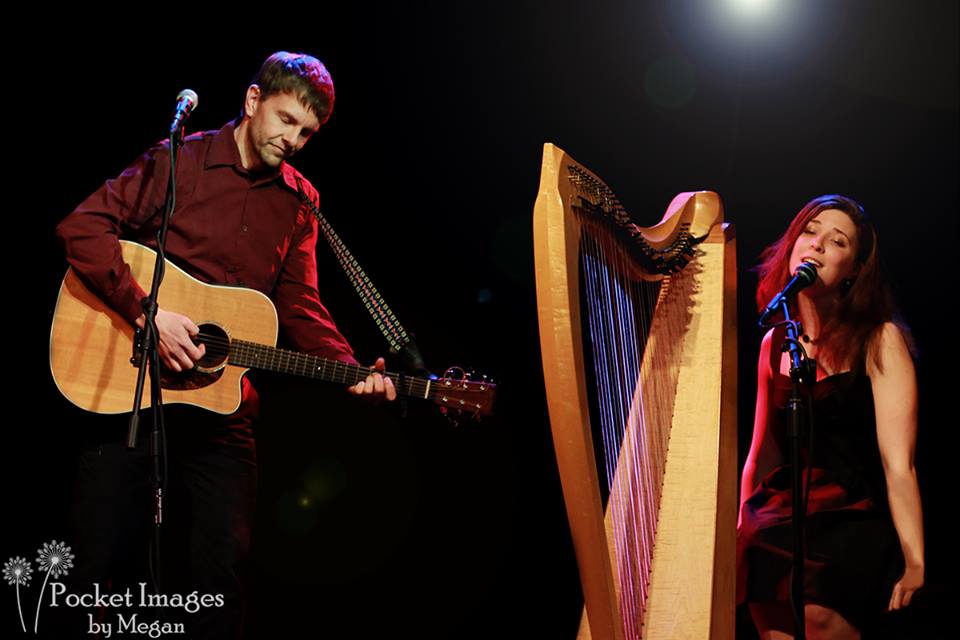 March To May’s Darren Guyaz (guitar, vocals, keyboard) and Beth Wesche (Celtic harp, vocals) first met in December 2012.  By March 2013, the folk/indie/Americana duo had co-written their first two songs, by April they had a paid gig under their belts, and by May they had a name and shows booked out into the months ahead. Before settling in Seattle, Washington, where the act is now based, both Darren and Beth had traversed the Western Hemisphere separately. Darren migrated from the northern Appalachians to his birth-state of Montana, before heading on a South American adventure across the Andes mountain range, eventually falling in love with Seattle and the Pacific Northwest. The daughter of a US Foreign Service Officer, Beth also spent time in the Andes, as well as a host of US states on both coasts, before moving to Seattle, just blocks from where her beloved Celtic harp had been created, years before. The duo has drawn comparisons to acts like The Civil Wars, Damien Rice, the Swell Season, The Banner Days, and Robert Plant and Alison Krauss. March to May is a Josie Show Awards nominee and an Akademia Awards Winner. The Water’s Edge is the debut release from March To May, out April 25th, 2015. It features the #1 Yallwire video single, “Embers.” For more information, visit www.marchtomay.com.

Tags March to May

Stephen Vicino is the founder of MusicExistence.com. He created this site to give talented musicians a voice and a way to be discovered.
@@svicino
Previous Album Review: Bring Me The Horizon – That’s The Spirit
Next Gabriel and the Apocalypse Premiers “Beauty Under Glass”