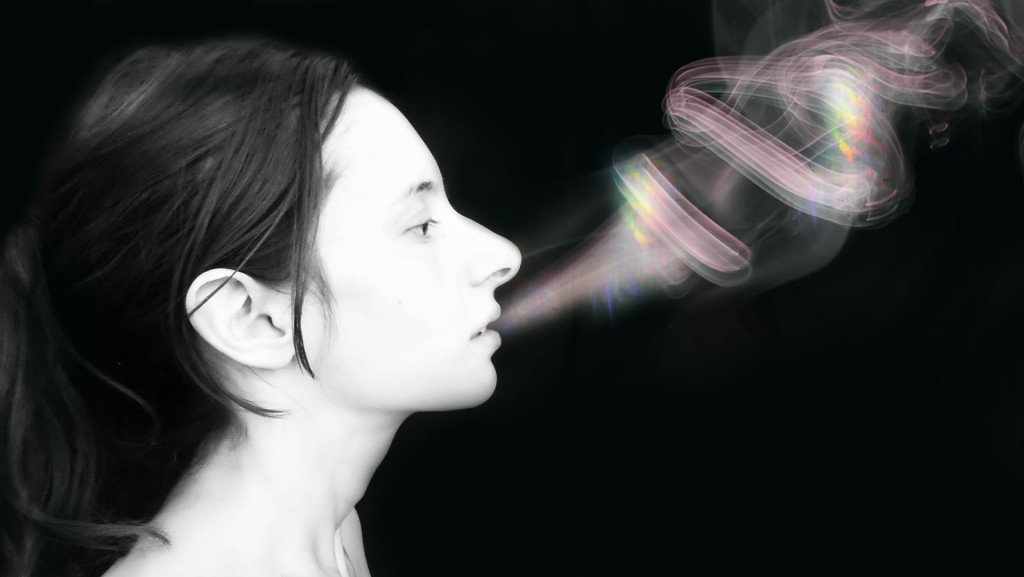 OH. is an indie singer/songwriter, composer and multi-instrumentalist from Greece.

OH.’s debut EP Sleeping World was independently released in February 2013 – with the title track “Trials”, “a song for a lost generation”. The lyrics and music express the distress, and futility that resonated within her and her “lost” generations total awareness of the futility of quick fixes (short-term jobs with no future in a crisis laden Greece) and false idols (media’s portrayal of success and pop culture) in contrast to Greece’s lack of opportunity and brain drain during the economic crisis.

The song and video won an international video contest, the album entered into Prog Archives into the Crossover Prog category and was considered one of the top 50 influential events that marked Greece in 2013 in the Greek press because of its relevance to the austerity crisis.

After her debut release, reviewers compared the timbre of her voice to Sharon Den Adel and Anneke Van Giesbergen, others to Happy Rhodes and a cross between Kate bush and Tori Amos. For the most part, they all emphasized her unique style, as one said, “she defies analysis somewhat as Queensryche” with distinctive sound of her own.

Her second album, Synemotion, is a metal/rock concept album that journeys through the complex emotional states we experience when overwhelmed by concerns and fears. It features the title song, Synemotion, an epic spoken word piece.

It was released as a Double 12″ Gatefold vinyl album and as a digital album on April 24, 2015. Two tracks from the album, “Run Away” and the title track, “Synemotion” were released as digital singles on February 20th, 2015 and video clips accompany their release: Run Away and Synemotion on YouTube.

The limited edition (300 copies) vinyl sold 150 copies and multiple digital downloads in the first week and continues to receive rave reviews in the progressive rock and metal genres.

OH. released a new ballad “Love Will Heal” along with a lyric video and sheet music in August 2015. “Love Will Heal” is a love song to Self. Its essence though is a reminder that we all “know what love is” and it isn’t a matter of having faith, but knowing it within oneself first and then experiencing it with others. The inspiring story behind the lyrics are in the post, The Story of an Angel and the Ballad “Love Will Heal” http://olitunes.com/the-story-of-an-angel-and-the-ballad-love-will-heal-oh/ on the artists website.

OH. composes, performs and produces her music, plays the guitar (electric and acoustic), bass, drums, violin, piano and percussion. She is also an accomplished sound engineer and mixes and masters her work. She lives between New York, NY and Athens, Greece.

Stephen Vicino is the founder of MusicExistence.com. He created this site to give talented musicians a voice and a way to be discovered.
@@svicino
Previous Checkout Warprize’ Nostalgic new single “last night”
Next “HER” gives you something to remember