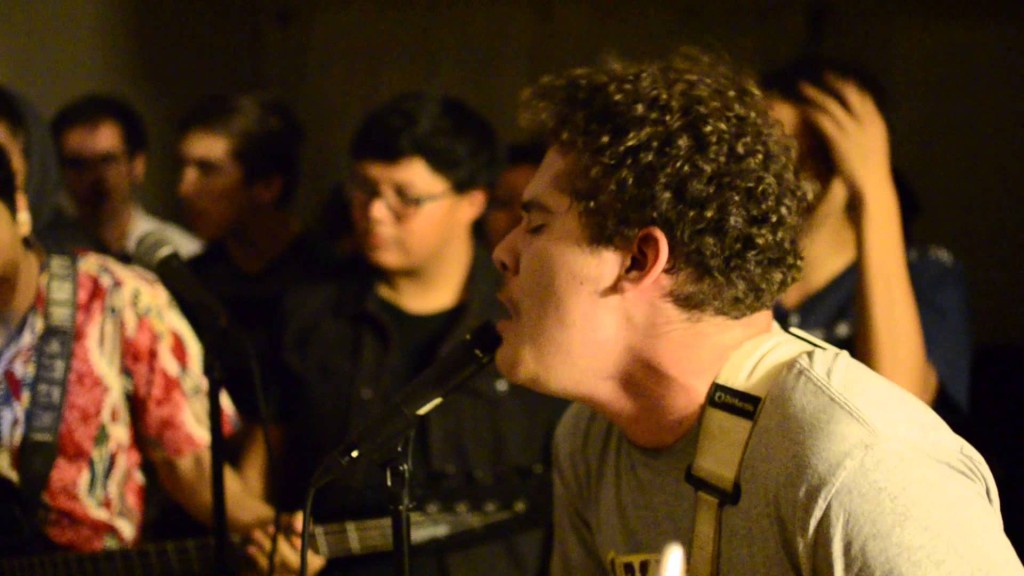 Las Vegas music tends to lean on the glitzy kind. The music of Frank Sinatra, Elvis Presley, and many other legends of the 70s and 80s, made Sin City the premier entertainment city of the world, as we know it.

People can still see those kids of shows. In fact, to honor Sinatra’s contributions in music and celebrate his 100th birthday this year, there’s a concert called “Frank: The Man, The Music,” which will go on until the end of September this year. About 70% of concerts and residencies in Las Vegas are about mainstream music but times are changing. The Liberace Museum – an establishment as flashy as the man whom the building was named after – was a Vegas institution that shut down. Some residents in Las Vegas also cancelled their concerts this year for lack of ticket purchases. People seem to be uninterested in the old anymore and want something new and fresh. Most notably this seems to come in the form of the best new indie bands currently plying their trade on the circuit.

The Joint at the Hard Rock Hotel is has been a vital part of the music scene in Las Vegas, and has become a place for fledgling bands to learn their craft. The Joint features a healthy mix of mainstream bands but also showcases a lot of rock and alternative acts.

There’s also The House of Blues, which offers solace for indie bands and fans. Like The Joint, it is neutral ground for mainstream and indie music, bringing the best of both worlds to music fanatics in the heart of Las Vegas’ music scene.

East Fremont Street isn’t exactly known for its bright neon signs and 5-star hotels. In fact, it’s like a completely different animal from what the typical Las Vegas experience offers. Fremont Street is home to everything alternative, which includes music joints that become home to most exciting young bands in Vegas.

East Fremont houses the Double Down Saloon – an institution that became training grounds to some of the most popular Indie bands today such as The Briefs, Riverboat Gamblers, and The Black Diamond Riders.

There’s also the Beauty Bar, which has showcased the likes of The Hold Steady and the Walkmen. It also helped break Green Day and Imagine Dragons back in the day. It allows new DJs with to perform, luring in a different crowd ever Friday night.

Las Vegas is quickly becoming a hub for indie fans. While it is still overwhelmed with mainstream influences, which isn’t particularly bad, the city seems to be integrating more options for music. This is predominantly because Vegas, on a whole, is looking at alternative ways to drive tourism back to the once-dominant entertainment city. With the dawn of online gaming providers, Las Vegas’ revenues have been hit quite hard. Betfair, an international gaming hub that provides a variety of pop culture influenced casino card games, is seeing profits soar of late much like many of the other reputable online portals, today. With gaming conferences, magic shows, musical concerts, however, Las Vegas is striking back and offer things that its online counterparts cannot to offset the losses incurred by these convenient online gaming portals.

To find out more about Las Vegas’ indie scene, check out Indie Krush – a collective of underground and independent musicians, bands, DJs, and party-goers, who are always at the forefront of the underground arts movement in the city.

Stephen Vicino is the founder of MusicExistence.com. He created this site to give talented musicians a voice and a way to be discovered.
@@svicino
Previous Losing September Release “American Hero” Music Video & Prepare For Upcoming Tour
Next GWAR LIVE @ WOOLYS – DES MOINES, IA