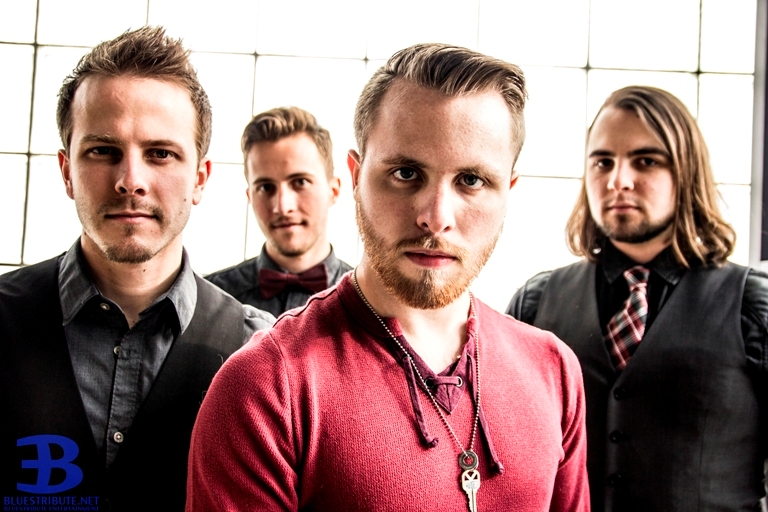 The members of Denver based hard rock band Vermillion Road, according to their biography, aim to “spread positive energy and self-empowerment to all their listeners,” and there is no mistaking their intentions throughout their album Palaces.

The first track “Tread on Me” literally begins with lead singer Will Robison encouraging listeners to stand their ground. The tune is punchy and energetic right from the first note. It is a blast of rock enthusiasm matched with forceful vocals. There is full on wailing before delving into a rock/pop grungy, but catchy, chorus. “Revival” continues the overall positive attitude of the album. It starts off with a countdown which leads into a slower, minor tuned, track and boasts powerful lyrics such as “Wake up, don’t back down /There’s still time to turn it all around.” From production to instrumentation to vocals, everything is done in a grand epic fashion which keeps the flow the L.P smooth and consistent. Perhaps the greatest lesson of self worth and the importance of letting go is delivered on the title track. It tells the story of a man who is at a crossroads in his life, ready to give in to the darkness he feels inside but unsure how to untangle himself from a toxic relationship. Crying and pleading, Robison vocally matches the heavy note for note instrumentation which displays the complex nature of the song. And while it is morose, it is at the same time extremely uplifting, as Robison triumphantly sings “I’ll walk my way,” which might as well be the motto of the entire album.

The songs which carry the most grit like “These Lies” and “All the Same” fall to the wayside in a sea of superior tracks, lost in the shuffle, but they are still very much an important piece of Palaces. In fact they touch upon two of the L.P’s other common themes: that life can be dull and agonizing, every day routinely the same, and how to remove oneself from an unhealthy relationship.

Towards the end of the album is where Vermillion Road unapologetically puts the spotlight prominently on themselves. “NHB” or (No Holds Barred) comes barreling out with brazen vocals and the most profound, intricate, and insightful lyrics such as:

“Dear self-worth, why aren’t you there This mountain of guilt is too much to bear And dear forgiveness, please come home I’ve spent forever rotting alone”

The song showcases the raw nature of life and relationships in a way that feels new on an album that has already dealt with these topics, but never with such depth or honesty. “Make My Day” wins the title for most infectious song with a roar of a chorus that is anthem worthy and can be imagined played live and loud to an arena full of screaming fans, chanting back the chorus to the band. The complexity of the melody is also refreshing and helps to make the track standout. But the real show stopper is “Reach for Me” which closes the album with a piano and strings backdrop and a master class vocal performance by Robison. The only true ballad on Palaces, “Reach for Me” exudes vulnerability that one can’t help but be compelled by. The shift in the balance of power depicted in the lyrics is a thing of beauty and the perfect way to end the musical journey one takes while listening to the L.P.

Though considered hard rock, Vermillion Road manages to highlight the positive of ones self while navigating the rocky path life can lead one down.

retro music enthusiast. Dreamer. Kind of odd. Writer
@twitter.com/for_no_one1014
Previous Live on The Green in Nashville, TN 8/27/15
Next A Will Away Sign to Triple Crown Records + US Tour Dates