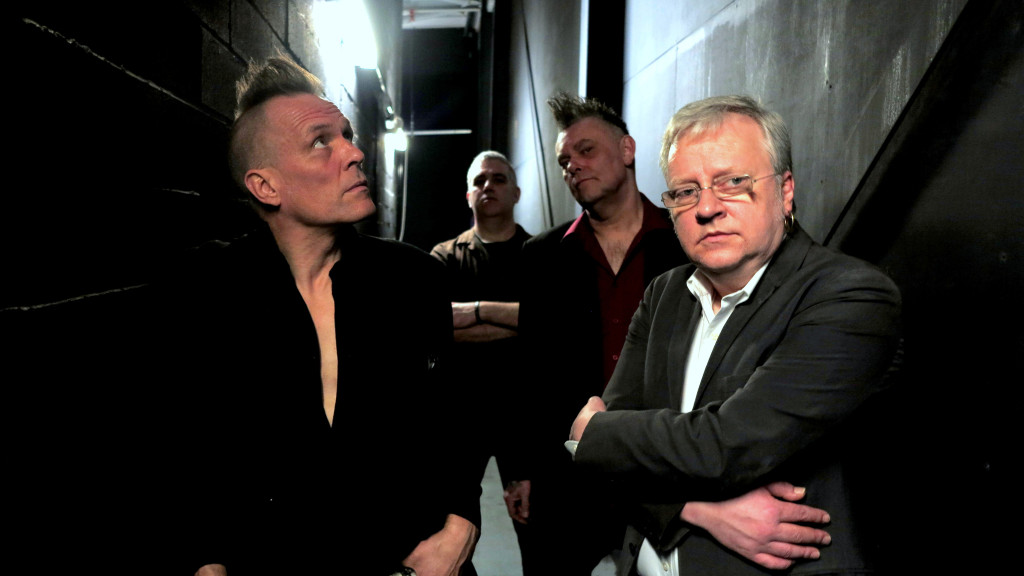 Membranes Announce First US Tour Since 1988

Legendary UK punks the MEMBRANES are gearing up to invade the U.S. this fall for the first time since 1988. Their first tour since Afghan Whigs and White Zombie opened for them, the 22-date national headline tour will kickoff at Lee’s Place in Toronto on October 14th, bounce around the Northeast, head South, make a beeline for the West Coast, then boomerang back to the Midwest to conclude at Chicago’s The Burlington. In addition, frontman John Robb will be doing readings of his book Punk Rock: An Oral History at select venues along the way.

This stretch of dates is in support of their critically-hailed concept album Dark Matter/Dark Energy, which was released on July 10, 2015 via Metropolis Records – their first studio album since 1989’s To Slay The Rock Pig. NME called Dark Matter/Dark Energy “An extraordinary comeback.” The Quietus declared, “…it’s much better than the vast majority of post punk, underground, noise rock albums I’ve heard this year.”Drowned In Sound vowed, “something quite special.” Q Magazine affirmed, “Re-formed noise post-punkers continue where they left off.” Gigslutz professed, “An eclectic brew of styles comprise this outstanding return from the band.” AllMusic added, “…both musically and philosophically, this is still the aural equivalent of a mugger hitting you in the face with a length of pipe, confrontational and unashamed.” The Vinyl District proclaimed, “The Membranes’ return to making music should be a cause for celebration for anyone interested in catchy but challenging post-punk and industrial noise.”

The band has a few things in the pipeline for the remainder of 2015. They’ll be making a film about the album called Dark Matter/Dark Energy. “The film is an exploration of the album’s themes,” explains Robb. I’ll be speaking to top scientists at CERN along with other key thinkers about the universe, life and death – it’s a quest to get the meaning of everything through the eyes and ears of a critically-acclaimed album.” Also, they’ll be playing one of their special Universe Explained gigs in Estonia with a 20-piece all-women Estonian choir at the end of September to be filmed for a BBC documentary. Additionally, Robb will be conducting a conversation with a top scientist at CERN at the event. In addition, the band will be doing another Universe Explained concert in Manchester.

Formed in Blackpool, England in 1977, the band was the first band ever signed to the legendary label Creation Records but due to a recording budget that famed label owner Alan McGee could not afford, the band released what would have been Creation’s debut first 7″ “Spike Milligan’s Tape Recorder” on Criminal Damage which posited them on ‘Single of the Week’ in all four of UK’s major music publications, kicking their career off to a storied career. Reuniting in 2009 at the request of My Bloody Valentine, the band reignited their creative spark and released their first studio release since 1989’s To Slay The Rock Pig. With the release of Dark Matter/Dark Energy, Membranes are energized to return to the forefront.