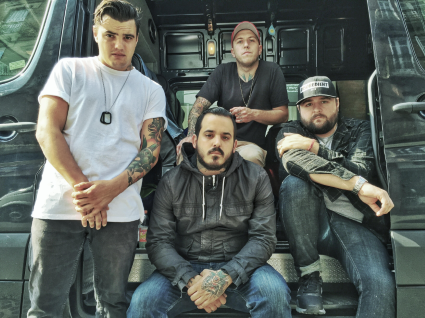 Subliminal Criminals by Stray From the Path is the newest release from the quartet out of Long Island, New York. The band is made up of Drew York on vocals, Dan Bourke on drums, Anthony Altamura on bass and vocals, and Tom Williams on guitar as well as vocals. This album also featured guest vocal appearances by Sam Carter from Architects’, Rou Reynolds of Enter Shikari, and Cody B. Ware.

The recently-released album contains eleven tracks in total and each song has a clear and direct message to their audience. Reminiscent of bands like Rage Against the Machine and Rise Against, Subliminal Criminals wants the listener to question the cost of commodity, health care, authority, luxury, and complacency.

The pace at which “Outbreak” plays is entertaining from beginning to end. Questioning how the health care system has been put into place to experiment on people for profit. Bourke on drums and Altamura on bass have a brief interchange towards the middle which pleasantly alters the rhythm unexpectedly.  Finishing off this song with the heavy guitar brings a flashback memory to Rage Against the Machine’s  “Bulls on Parade”.

“Which side are you walking on?” is a frequent lyric heard in “Badge and a Bullet Pt. II”. The entire song is a question of authority figures and the legal system.  The track is an anthem to the turbulent times American society is facing with its mutual distrust of  civilians and police alike.

Right from the get-go “Shots Fired” is fast-paced, loud, and exciting. Throughout the entire length of the song the band experiments with its musical composition. The result is enjoyable from beginning to end. Focusing on drums for the intro, the rest of the instruments are blended together with screaming vocals that paint a picture of panic and disorder. Exactly what you would feel if you were to hear those two words screamed in your immediate vicinity.

Controversial? Yes. Without any reserves? Yes. Straight to the point? Yes. “D.I.E.P.I.G.” is the album’s seventh song and it was very obviously written in regards to the accusations artist Jake Mcelfresh better known as Front Porch Step is currently facing. Stray From the Path are putting into the spotlight the allegations against Mcelfresh in regards to his involvement in having sexually explicit conversations with underage teenage females.

This band is unafraid to say what is on their mind. Uncensored and aware of the issues affecting everyone from multiple walks of life, Stray From the Path are a breath of fresh air in a watered-down world of political correctness.

Concert lover, music fanatic. If it sounds good to me, the rest doesn't matter.
@njaziaddict
Previous Gallery: Saving Abel at Starland Ballroom in Sayreville, NJ 08.28.15
Next Gallery: Fea at the Firebird in St. Louis, MO on 8.27.15 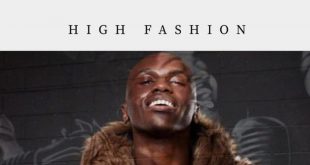 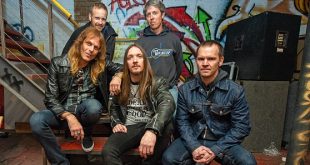