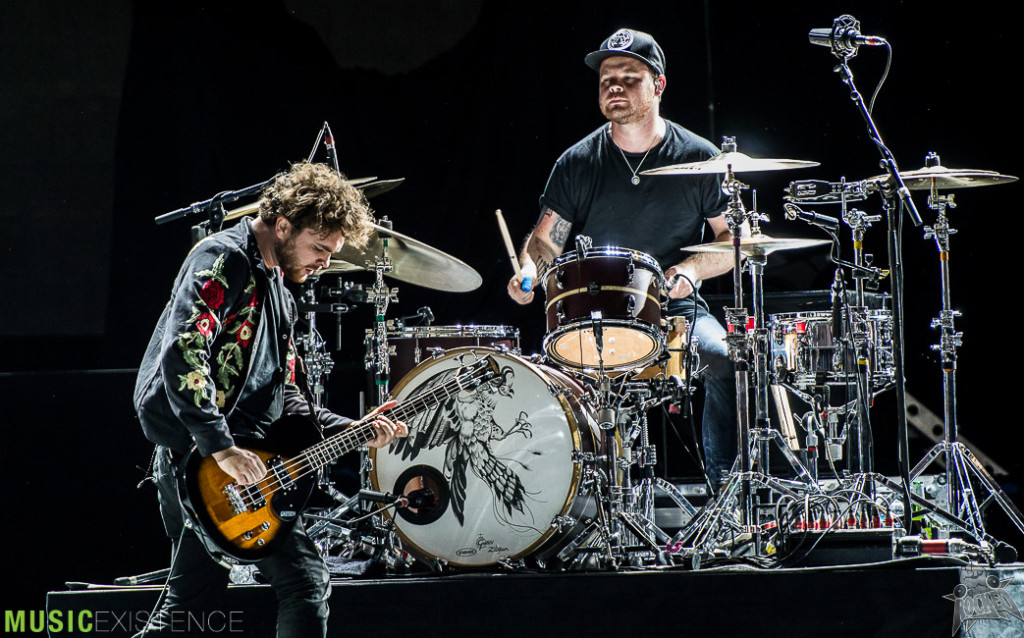 Royal Blood opened for the Foo Fighters on the Break-A-Leg tour (get it?).  The crowd was MASSIVE and people waited in the rain and sat in the mud while watching Royal Blood play at Hollywood Casino Amphitheater.  They won over many fans with their performance as most people were blown away at the seamless talent they showed while transitioning between songs and they even treated the crowd with a few new ones.

I am an album reviewer, band interviewer, concert photographer. At least once a week I review a new album in the rock genre the week it comes out (anything from alternative to metal). Check out my site at www.rockedreviews.net and my twitter feed @rockedreviews"
@http://www.twitter.com/rockedreviews
Previous Gallery: Lord Huron at Live on the Green 8/20/15 Nashville, TN
Next Album Review: Ben Lorentzen – America