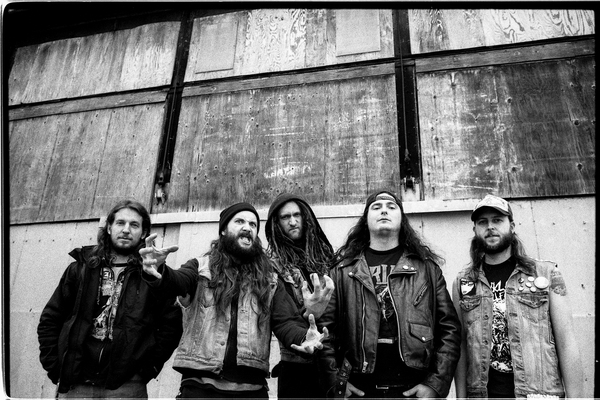 Today, metal punks RAMMING SPEED — who just completed a series of European shows alongside the likes of Toxic Holocaust, Deathrite and The Black Dahlia Murder, among others — unveil “Walls,” another new song from their sophomore Prosthetic release “No Epitaphs,” out worldwide on Sept. 4. Described by Noisey as “a crunchy, d-beaten breakneck banger,” the track can be streamed directly on Noisey HERE or below via YouTube.

“No Epitaphs” is also available for pre-order on CD and LP (including a download card and double-sided gatefold poster) via the Prosthetic Records webshop at http://store.prostheticrecords.com/bands/ramming-speed. You can bundle the new album with one of the limited copies (300 total) of their 7-inch for the single “Don’t Let This Stay Here,” which features an exclusive B-side called “The Wraith.”

Ramming Speed has teamed with MetalSucks to giveaway five copies of their “Don’t Let This Stay Here” 7-inch by having fans write epitaphs for their least favorite band. Enter here:  www.metalsucks.net/2015/08/20/contest-write-an-epitaph-for-your-least-favorite-band-win-a-ramming-speed-7/