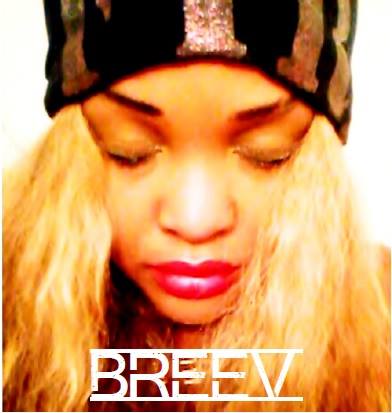 This week’s Femme Fatale feature gets multiple kudos, most importantly for her genuine character and patience which is something that is glorified and highlighted more often than less in the Hip Hop community with its females, who in the past have been branded with the “bad girl” image and reputation. Her name is Kiki Breevlife, and she is decorated with experience and exposure, sharing her talent whenever possible and with such a quiet strength. Born Brooklyn, the New York native Kiki Breevlife has taken flight as a female rap lyricist, singer, song-writer, and activist to the streets of Boston, MA. It was here that the talented lyricist and singer made her debut appearance as a member of the Mass State Committee.  The underground Hip-Hop group consists of Kiki Breevlife, REKS, Lucky Dice, and Chi Knox. Kiki Breevlife’s first guest appearance took place in 2001, offering her melodic voice on “Meet Corey Christie” and rapping on “Til Death Due Us” for the album, Along Came The Chosen, released by her  group affiliate, REKS.

Feeling ambitious and taking full claim of her destiny, Kiki Breevlife released her first solo project, “Mind Iz Free” on the Critical Breakdown compilation in 2001. The track was such a success that after it was first introduced through DJ Nomadik & Will Monestime’s  radio show, Tape Deck Tuesdays / Live Music Week on WERS 88.9, it went into continuous rotation. This made Kiki Breevlife the first female rapper to gain continuous airplay on what was considered, by Princeton Review, the #1 College Radio station in America. Not an easy feat for anyone, male or female.  Kiki Breevlife’s resume continued to further evolve, appearing on the radio show, “Hip-Hop Nights” with DJ Rob & DJ Optimus.   Her music has also been played on DJ Gee Spin’s show and DJ On & On’s Launchpad Cypher on Jamn94.5, Boston’s#1 radio station for Hip-Hop/R&B Music.

Kiki Breevlife is a passionate and fierce performer. She has shared the spotlight and stage with popular Boston artist, Akrobatik, Termanology, Ed.OG, Esoteric, Mr. Lif, and Edan. She has also participated in several showcases hosted by DJ Statik Selektah. Kiki Breevlife’s talent has placed her in the arena with other Hip-Hop greats, opening for the likes of Pharoahe Monch, the legendary KRS 1, Special Ed, and female Hip-Hop pioneer MC Lyte at Boston’s HipHop Unity Fest sponsored by Mayor Menino at the City Hall in Boston MA. The Hip-Hop Unity Fest drew a crowd of no less than 20,000 people. She has also headlined in the popular venues, the House of Blues (Boston, MA), Bill’s Bar, and The Axis. Kiki Breevlife’s alias is a familiar name to other Landsdowne Street area and the Middle East Cambridge venues.  Like any true emcee, Kiki Breevlife has competed and won MC battles in and around Boston and New York City, including Kevin Powell’s,  HipHop Speaks MC, hosted by Poison Pen.

No one would guess that she is equipped with such an iron will on first appearances, but her resume is incredible. Kiki Breevlife has performed with Ty Nitty of Queensbridge’s, Infamous Mobb. Their collaborations tracks, “Chase the Trap” and “Dats Da Game” were later featured on the Screwball Mix compilation. She’s also appeared on New York’s popular, DJ J-Ronin: All Elements Vol. 6 Mixtape, hosted by Jaz-O along side other great artist.  The most acclaimed feature and collaboration of Kiki Breevlife’s career appears on Brooklyn emcee, Marco Polovision’s, Legendary Cypher Album. The album-titled song included a collaboration with the iconic and legendary Run of Run DMC, Persia, host of VH1’s the “White Rapper Show”, Hakim Green of music group, Channel Live, and battle rapper, DNA.

Along with Music Existence magazine, her skills on the mic and incredible personality has drawn opportunities for media press. She’s been featured in a range of publications such as the Boston Globe, Boston Phoenix (archived, and no longer in publication) as one of Boston’s most influential female MCs of the early 2000s, and has also appeared on 106 and Park with Raw Earth, an all female hip hop collaborative that she co-founded.

Kiki Breevlife discography includes the mix-tape, Unfinished Biz, released in 2005. In 2012, after taking a hiatus from music to focus on her education, Kiki Breevlife released another mix-tape compilation,  Total Control vol. 1. The multi-faceted project highlighted a blend of the essence and smooth R&B, complimented with the edgy appeal of EDM. She shows no signs of slowing down! Keep your eyes and ears open for her as Kiki Breevlife is currently in the studio working on her next project, Formless, due to be released in 2016 and a collaborative music project with Brooklyn based Rapper and Director, Marco Polovision entitled, Waking Life.

Keep up with this amazing artist on these social media platforms:

Danielle Blaiq is a Brooklyn born Indie Hip-Hop Soul Recording artist, and Co-Author/Blogger for MusicExistence Magazine. Danielle is the Co-Founder and Marketing Executive for the social conscious clothing line, Our RealiTeez. She is also a published Poet, and Screenplay Actress. She currently resides in New York, NY.
@DanielleBlaiq
Previous Disturbed 2016 North American Tour – Tickets on Sale Now!
Next Crash Course School of Rock – An Interview with First Decree: “One of the things we learned from In This Moment: know how to treat the bands that are under you on the touring bill.” 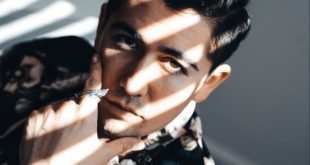